LesPlenty said:
Dabnation swindled the original owner/maker by getting his Chinese manufacturer to make the Carta for them.
Should be fine getting from PIU.
Click to expand...

Fair enough
Well I don't know, but Focus V the company has not only accepted my serial number as a legit registration for the 3 year warranty they give but are already going to honour the warranty

Anyway, I contacted focus v and had told them where I purchased it from and they are happy to replace and create a label for post to them while they send a replacement

So who knows, but appears to be no bad blood between them and no issues with legitimacy with my unit 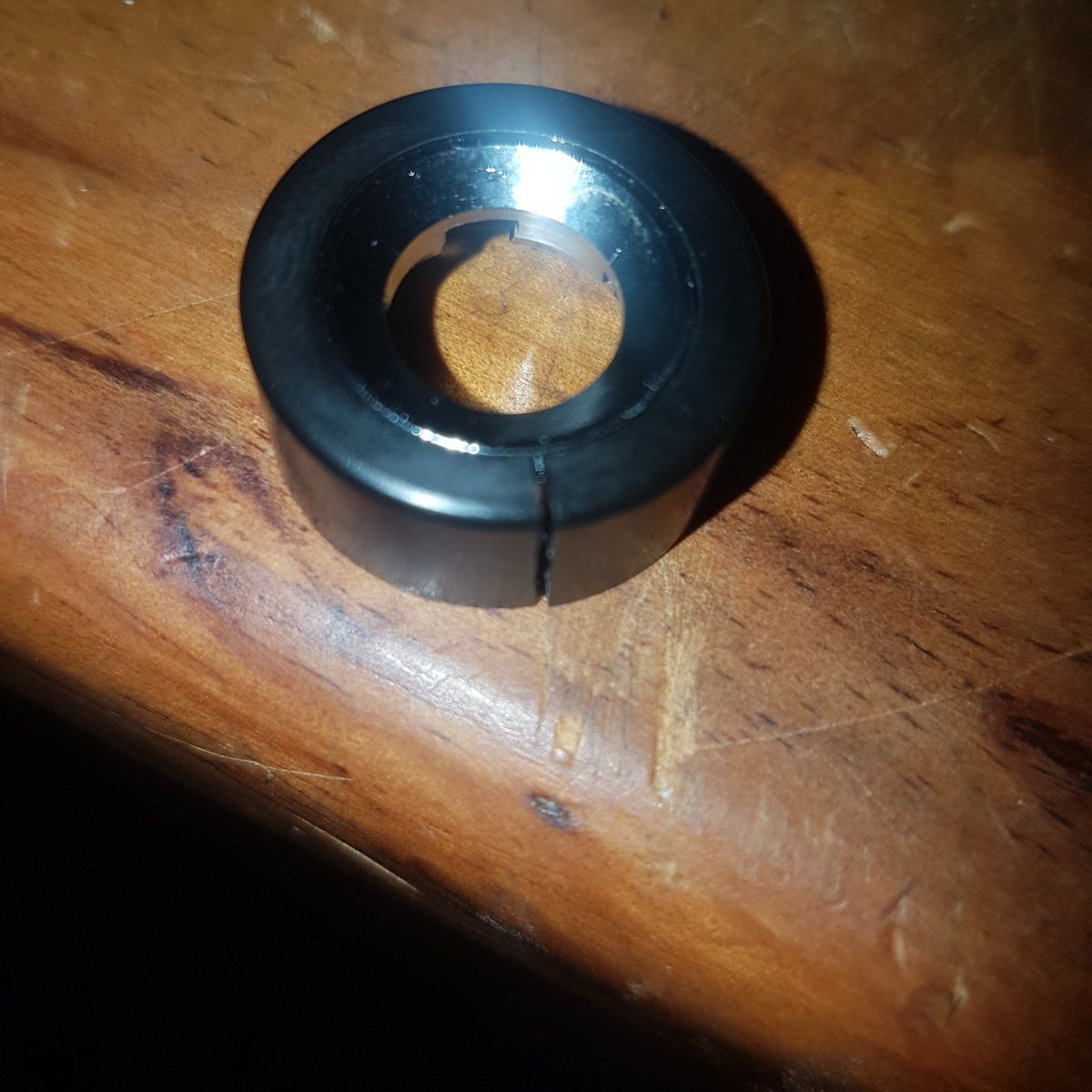 Halo and Ti hit harder and straight away

So I like the Ti more with the Carta

One works much better than the other

I got this in F style
It works, but not as well as the next one
It is smooth and hits okay, but the clouds are a lot thinner than native

This one is the better of the two or best of the 3 I own
It is smoother, gives thick clouds and is easiest to clean
Still a bit of cleaning needed but this is better than the native or other gate cap
I think the fact that the hole is smaller like the native helps
Less wasted vapour too and more gets through to the water bubbler before globbing

The hole on the other bubble is too big

I like this cap a lot, keen to see how it goes with sic

I tried with a ruby pearl
It tastes really good, best with the last cap posted

So brilliant flavour with a ruby pearl, but cleaning becomes annoying

LesPlenty said:
The Everlast Coil no longer has a lifetime warranty, it is now only 12 months, maybe not as everlasting as they first thought. May as well stick with the standard and get a rebuild kit for a spare as the everlast sucks more power and delivers less than the standard.
Click to expand...

My sic dish hasn't arrived yet, I messaged DHgate seller and they said it was delivered according to tracking
Unless one of the local ratbags stole my mail it never arrived

I'm in the middle of negotiating a replacement 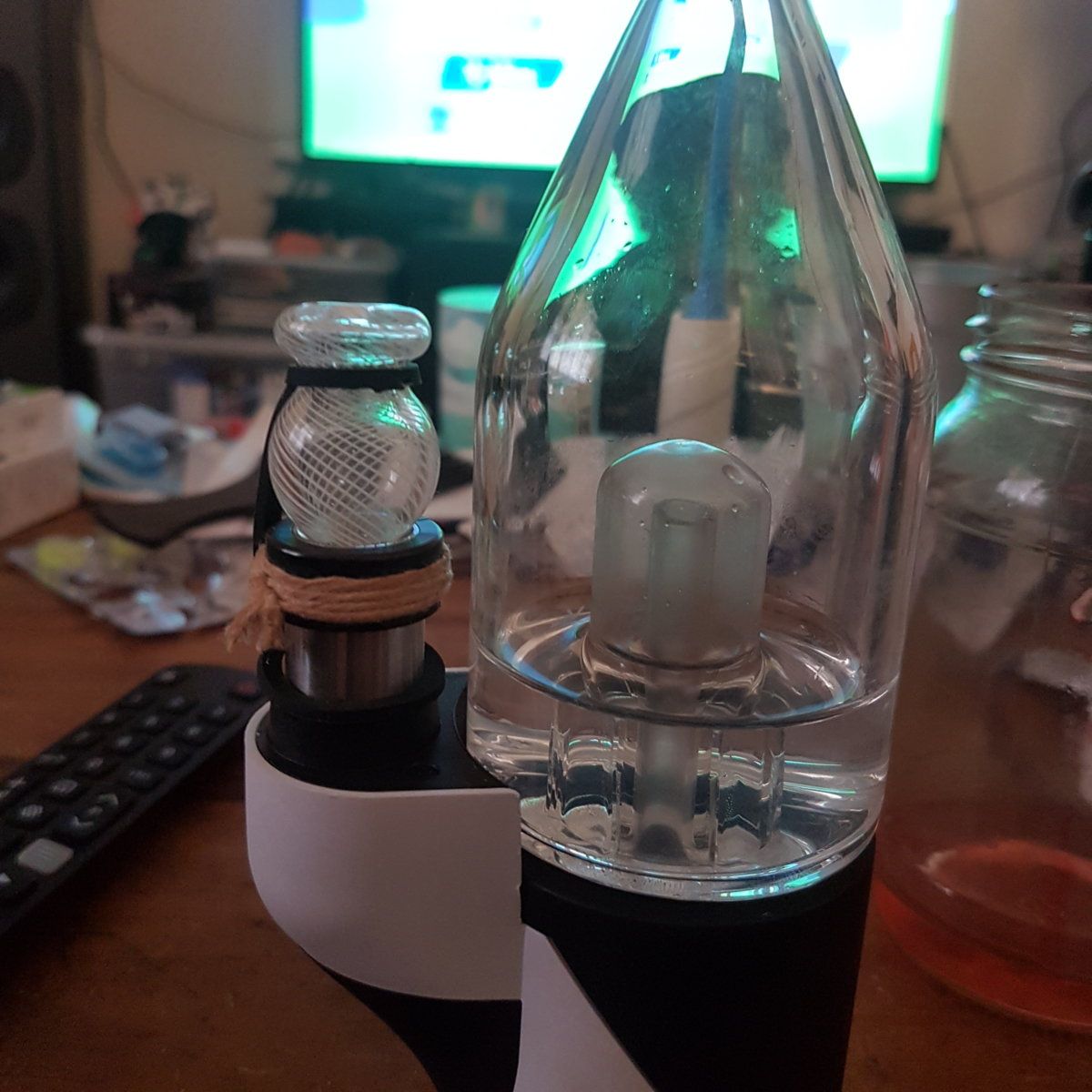 I got a couple of packages today
:)

It functions really well
The flavour is slightly different, but still quite nice
The vapour is a lot smoother and nicer to inhale
The Ti bucket seemed to clean up a bit easier so maybe better vapourisation using this ceramic lid

Pictures next to the of lid that I've repaired with twine 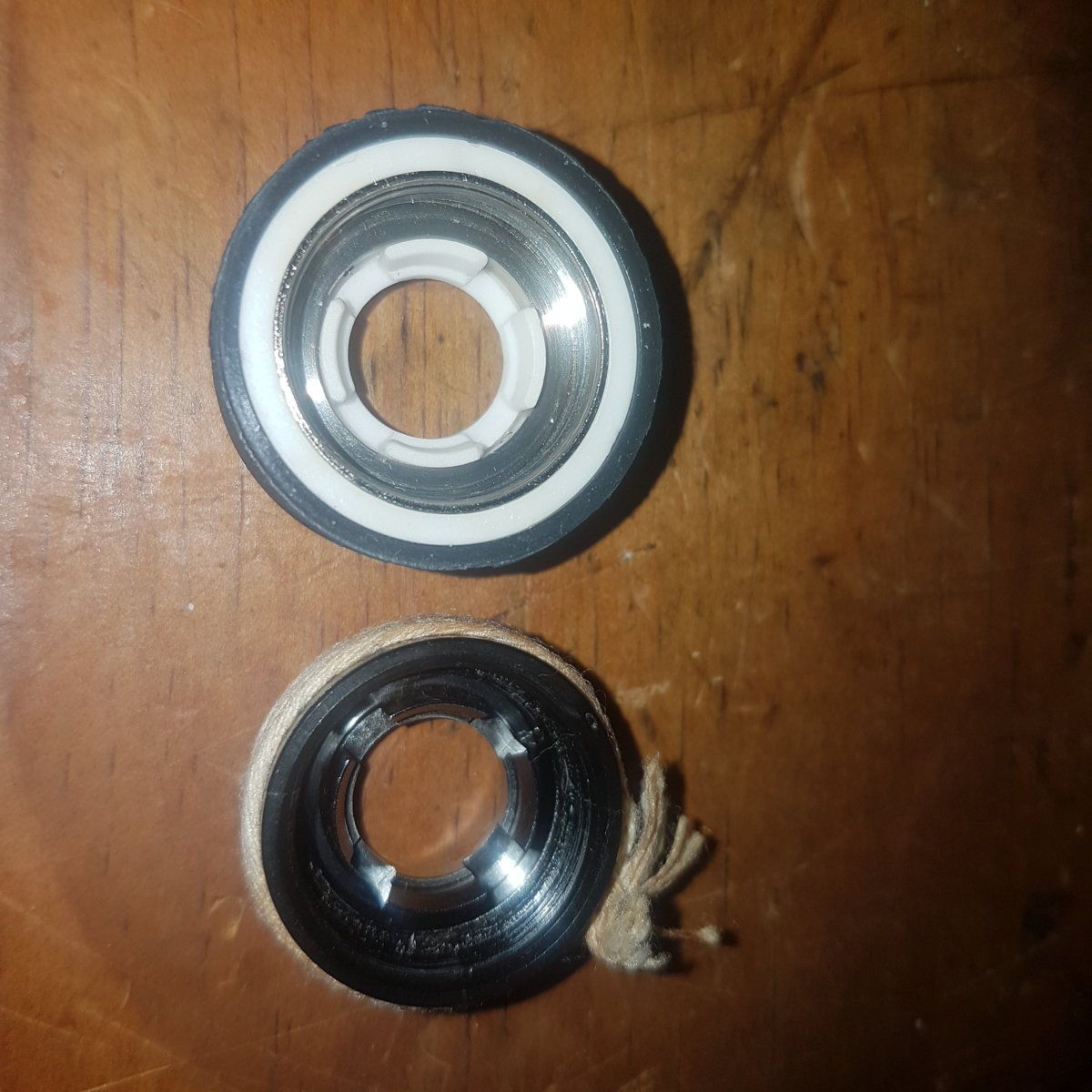 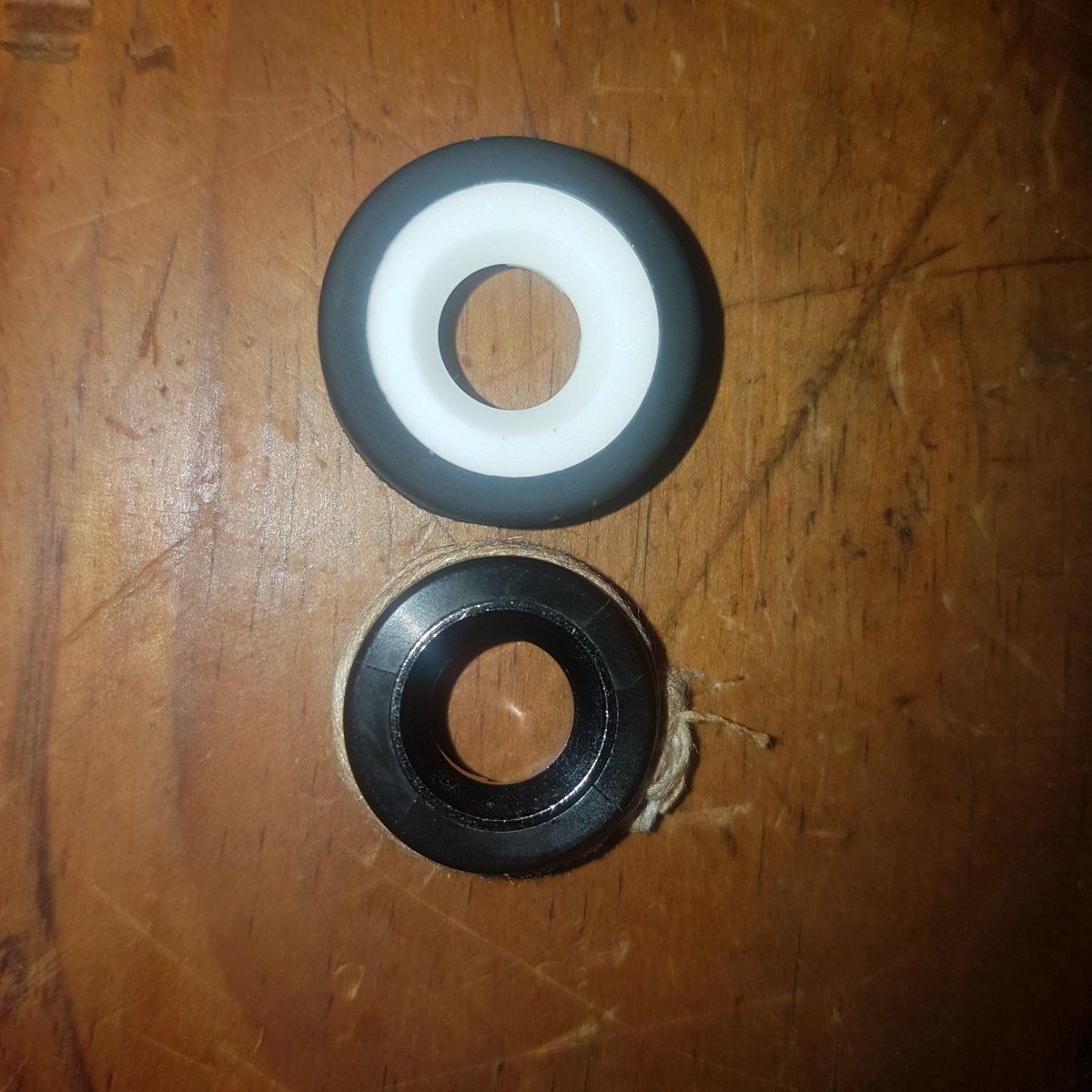 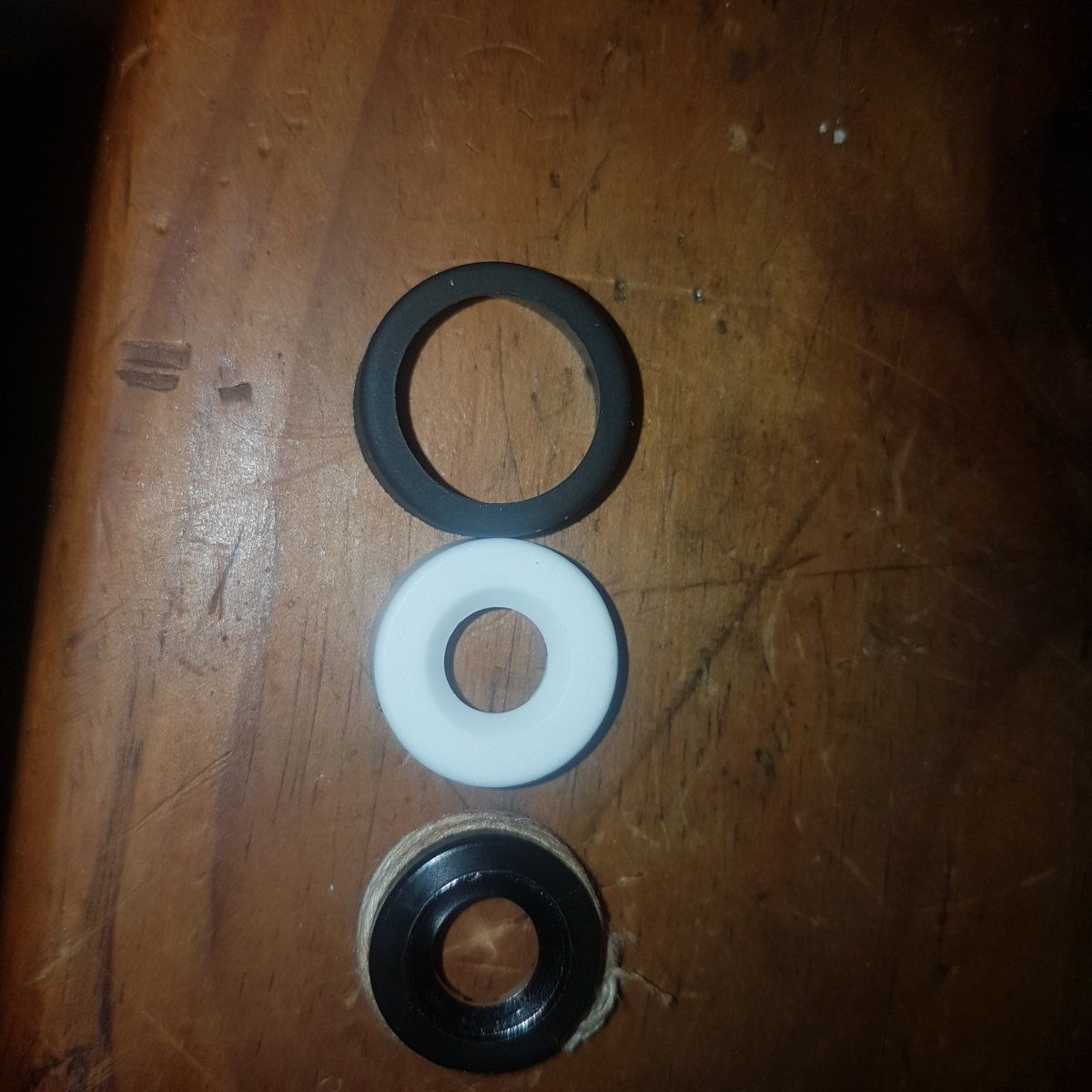 The spare batteries I got from PIU are perfect
They also have 1200ma printed on each individual battery as the ones that came with my Carta
Given that these are from PIU I believe them to be genuine
They came in a nice little carry case
Pics of batteries, case and of new and old together showing they say they are 1200ma 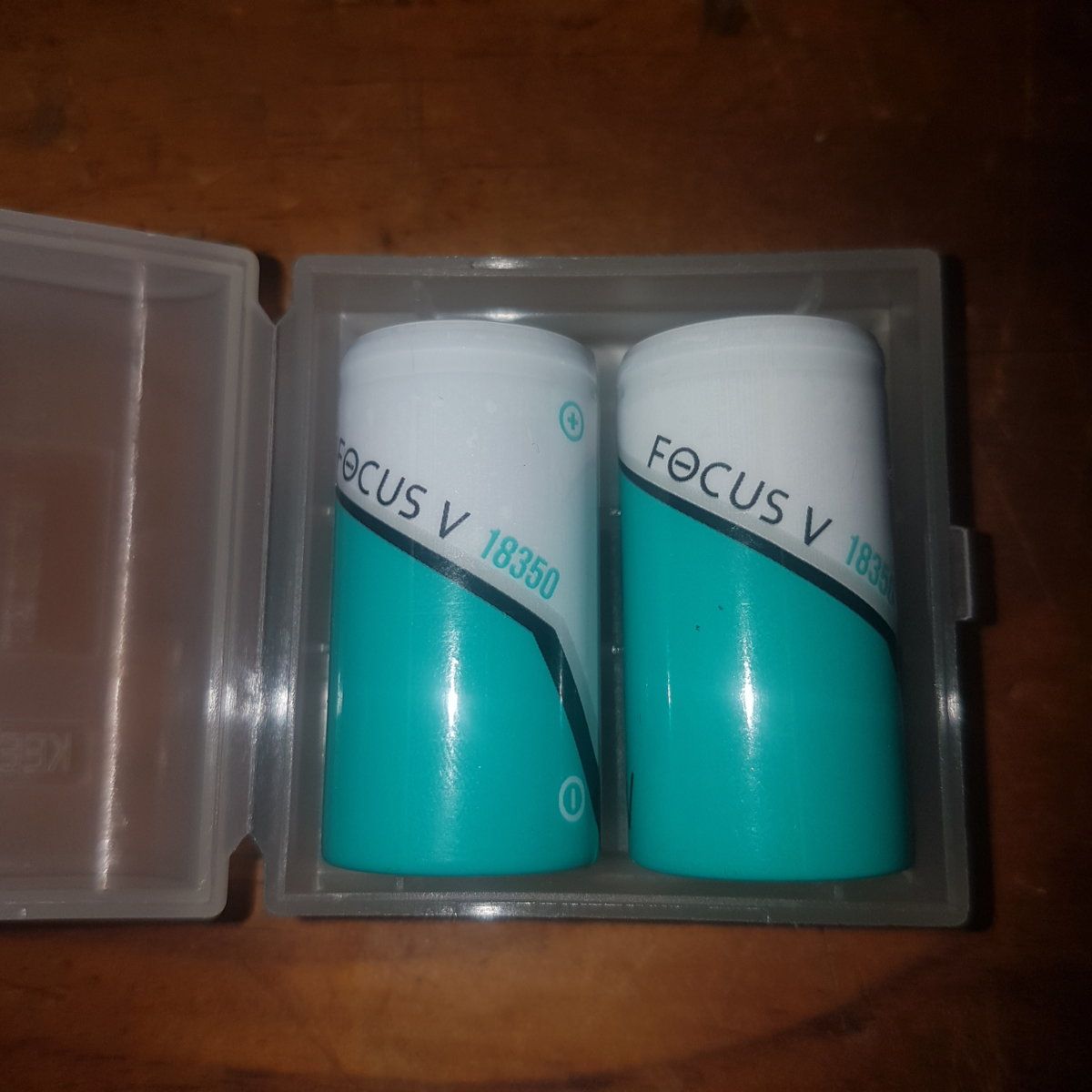 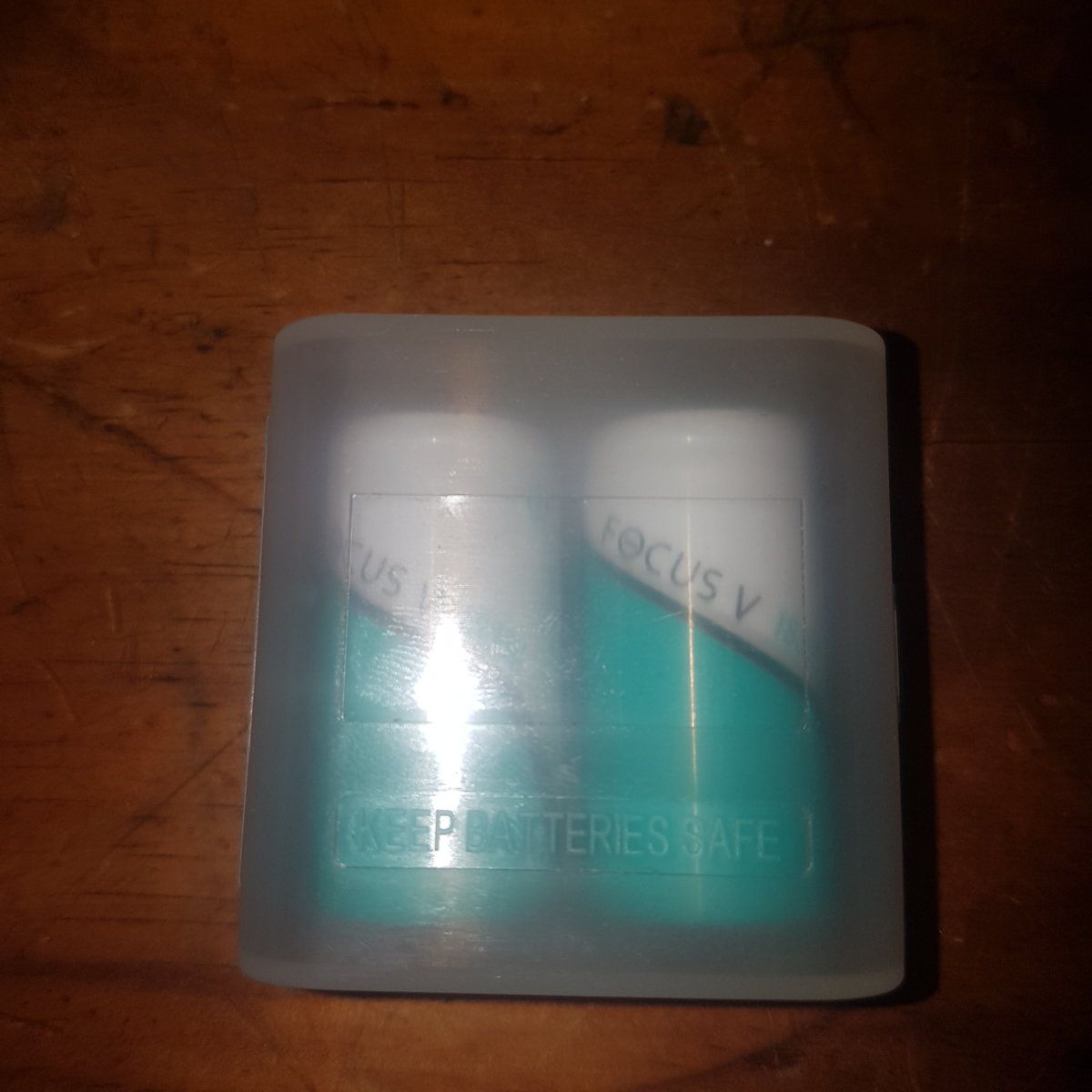 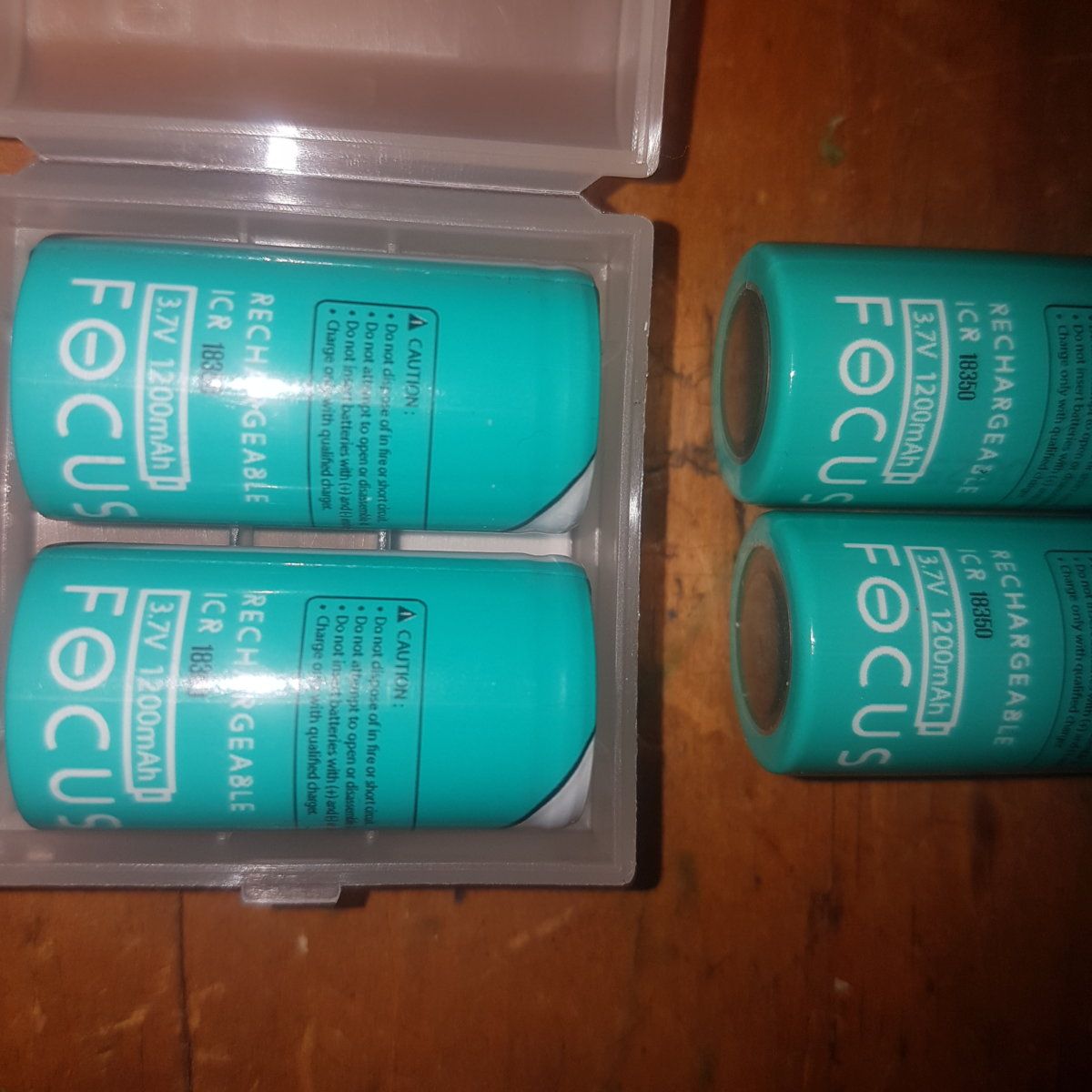 I also got one of the dry herb atomisers to try

It has a ceramic chamber which usually gives good flavour

The avb/abv is pretty even and brown

Only thing I can think anyway

Pics of avb and atomiser 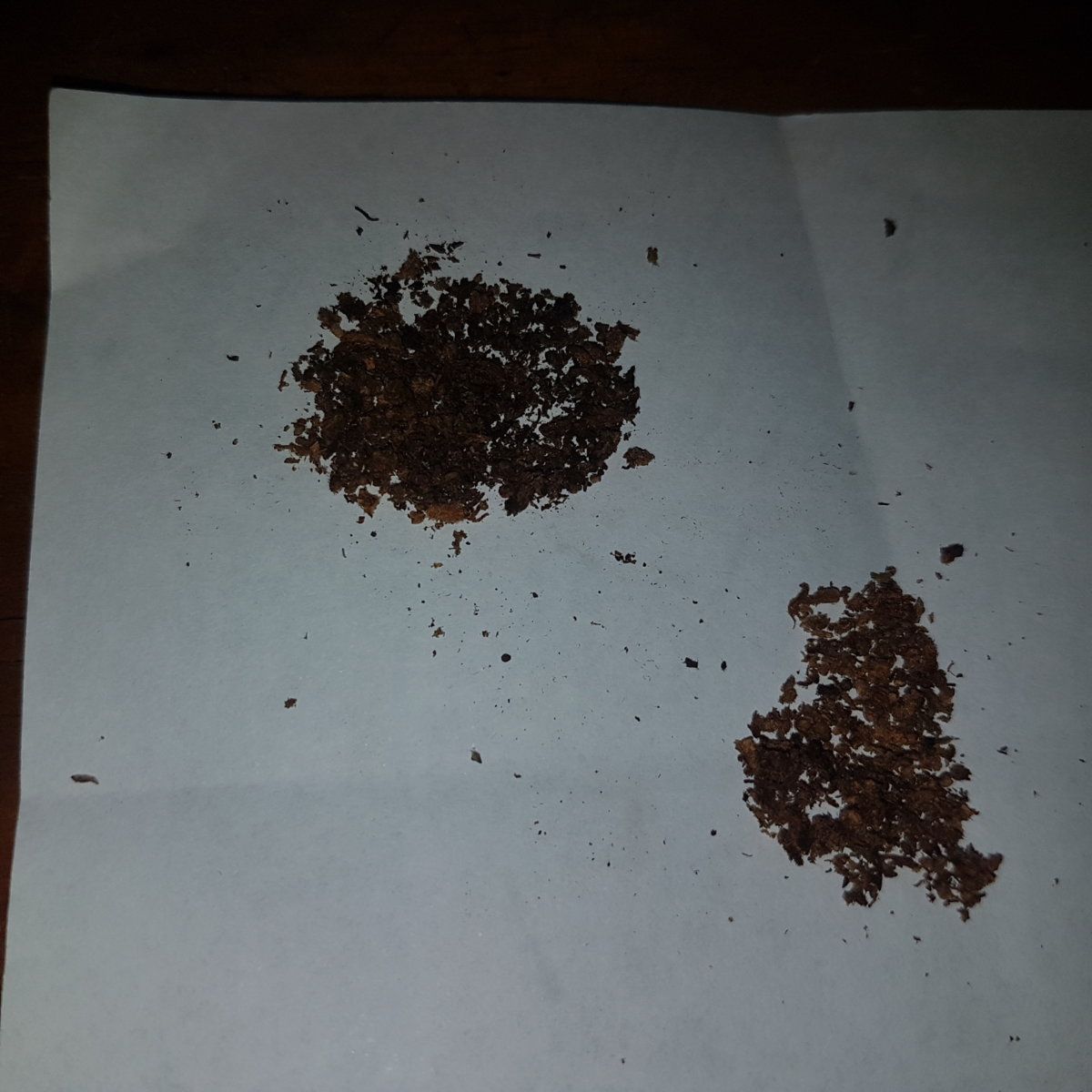 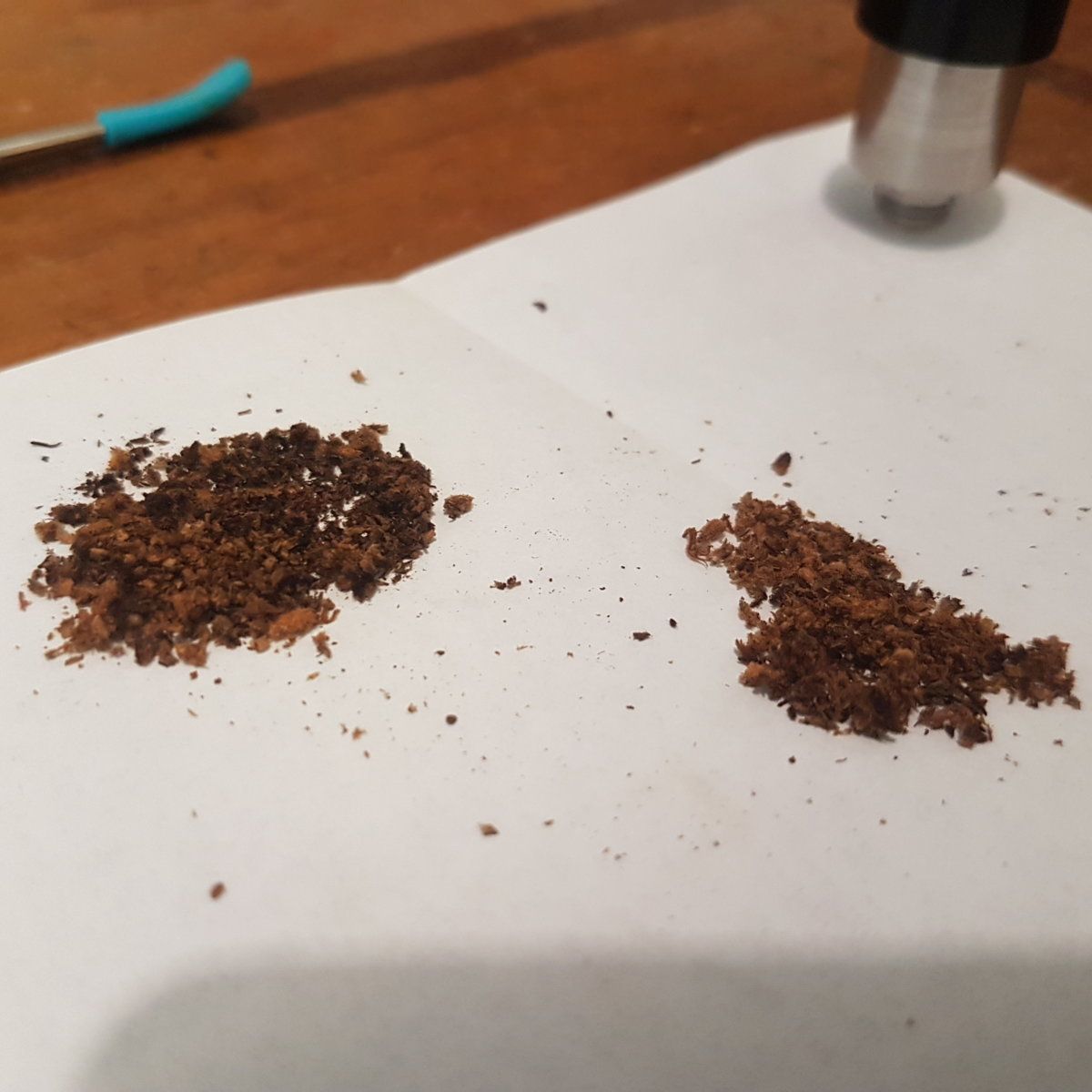 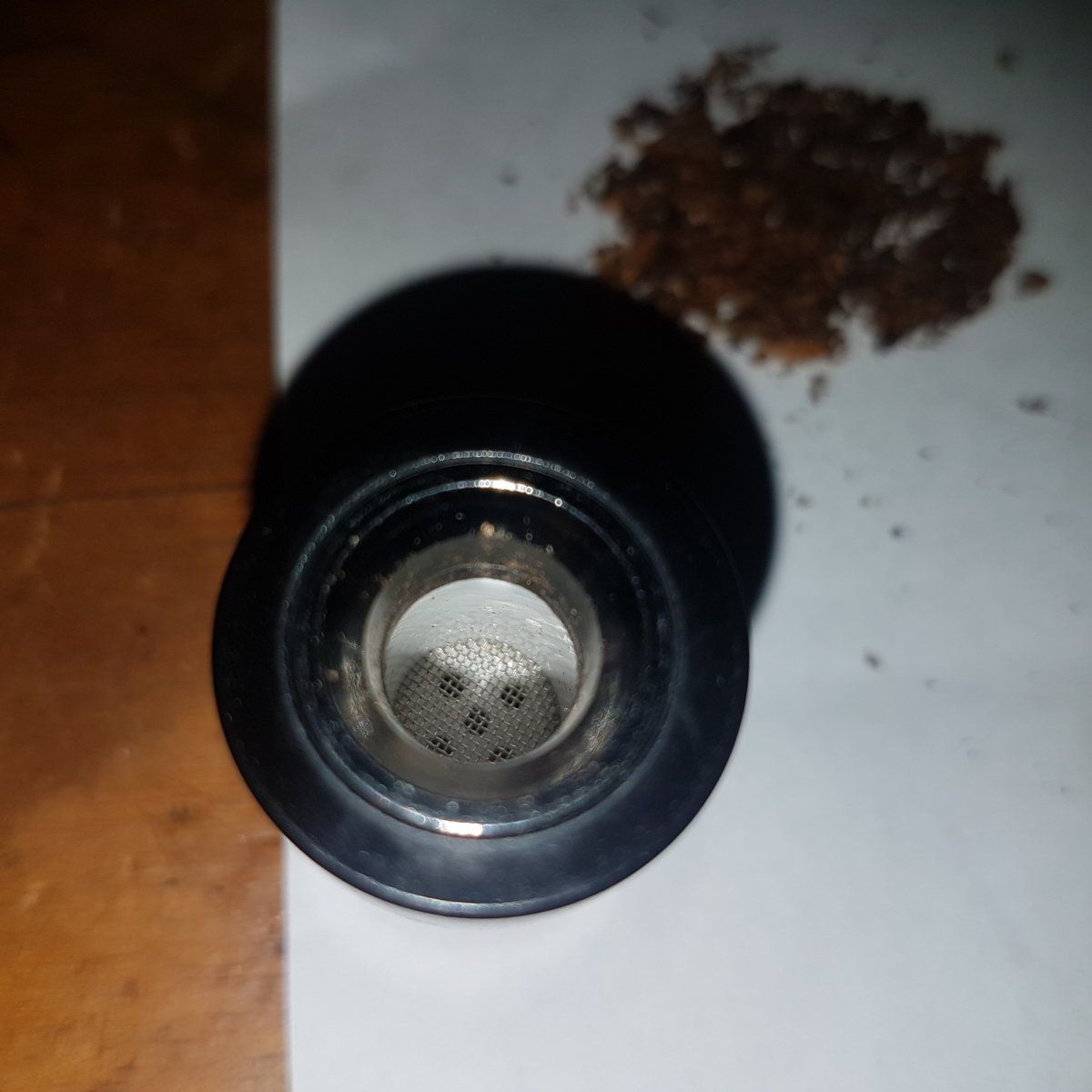 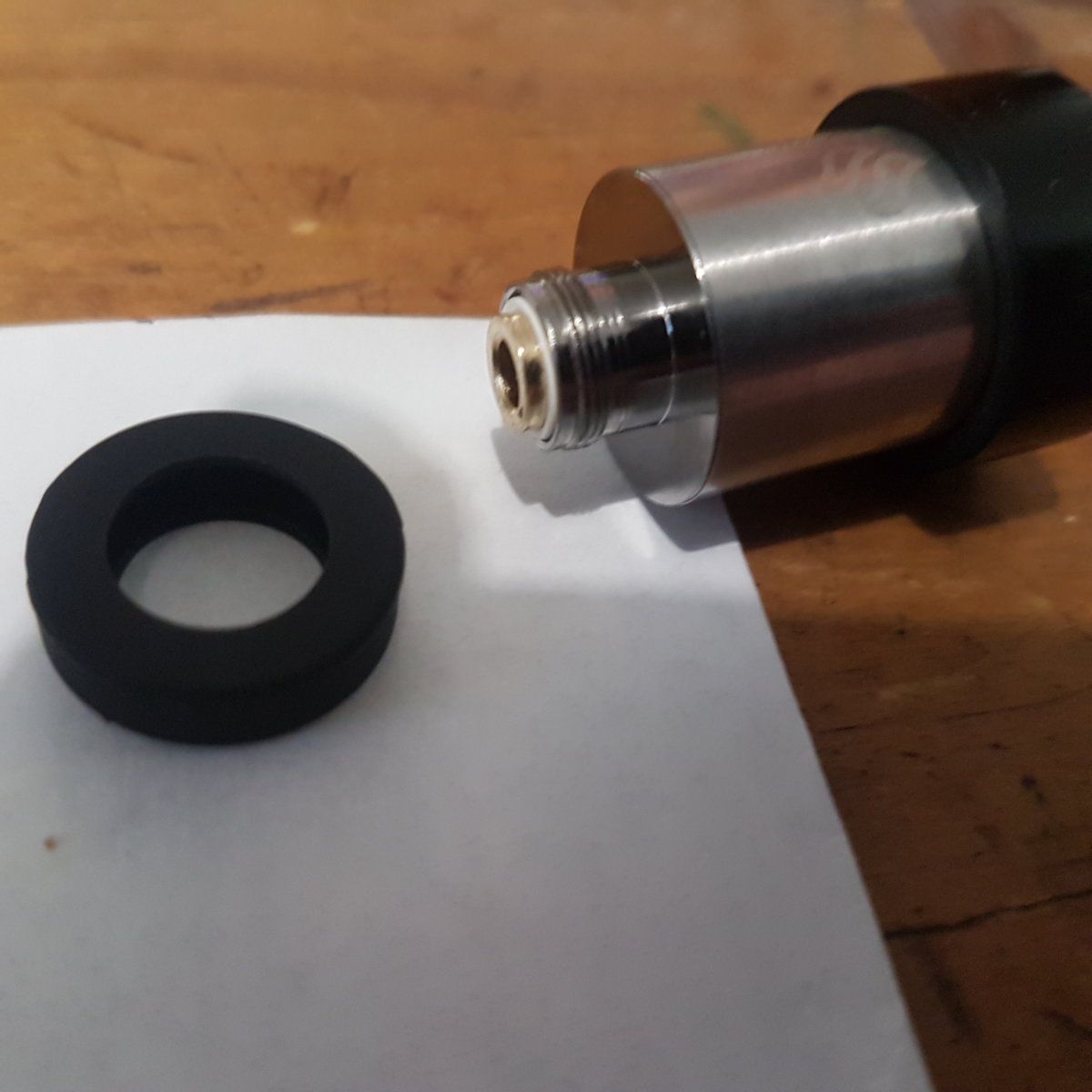 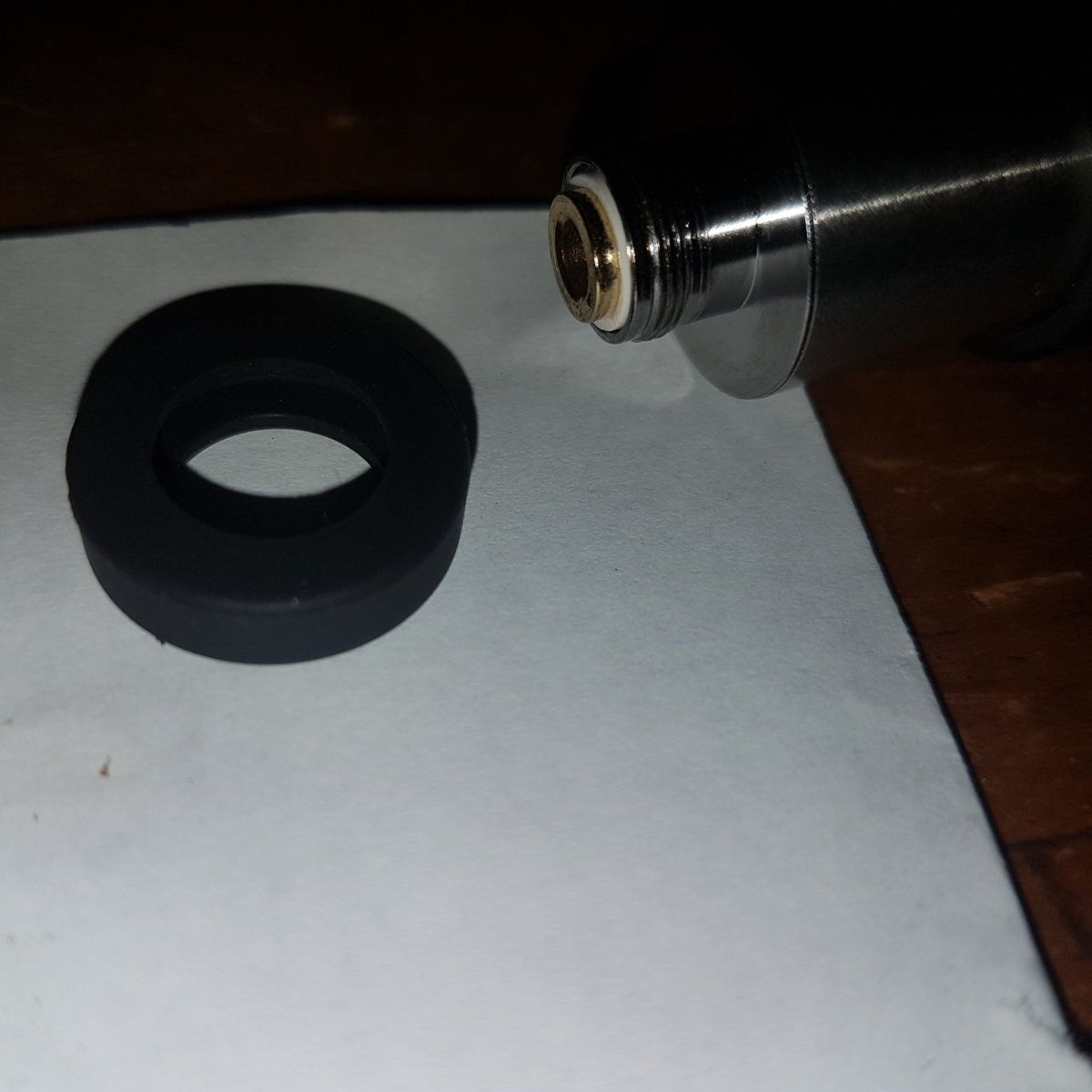 Spare batteries is great to have too

Yesterday I had only one dab through the new lid

It makes this capable vape a little beasty

The second sic bucket that I ordered arrived the other day
The first was apparently stolen from the mailbox ...

This has completed the attachment adds and really upgraded the vape

The Ti bucket is more intense flavour
The sic is more subtle, but it is better taste over all and more haloesque
You can take some decent size dabs now with less wall climbing and good hits without too much cougherousness

Also I find when I clean the rest of the Carta that it is a lot less dirty
More vapour seems to get through to the bubbler without sticking along the way?

I have found that it's best to do a bit of a heat soak before adding the dab, the sic seems to absorb the heat a bit slower and hold it longer
It's also slightly thicker construction than the Ti

I still have not played with the app
I would like to and although I only use it on 500 happily, I think the sic being thicker could possibly do better at 550 in the focus
On halo I use at 500 and finish at about 570
I just am still suss on the app wanting access to.my entire phone
They don't need this
Maybe I should break out an old phone and wipe it clean and it can be my Carta phone....lol

If anyone was to buy a Carta my recommendations would be

The bubble cap may not be as necessary if you have the first two mods, but helps nonetheless

But focus as a company great cs and communication

My carta is better than it ever was

I have not used a Carta as I tend to shy away from rigs that us an "atomizer" type heater.

But I have used the Carta glass on a NV Tsunami (uses a true enail Ti banger and coil) and liked it WAY better than the Peak glass on that device (the Tsunami can take either or now a hydratube option).

But the Tsunami is indeed very expensive (to me) and I have not found the desire for one to yet outweigh the price. 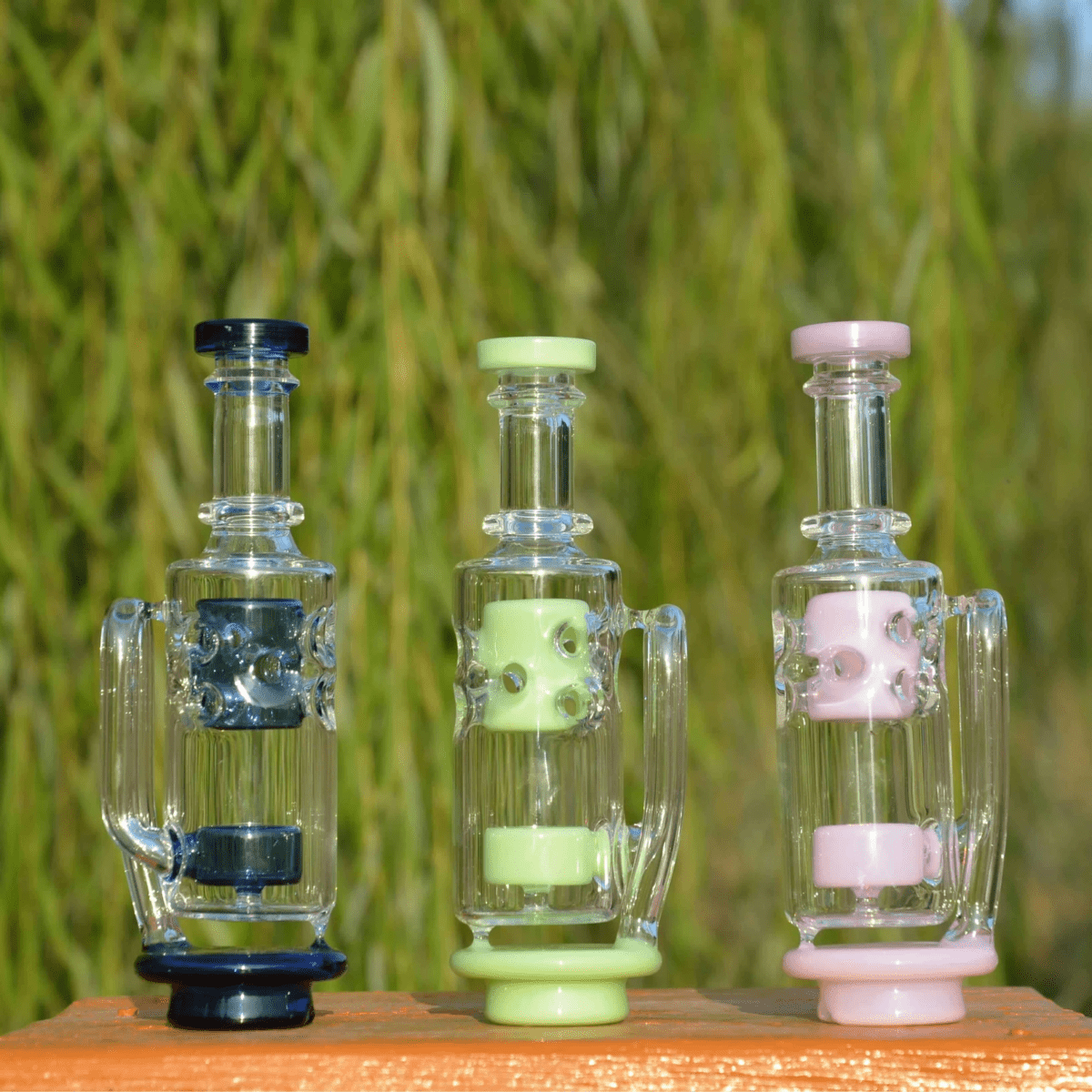 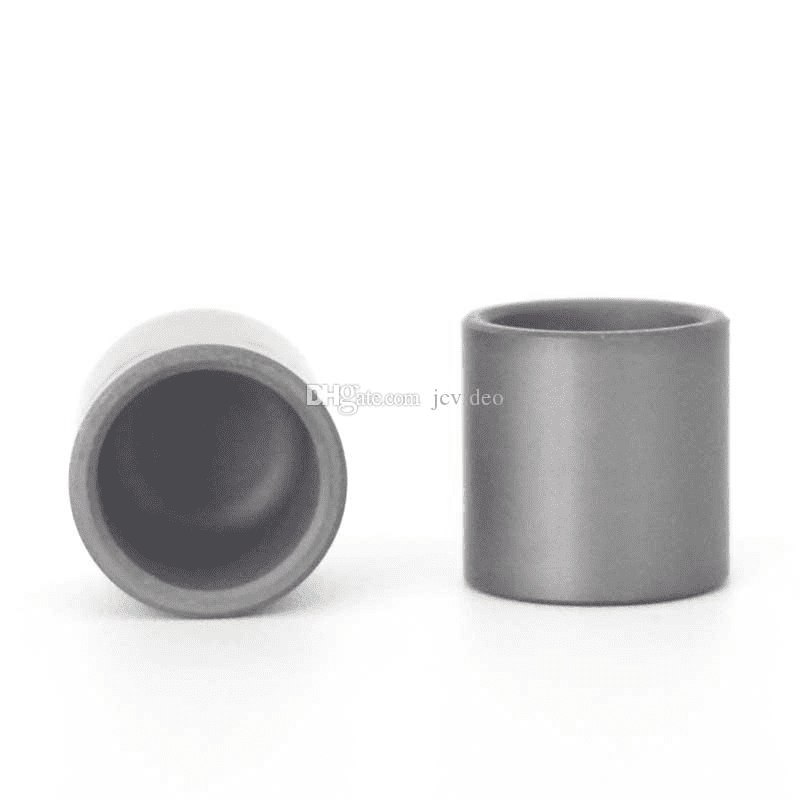 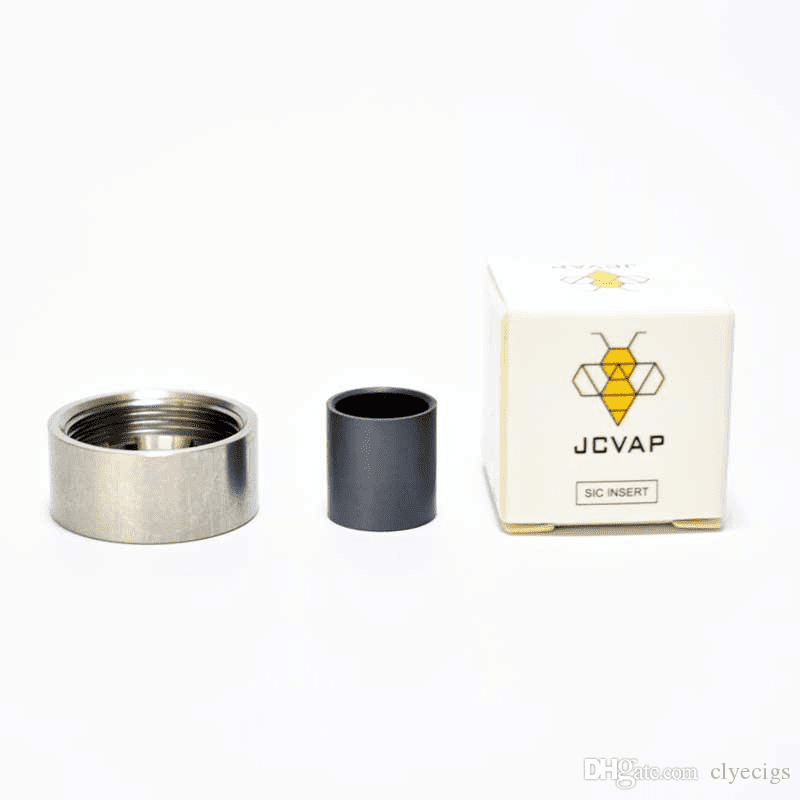 Using the OG Ti I haven't blown a coil for ages

DHgate diy coils are perfect and easy to change

The latest version comes with a bit different atty, Everlast atty and led light show in the glass...I think it is the glass,

LesPlenty said:
The latest version comes with a bit different atty, lifetime Everlast atty and led light show in the glass...I think it is the glass,