Staff member
If you aren’t familiar with non-dairy ice cream, let me welcome you to The Game. Before I lose all you dairy lovers, I’ll preface that this recipe can double as dairy ice cream if desired, and/or has been known to thoroughly sate non-vegans. If you are a dietary enthusiast, you’ll appreciate the flexibility this recipe offers in catering to a wide range of preferences. I’m going to lay out the brickwork for blender-made ice cream and provide you some flavoring ideas that you can take off and run with. It’s the Choose Your Own Adventure of ice cream, if you will.

Recipe for Vegan/Raw Blender Cannabis Ice Cream (or “Cannab-ice cream”)
The Base:

We have two key players that you’ll want to keep an eye on: leading lady Banana (for texture and thickening) and supporting actor Milk (cannabis-activated and/or dairy-alternative, if preferred). Using these two in concert provides you with a texturally satisfactory (the vegan battle royale) platform that you can dress up however you’d like.

I encourage you to play around with the wide range of milk alternatives at your disposal as each will provide a slightly different baseline texture and flavor. For information on making cannabis-infused milk quickly and easily, look no further than our recipe for how to make cannabis-infused almond milk. If you’re interested in milk alternatives and would like to know more about their nutritional value comparatively to conventional milk, read at your leisure an outline on WebMD or Oregon State University’s Moore Family Center Blog. Also, note that many milks are available with vanilla flavoring, which can be particularly useful for ice cream recipes.

Once you have your base, the sky’s the limit. Consider strong, distinct flavors, as they’ll be best for masking the sometimes undesirable cannabis flavor. Fruit, nuts, and spices are great options. Add flavors to taste — start small and work your way up! Here are some ideas to get you going.

Note: The amount of cannabis milk specified in this recipe is a very loose suggestion; the actual amount you use should be modified based on the strength of your cannabis milk and the potency you desire. Dosing homemade edibles can be tricky (click here to learn why), so the best way to test for potency is to start with one portion of a serving, wait one to two hours, then make an informed decision on whether to consume more. Always dose carefully and listen to your body, and never drive under the influence of cannabis.

Staff member
How to make Cannabis Ice Cream
Cannabis and ice cream are a summer match made in heaven.

Ice cream infused with Cannabis or flavoured with terpenes will soon be popping up everywhere this summer across South Africa.

The taste of cannabis is an enigma, as the plant is usually inhaled or mixed into a more dominant flavour (dagga cookies, for instance, which taste mostly of chocolate). To craft a true cannabis flavour is a challenge some chefs and food entrepreneurs are now trying to master.

Besides THC, expect to see CBD being added into ice cream too. CBD likes fat and oil, and milk is a fatty oily drink that we have every day. Adding CBD to milk will be a natural progression. We already see CBD in water all over America, and now ice cream. CBD is going to be the next additive in everything.

It would be negligent not to mention the fact that any cannabis product that appeals to children—or even other adults – must be properly labelled, and, in the case of yummy ice cream, be locked away in an adult-only freezer far from tiny prying hands.

Perfect for a summer day. 1 scoop of ice cream is around 20mg THC. 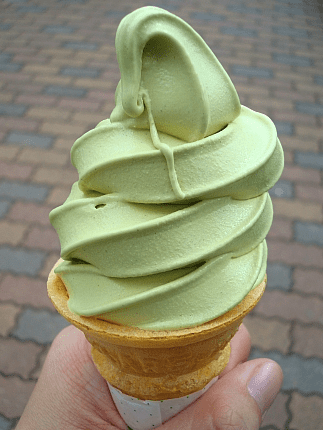 I gotta get a magic B machine,
I like old school way but can b tedious,
MOTG do you own one? worth its price point?
This looks delish!

Helios said:
MOTG do you own one? worth its price point?
Click to expand...

I do own one.... and think it makes things much easier.

But I know that there are many who feel it's just as easy (and sometimes more effective) to use the old crock pot method. I think it's all sort of subjective.

I like being able to just plug it in and forget about it. So I tend to always use the MB machine for infusing.

And I'm thinking this recipe looks pretty damn good. And I also have the Cuisinart Ice Cream maker....

Staff member
And another ice cream recipe... this one looks easy peasy.

How to Make Cannabis Ice Cream


Cannabis ice cream, or infused ice cream, is rather easy to make at home. Ice cream has been a favoured dessert across the world for over 2,500 years. One of the first known occurrences of ice cream eating was when the ancient Greeks mixed snow with fruit and honey and served it together during the 5th Century B.C.

This infused dish uses cannabis cream as the carrier substance for cannabis and just 4 ingredients in total. This ice cream recipe can also be made non-infused, just substitute the cannabis-infused cream for regular cream.

Cannabis cream is made the same way as cannabis milk. Although substances such as cream and milk will not absorb as many cannabinoids as oils or butter, it is still important to recognize an appropriate dosage when it comes to cannabis edibles.

Equipment Needed to Make Infused Ice Cream
As with all of our cannabis edible recipes, there is no specialized equipment needed. Homemade cannabis edibles have the ability to empower the consumer and requiring specialty equipment may put a lot of people off ever trying to make their own edibles.

As mentioned, in order to prepare to make this cannabis-infused ice cream there must be a supply of infused cream. Click here for our recipe for cannabis milk which is the exact same recipe we use to infuse the cream with cannabis.

How to Make Cannabis-Infused Ice Cream
This cannabis ice cream is vanilla flavoured and may serve as a base recipe for any flavour of ice cream. There are several different flavours and their ingredients listed below this recipe. 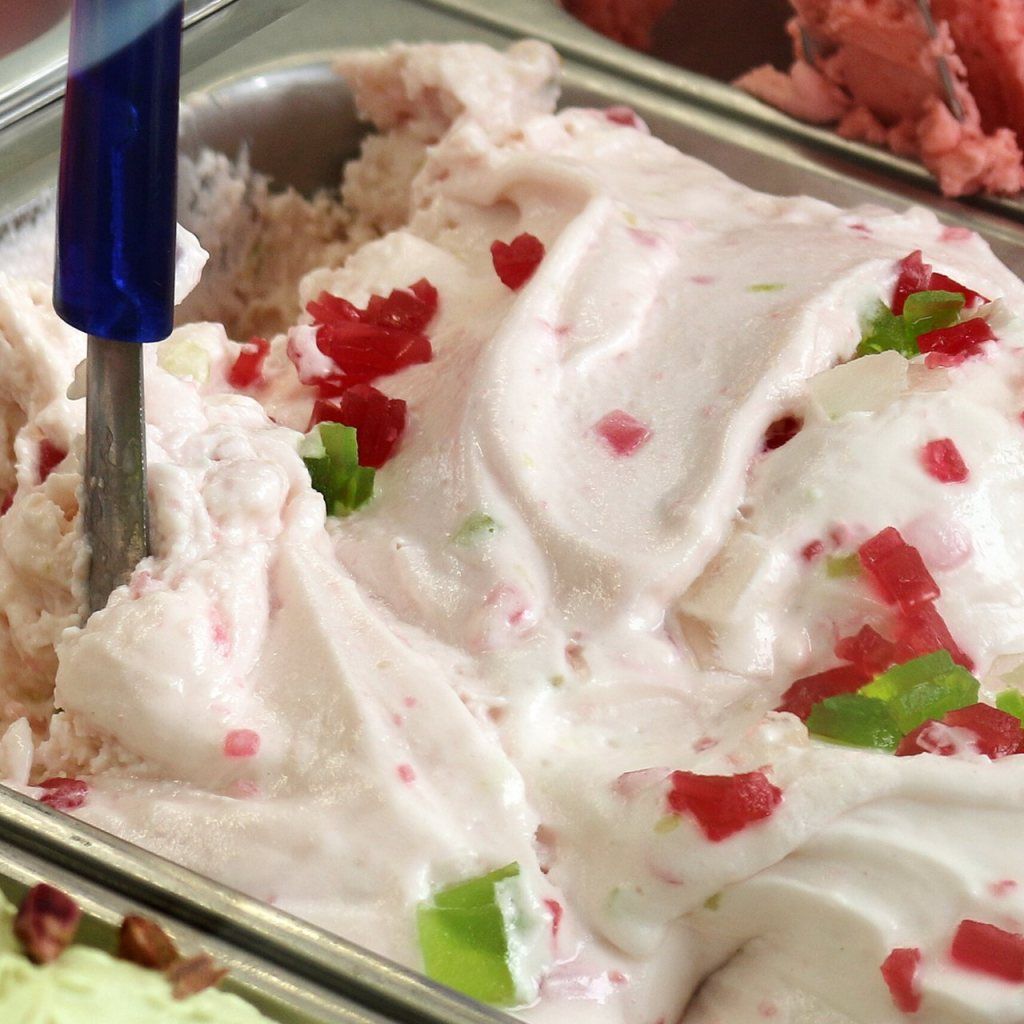 Staff member
If you don't have a mold to make these, ice cube trays would work...

This tasty Cannabis Strawberry Banana Yogurt Pop recipe is quick and easy! This elevated treat is packed with amazing taste, it is the perfect mix of sweet strawberries, and delicious bananas. The hardest part of this easy recipe is waiting for them to freeze, so you can dig in! We will be infusing this recipe with Canna-Milk. My personal favorite is Almond Milk, but any infused milk will work! 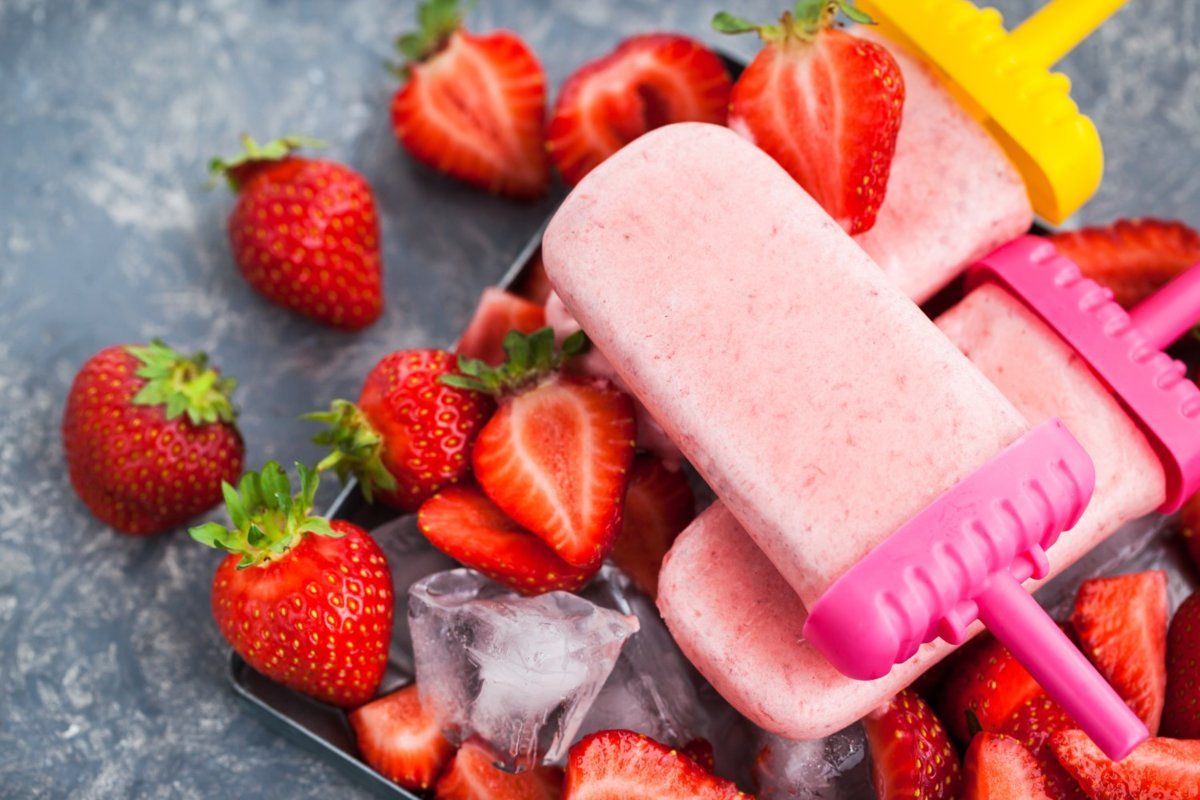 Add all ingredients into a blender, blend everything until totally smooth.
Fill the Popsicle molds 3/4 the way full. Insert a stick into each mold, about 3/4 the way in.
Freeze for 4-5 hours, or until completely frozen. When they are ready, put the mold into a bowl of warm water for 15-20 seconds, then the popsicles should slide right out.

Staff member
Got any of those plastic ice cream molds sitting around the house? 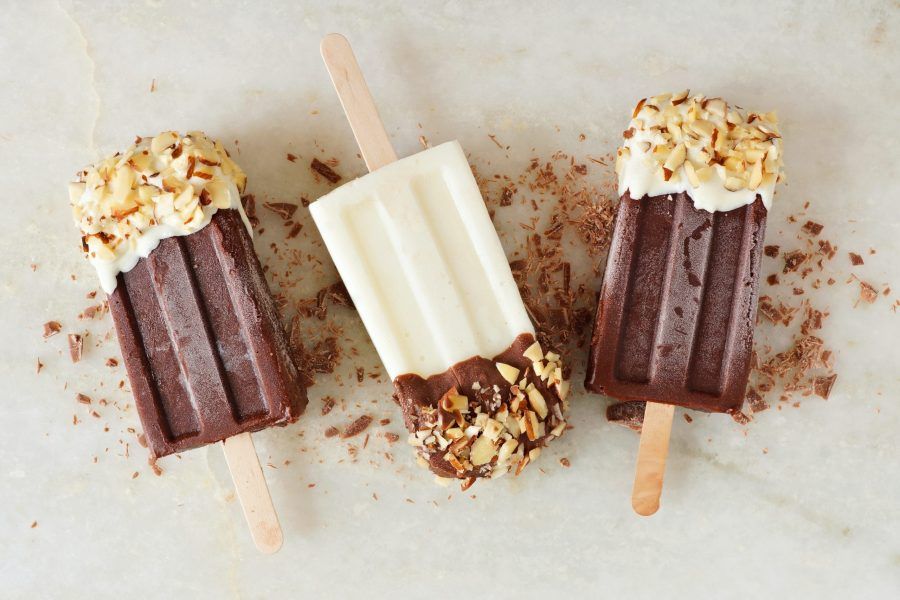 As a kid, what was your favorite treat in the summertime?
Does it take you back just thinking about it?

Life was so simple back then, right? For many of us, those childhood-summertime memories are the best. You spent your days playing, exploring and most importantly: snacking!

Have you ever enjoyed home-made weed chocolate pudding pops?
The British claim stake in creating pudding in the 17th century. But the past is the past and today? You’re claiming chocolate to take over your tastebuds!

Weed chocolate pudding pops are better than any summertime snack you may have ever had. BUT it’s for REAL chocolate-lovers only!

While making your own rich and sweet weed chocolate pudding pops, you may be inspired to add a few other fun food-items into the mix. Creativity is encouraged, and yes – you have to share!

You could try mixing in the following add-in ingredients, but if you want to keep it simple, that’s cool too.

Staff member
Yikes!!! Who could stop at just one? These frozen treats look delicious!
You must log in or register to reply here.
Share:
Share
Top