Staff member
Angela Merkel's party mulls legalizing cannabis in Germany
Prominent members of the ruling Christian Democratic Union (CDU) have begun to openly discuss legalizing marijuana in Germany. The move would be a historic policy turn for the
conservative party.

Germany's center-right Christian Democratic Union (CDU) is openly considering a momentous u-turn in the party's attitude to the legalization of cannabis.

"Cannabis could be freed for personal use, of course with controlled production and distribution," CDU interior policy spokesman Marian Wendt told the RND network on Friday. "The resources freed in the police and judiciary should be used to fight the illegal trade."

Ludwig, of the CDU's Bavarian sister party, the Christian Social Union (CSU), told the Neue Osnabrücker Zeitung newspaper earlier this week, "We need to stop with the ideologically charged black-or-white debates, because we won't get any further."

Instead, the new drug commissioner said the focus of drug policy should be on practicality. "At the end of the day, what is the best way to protect the health of people, especially young people, and which path makes the most sense for the situation in this country?" 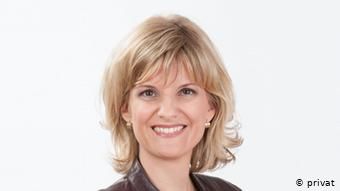 Germany's new drug czar Daniela Ludwig has a more liberal take
Ludwig also said that the party had been "thinking about" legalization "for years." "Of course you don't get addicted from trying it once," she added. "That's exactly why we looked at different projects for controlled distribution."

This struck a markedly different tone to that of her predecessor, Marlene Mortler, also of the CSU, who last year said in a statement, "The constant debate about legalization is heading the wrong way. It suggests to young people especially that cannabis is not a dangerous substance — that is simply not true!"

At the moment, cannabis in Germany is only legal for strict medicinal use. The plant may only be grown, sold, owned, imported or exported with the permission of the Federal Institute for Drugs and Medical Devices. Seriously ill people can be prescribed cannabis-based drugs.

In practice, however, the state usually does not prosecute the possession of 6 grams or less, a limit agreed by state interior ministers last year.

Angela Merkel's party is the last of the major political parties in Germany that maintains a strictly prohibitive drug policy, against legalization policies laid out by the Social Democrats, the Greens, the Free Democrats, and the Left party.

Last year, official government figures said that some 4 million Germans use cannabis, with 17% of 18-25-year-olds saying they had used it in the past 12 months.

The people of New Zealand just voted down a measure to legalize cannabis through a referendum. New Jersey just legalized it recreationally also through its own referendum. Germany didn’t put the question to its people, but last month the government of Germany rejected its recreational cannabis bill.


A little about Germany and cannabis​

As per the title, recreational marijuana is not legal in Germany. In fact, possessing it at all can garner a person up to five years in prison according to the German Federal Narcotics Act, though conversely, it’s not technically illegal to use it, since there is no stated law against it. If caught with small amounts, offenders are usually put in a program over anything more serious, at least for first-time offenders. The term ‘small amount’ is not very well defined, though, and can mean anywhere from about 6-15 grams depending on where in Germany the possession takes place. Plus, the amount is judged by quantity and potency over actual weight, meaning the THC content helps define the amount in the end.


Sale and supply crimes are predictably illegal, and offenders can receive up to about five years in prison. This sentence goes up from 1-15 years depending on the circumstances of the case. Cultivation on a personal level is also illegal and garners the same punishment as sale and supply crimes. 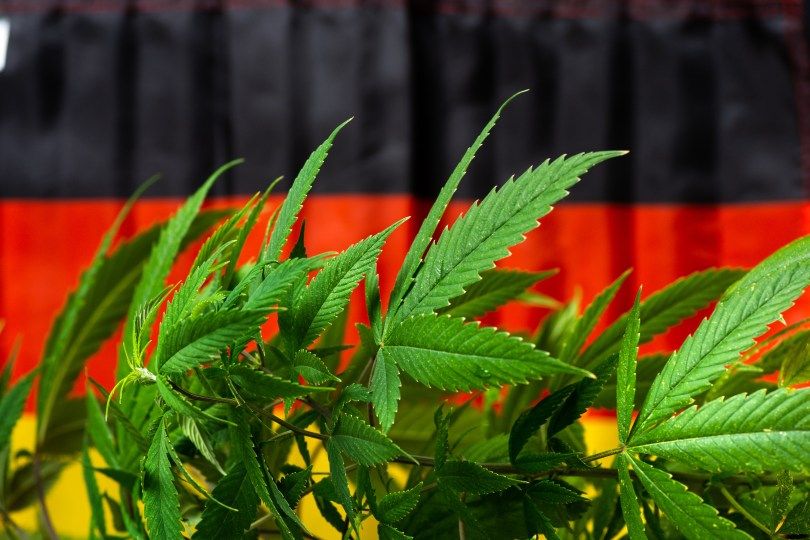 In terms of CBD, while Germany already had been permitting it, the recent decision of the CJEU (Court of Justice of the European Union) in the case of France vs the EU, makes it that much more clear. EU standard has now been found to trump local member state laws when it comes to the import and export of CBD between member states. As per EU standards, Germany does not allow more than .2% THC in CBD oil preparations.


Technically, the medical use of a cannabis drug has been legal since 1998 in Germany when dronabinol was rescheduled. It wasn’t until 2017, however, that Germany further legalized medicinal cannabis. As of 2017, new legislation opened the door for more disorders and sicknesses to be relevant for treatment.


What about Germany’s market?​


Cannabis oil is only part of it. Most of the legal cannabis world still revolves around dry flowers, and Germany just happens to have a massive cannabis flower market as well. And one that is only looking to grow and expand out more. In July, Germany released data on its medical cannabis imports for the first two quarters of the year. While Q1 showed an increase of 16%, Q2 showed a massive 32% increase, and this at the height of the Coronavirus pandemic measures being taken all over the world. To give an idea of what this means via comparison, in 2018, Germany imported about 3.1 tons of cannabis flowers, this was increased to 6.7 tons in 2019, and it looks like it will go much higher than that by the end of 2020. During this time, Germany had such an issue with supply problems that it requested extra cannabis flowers from the Netherlands to help close the gap. Part of the reason for the need for more medical cannabis is simply the increasing number of Germans receiving it as treatment. As of June 2019, about 60,000 Germans were registered with the medical marijuana program in the country, and that number is sure to be way higher by now. 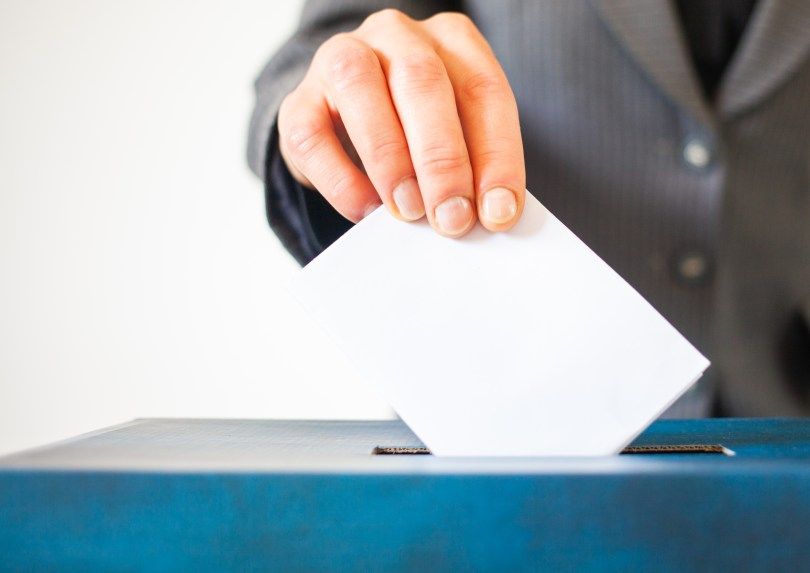 Up until recently, Canada and the Netherlands were Germany’s two biggest and main suppliers of cannabis flowers. However, more recently, it looks like Germany has received flowers from Uruguay (through a secretive back-door move using Portugal to import), and Spain via Linneo, a Spanish cannabis producer. Canada, however, is still the main importer to Germany, with several new companies opening shop in Germany, or planning new exports to the country. To give an idea of how out-of-whack prices have gotten in Germany, consider that the current retail price of a gram of cannabis is about €20. Then consider that this is a medical price, not even a recreational price.


What’s the deal with recreational?​


Germany has six main political parties. The Left (holds 69 seats and is in favor of legalizing), the Social Democratic Party of Germany (about 152 seats, technically in favor of legalization, but voted with coalition partner instead – the Union, which includes the Christian Democrats led by Angela Merkel), the Union (two parties making up 264 seats, against legalization), the Greens (67 seats, and in support of legalization), the Free Democratic Party (holds 80 seats, but did not vote on the measure), and Alternative for Germany (somewhere in the neighborhood of 89-94 seats, and against legalization).


On October 29th, the proposed bill for an adult-use recreational cannabis market in Germany was firmly rejected in parliament, despite having plenty of support from different factions of Germany’s parliament. One of the big reasons for this is the coalition between the Union and the Social Democratic Party of Germany. The Union is itself is a coalition between the Christian Democratic Union of Germany (led by Angela Merkel) and the Christian Social Union in Bavaria. The Social Democratic Party of Germany, which though technically is in favor of cannabis reform, tends to vote with its coalition partner, the Union. Together they hold enough seats that any initiative will fail without at least some of their support. In this way, by having the two parties paired together, Germany rejected its recreational cannabis bill squarely. 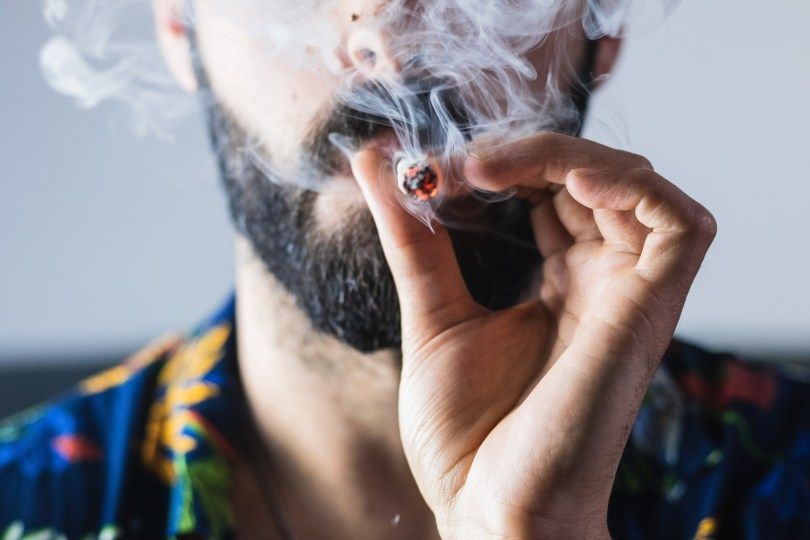 In a way, the coalition is a strange one. The Union, is known as a center-right party associated with Christian movements. The Social Democratic party is center-left. Technically, the two groups have very different stances, and while they might overlap on some issues, they actually seem quite at odds when it comes to cannabis, making their vote together a bit of a headscratcher. Nevertheless, by being joined together, the Social Democrats voted with the Union making for an unbeatable force.


What’s next for Germany?​

In the wake of the fact that Germany rejected its recreational cannabis bill, it’s hard to imagine what the next step will be. Unlike with a country like New Zealand, it was not the people of the country who voted the measure down, but rather, parliament on its own. This means the people of Germany are not necessarily on board with this decision, and that could mean new measures arising in the near future. It is, after all, already one of the biggest cannabis markets in the world. The step to legalization gets smaller and smaller as Germany gets more and more saturated with cannabis. Personally, I expect something will happen very soon that will tip the balance in the other direction.
Cheers