Guam Gov. Lou Leon Guerrero signed the Cannabis Industry Act into law Thursday, clearing the final legislative hurdle for the creation of a new industry for entrepreneurs on the Western Pacific U.S. island.

The law will regulate the consumption, sale and production of adult-use cannabis. The nearby Northern Mariana Islands, another U.S. territory, approved a regulated recreational marijuana market last year.


In approving Guam’s cannabis law, the governor predicted that the U.S. government would legalize cannabis at a national level.
“I think the federal government will make it legal … there are 32 states that have medicinal cannabis. Ten states have adult-use cannabis. That’s the trend,” Guerrero said at a news conference, televised by KUAM News.

“I think the writing on the wall is there. ”

“We must regulate this illicit drug that is the most widely used in our society,” Guerrero said. “We have to take it and control it, monitor its use and effects, benefit from its medical efforts.”

Cannabis cultivation facilities will be required to pay an excise tax of 15% on the value of marijuana sold or transferred to retail stores.

Guerrero will impanel a nine-member Cannabis Control Board, which will have up to one year to adopt rules and regulations for players in the industry.

“It will allow for more investors to come in and invest on the island, because it is now a larger market,” he said.

Delegate to the House of Representatives Mike San Nicolas pledged to work “to ensure that the Congress enables these enterprises to enter the financial system to eliminate the risks of all-cash enterprises,” according to the Pacific Daily News.
Cheers

Guam is not very big...256 miles long, I believe, and much more narrow. Not hard to find someone on that island and I would recommend that Mr. Linsangan start looking for a hide out now...before someone finds him floating out to see with the tide. This type of self-righteousness does often lead to extreme anger and reactions, yeah?
http://Businessman Sedfrey M. Linsa...eral court to stop recreational marijuana law
Federal lawsuit seeks to stop marijuana legalization in Guam 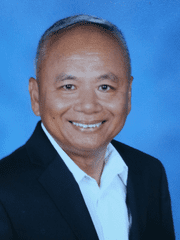 The lawsuit says the new Guam law violates the Federal Controlled Substances Act, which classifies marijuana as a Schedule I controlled substance, and that the Organic Act doesn't allow Guam to pass laws contrary to federal law.

Linsangan, who represents himself in his lawsuit, said defendants government of Guam and Gov. Lou Leon Guerrero in her official capacity committed illegal acts that will "destroy families, children, economy, businesses and the island of Guam" and put more strain on the medical system and public coffers.

In his lawsuit, Linsangan asked the federal court to declare Guam's legalization of recreational and medical marijuana null and void. He also asked the court to enjoin the defendants from engaging in policymaking regarding the sale and distribution of marijuana.

Linsangan also asked the court to declare GovGuam and the Legislature committed "official misconduct and violated the federal law."

As of 6 p.m. Friday, Adelup and Sen. Clynt Ridgell, the legalization bill's main author, had yet to comment on the lawsuit.

Linsangan, who wanted to run for governor in a previous election, is the same person who challenged the requirement that he identify a running mate in order to be eligible for the primary election. A federal judge dismissed that lawsuit in June 2018.
Cheers