A group of researchers from Louisiana State University published a study in the journal AIDS Research and Human Retroviruses that helps fuel the fire. The study findings suggest that cannabis, specifically tetrahydrocannabinol (THC), could help aid in the battle against HIV.

Researchers Investigate THC, HIV/AIDS In Primates
Affecting more that 1.1 million people in the US, HIV is a slowly replicating retrovirus that attacks your immune system. It causes acquired immunodeficiency syndrome (AIDS) when left untreated, which took 15,529 lives in 2010 according to the Centers for Disease Control and Prevention. 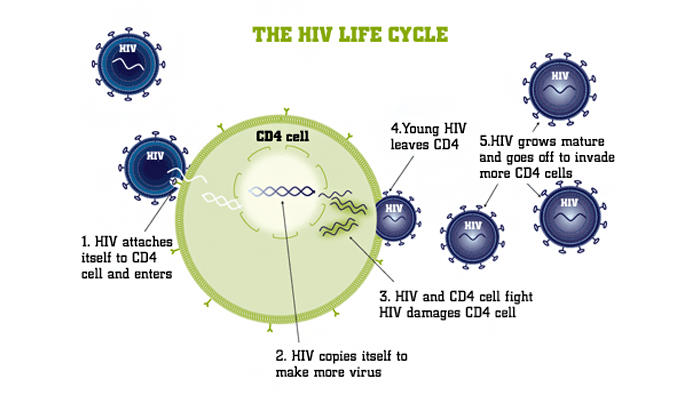 Using monkeys as models, the Louisiana State researchers investigated the potential role of cannabis in treating HIV. They treated a group of infected primates with as much as 0.64 mg/kg of tetrahydrocannabinol (THC) per day for 17 months.

Considering the gut is one of the most common ways for HIV to spread, the research team sampled stomach tissue from the THC-dosed monkeys, as well as a group of infected primates that did not receive treatment. 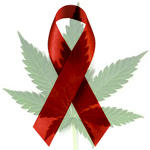 According to their results, the virus did significantly less damage in THC group when compared to the control group. Tissue from monkeys treated with tetrahydrocannabinol (THC) expressed fewer signs of HIV also.


What does it mean? Lead author Dr. Patricia Molina, who published a similar study in 2011, explains: “These findings reveal novel mechanisms that may potentially contribute to cannabinoid-mediated disease modulation.”

Of course, this not the first study to determine that cannabis can fight the progression of HIV. A studypublished in 2012 found that activation of the CB2 receptors can help fight the virus in late-stage AIDS patients.

Medical marijuana could help prevent the development of neurocognitive disorders in patients with HIV, according to a new study.

Tetrahydrocannabinol (THC), the prominent compound in marijuana, was found to slow the process of neurodegeneration — a condition common in about half of all patients with HIV — according to a study from researchers at Michigan State University (MSU).

Norbert Kaminski, PhD, author and director for the Institute for Integrative Toxicology, and Professor of Pharmacology and Toxicology, told MD Magazine the neurodegenerative process in patients HIV is driven in part of monocytes, the white blood cells that cause low-level chronic inflammation in the brain and the destruction of neurons.

“It can really run the gamut, from being relatively mild to, in extreme cases, what you observe in an Alzheimer’s patient,” Kaminski said.

In a comparative study involving patients with HIV who were either treated with medical marijuana or not, Kaminski and a colleague analyzed donor’s isolated white blood cells, to observe marijuana’s effect on inflammatory cell levels.

Researchers found that treated patients reported monocyte expression rates similar to that of healthy individuals again. The marijuana served as anti-inflammatory agent, reducing the number of monocytes in patients.

To Kaminski’s knowledge, only a handful of published studies have focused on marijuana’s effect on the immune system. The HIV patient population is difficult to analyze for new therapies due to the limited class of animal subjects that can be infected with a human-like form of the virus.

That said, the 40-patient study gives researchers a new possibility to follow in inflammation therapy.

“The anti-inflammatory properties were not novel,” Kaminski said. “What was novel was the rate of decrease of monocytes in these patients.”

A similar study into therapies for cognition in patients with HIV last month found that early antiretroviral therapy can have a similarly positive effect in treating neurolgical conditions.

Though medical marijuana is not an uncommon therapy in patients with HIV, it’s been often prescribed for stimulating patient appetite, relieving anxiety surrounding the condition, or to combat adverse effects from other therapies, Kaminski said.

For as much as it could be a breakthrough in HIV therapy, there’s even wider indication for the researchers’ discoveries.

“The implications go beyond these patients – that rate of neuroinflammation has also been indicated in neurological disorders such as Parkinson’s disease and Alzheimer’s disease,” Kaminski said.

Consideration for these indications, in studies with expanded patient populations, would be considered for follow-up research.