A couple of months ago I realized that my numbers on Instagram were suddenly dropping. My likes had went down to a fraction of where I was and my views were depleting just as quickly. Being that I use Instagram for my business this caused a huge panic. I also had no idea why, I hadn't been in trouble with IG and I never post pics of anything illegal.

After a bunch of research I figured it all out and things are starting to go back to normal. I'd like to share my finding with everyone here in case this happens to you.

First go to triberr.com and enter your username. This will run about 15 second test of your last 10 posts letting you know if there's any bans on your account. For anyone who doesn't know what shadow banning is....

Shadow banning (also called stealth banning, ghost banning or comment ghosting) is the act of blocking or partially blocking a user or their content from an online community such that it will not be readily apparent to the user that they have been banned.

After you've cleared your name then move on to hash tags. I had no clue that I was including banned hashtags in my list that I copy and paste for each post! To check hashtags do the following...

All Instagram users should avoid using banned hashtags in 2019. Here's how to search if a hashtag is blocked or not:
On Instagram, hashtags can be banned either temporary or on an indefinite basis. If the ban is temporarily, it might remain so for a day and appear the next day.
There's all types of documentation out there on keeping up with social media etiquette and how to maximize your posting views. Take a look.

Hope this helps someone

Staff member
Thank you for bringing this up @mvapes and for letting me know about it today when we talked. I had no idea what was going on with my account.... and now I do.

And have spent the better part of yesterday afternoon eliminating banned hashtags from my feed. No easy task when you've posted almost daily in two accounts for 3 years.. let me tell you. I've got several more days of work ahead to clear it all up. I'm hopeful that my account will go back to normal once they're all gone.

@phattpiggie do you remember back when we were searching for #vaporasylum and images weren't showing up that we had posted? This is why...

Edit: Here is the link to check if your account at IG is being shadow banned.
Last edited: Nov 2, 2019 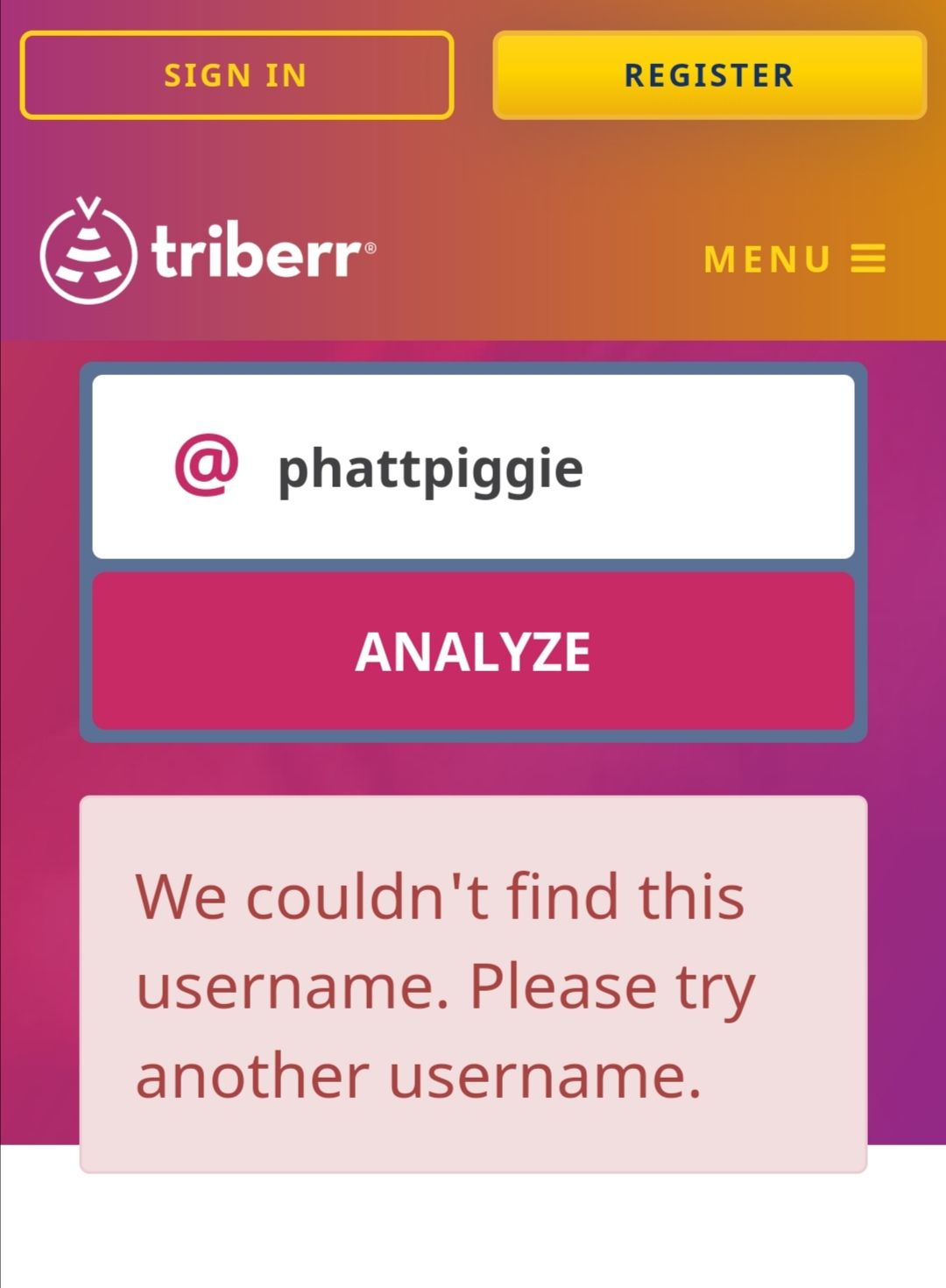 I don't even exist

That’s weird... I just ran a test on your name and it came up with your posts and said your hashtags are good.

It doesnt work with me too...

Aezhenn said:
View attachment 14402
It doesnt work with me too...
Click to expand...

I don’t know what’s going on with you and phatts.... lol

This is what came up when I searched:

Be sure to scroll down

Accessory Maker
@momofthegoons I wonder if it's because we are EU.
Let me have some of the tags that caused you problems and we can see what triberr comes up with if I do a post using them.

phattpiggie said:
@momofthegoons I wonder if it's because we are EU.
Let me have some of the tags that caused you problems and we can see what triberr comes up with if I do a post using them.
Click to expand...

#weedstagram and #weed were the two offenders.

But why go there and fuck up your account?

Accessory Maker
Thanks @momofthegoons , it seems that the hashtag #ebony is an offender...

#weed was one of the bad ones for me. As soon as I ran it the message was that this hashtag has been reported and your posts tagged with it may be hidden. Honestly, most of these problems started to arise when Facebook took over Instagram. It's sad that those of us who use Instagram legitimately have to be punished for bullshit. I also believe that folks from the UK or EU for that matter are all having an issue on Triberr. I just took the liberty of running numerous names all of which came up clean with no issue. I think it may be limited to US users which makes no sense since Instagram is International.

Staff member
Some new news for those of us who use Instagram..... especially those who try to sell or promote vapes or vaping....

What do Instagram's branded content rules mean for influencers?
Instagram argues its new rules will allow influencers to reach users across the platform, but they also restrict content that can be promoted

"Under the new rules vaping products, tobacco products and weapons are barred from being promoted on the platform and special restrictions have been placed on alcohol and diet supplement advertising, according to Instagram. The company notes that these policies will begin to be enforced in the coming weeks."

Dude, i guess a hell a lot of people have expexperienced these things. I have a blog related to cars and some other things also related to cars. So, i also mentioned that the number of the likes were dropping, some of the comments disappear, and all of that kind of stuff. And later, i started to post some new content, and a lot of new people started to follow me. After that i got a ban, a permanant one, as my account was realated to an app that is responsible if you want to buy instagram followers I was just like, what the actual hell is this? Till this day i do not understand what happened, however i got my page back.

Thank you for sharing. I put a lot of effort and time into my Instagram page and I hope that I will not be blocked for some unknown reason.
You must log in or register to reply here.
Share:
Share
Top