Staff member
I had someone ask me about this recently... and didn't have an answer for them. I felt that if you were in a confined space it might be an issue... this article confirms it. But it doesn't address vapor.

Can secondhand marijuana smoke cause a failed drug test? 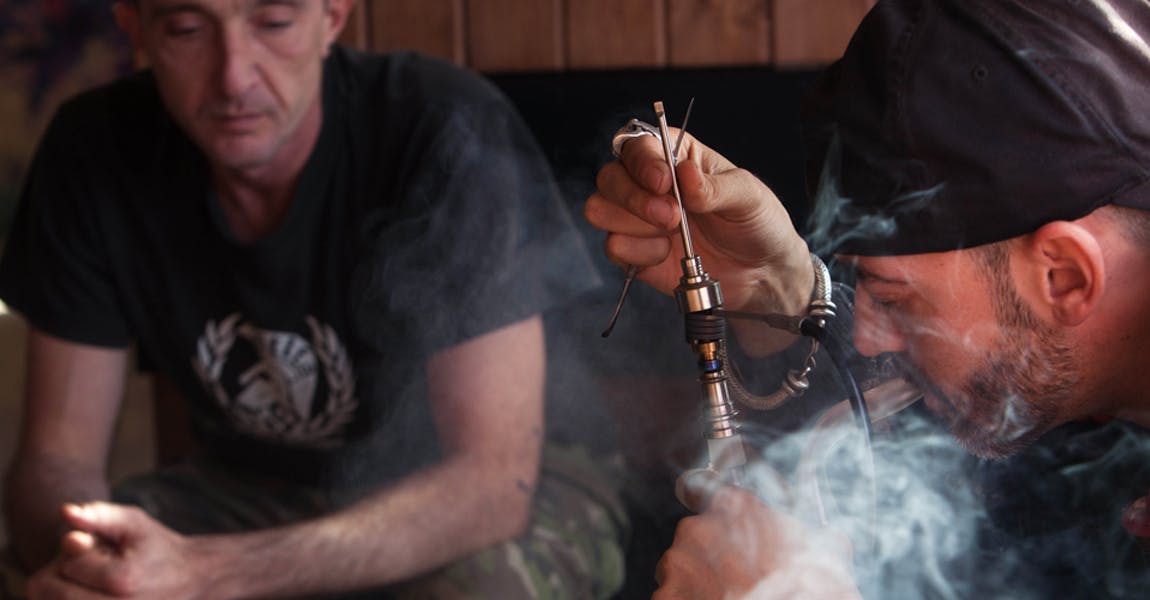 A group of people use a bong to smoke cannabis during a meeting in celebration of San Canuto’s day on the Spanish Canary island of Fuerteventura on January 18, 2015. In Spain, Canute IV or Canute the Holy a former Danish King who became patron saint of Denmark, has seen his feast adopted as a tongue in cheek celebration for the legalization of cannabis, San Canuto’s day, stemming from the Spanish colloquialism for a joint, canuto. AFP PHOTO / DESIREE MARTIN (Photo by DESIREE MARTIN/AFP/Getty Images)

Both cannabis consumers and those who oppose the plant are in a constant wrangle over secondhand weed smoke. The unsettled debate has even led lawmakers to enforce a ban on public consumption in legal states. Some firmly believe that the slightest hint of marijuana in the air can make its way into a bystander’s system while others say there’s not a chance. So can secondhand marijuana exposure cause someone to flunk a drug test? A study suggests it’s not as impossible as you might think.

Can secondhand marijuana smoke cause you to fail a drug test?
As it turns out, packing up in a car or sitting on the couch with your fellow weed-smoking buddies when you’re trying to pass a drug test might not be such a great idea. In 2015, researchers at the Johns Hopkins University placed smokers and non-smokers together in both ventilated and unventilated environments to see if mere exposure to cannabis could result in a positive drug test.

They concluded, “Exposure to secondhand cannabis smoke under unventilated conditions produced detectable cannabinoid levels in blood and urine.” One urine specimen ended up testing positive as a result of secondhand marijuana exposure using a 50 ng/ml cut-off, which is the most common cut-off for drug tests required by employers. Some drug tests count 15 ng/ ml as positive though. There were also several other samples that were positive at 20 ng/ml.

If your friends keep the windows open or smoke outside, you’re much safer. “Exposure under ventilated conditions resulted in much lower blood cannabinoid levels, and did not produce sedative drug effects, impairments in performance, or positive urine screen results,” the study notes. 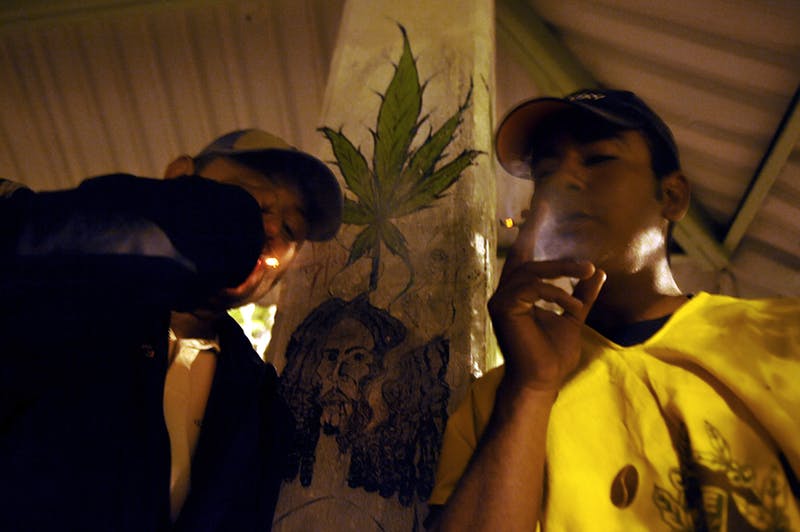 Two men smoke marijuana cigarettes in Park Dakota, north of Cali, Valle del Cauca department, Colombia, on October 29, 2010. In ‘Dakota’, hundreds of people gather to smoke marijuana after reaching an agreement with neighbors and police to allow free consumption in the park area. AFP PHOTO / Luis ROBAYO (Photo by LUIS ROBAYO/AFP/Getty Images)
Why public consumption of weed is still forbidden
All in all, research tells us that yes, hotboxing with your pals could cause you to flunk a drug test even if you don’t partake. But it also shows that with the right amount of air circulating, you’re, for the most part, in the clear.

Still, in some legal states like Nevada, cannabis consumers aren’t allowed to light up in public, which brings us to another dilemma: smoke lounges. Part of the reason why you don’t see them, at least ones that are legal, is that there’s insufficient research to ensure that both smokers and non-smokers can all be under the same roof with no problems.

There are concerns regarding air quality, marijuana intoxication, and reputation, which won’t go away with all the science. That’s why most proposed bills aiming to legalize smoke lounges, such as the one that Oregon presented last year, rarely make it out of committee.

Even in weed-friendly cities like Denver, Colorado, you can’t just consume cannabis wherever you please, although temporary rules for smoke lounges have been set in place. At virtually all businesses, you’re strictly limited to edibles and vaping. No smoking inside is allowed whatsoever.

For now, two problems remain. The first is trying to respect the community that wishes to steer clear of marijuana exposure while giving cannabis consumers somewhere safe to “publicly” spark up. The second is digging deeper into the effects of secondhand marijuana exposure on bystanders. As usual with cannabis, a lack of research is preventing everyone from moving forward.