Staff member
The Swiss government wants to make it easier for medical patients to access cannabis.


Last month they introduced a bill allowing Switzerland to legalize cannabis for qualifying patients. This will replace the current medical cannabis system in Switzerland, which requires patients to get an ‘illegal drug exemption’ from the federal government. 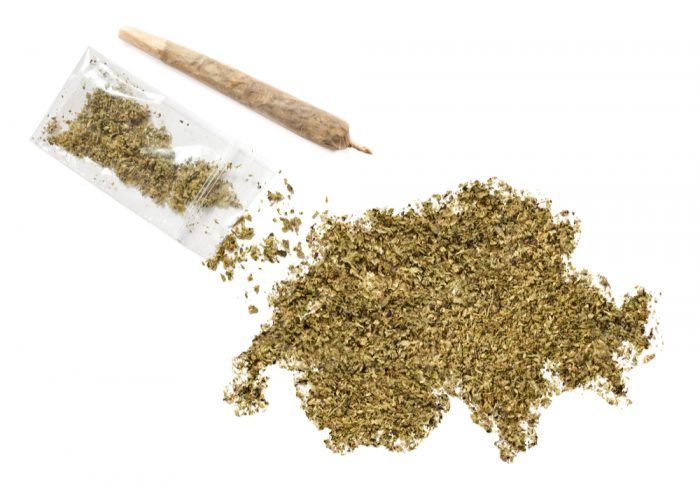 Medical Cannabis in Switzerland
Currently, Swiss patients looking for exemption status must apply through the Federal Health Office. Swiss patients must obtain medical cannabis in a very roundabout way. Despite that, 3000 Swiss residents treated themselves with this medicine over the past 2 years. The majority of patients receiving cannabis treatment in Switzerland are older adults with incurable conditions like end-stage cancer or multiple sclerosis.


The June bill aims to help patients with similar conditions to those already receiving cannabis treatment. The main conditions the proposed law highlights are chronic neuropathic and cancer pain, spasticity and cramps from neurological conditions, and nausea and loss of appetite from chemotherapy.

In a statement about the proposed law, the Swiss cabinet highlights the advantages of a regulated system. They write,”The proposal makes it possible for doctors to directly prescribe cannabis as part of their treatment.”

Wait Until October
A formal comment period on the proposed law is currently in process until October, after which point a decision will be made.

The proposed medical cannabis law leaves Switzerland with a series of regulatory challenges. A major challenge is how medical cannabis will be paid for. Healthcare in Switzerland is run by private insurance companies, not the state. However, enrolment in health insurance is compulsory for all residents. These private health companies are hesitant to provide coverage for medical cannabis as they currently view it as a “holistic” or “alternative” healthcare treatment.


“The biggest obstacle to automatic reimbursement is that the scientific evidence of efficacy is not yet sufficient and the conclusions of existing studies are sometimes contradictory,” the Swiss government comments.

Swiss Already Cannabis Pioneers
Switzerland is currently undergoing a political push to reshape its cannabis laws. The debate over Swiss cannabis came into the public eye last year. It sparked when the government blocked the University of Bern from undertaking a scientific study on the plant, due to its legal status.

Switzerland does already allow hemp with less than 1% THC to be produced. Their 1% limit is higher than the .2% THC limit in the rest of Europe and the US. The higher limit allows hemp plants to reach their full medical potential. The .2% limit forces farmers to harvest plants too quickly in their life cycle. In this way, the Swiss are already pioneers in cannabis law. They base regulations on research rather than copying other nations’ systems.

While the CBD industry in Switzerland is still young, statistics show the Swiss spent 5 times more on CBD products per capita than Americans in 2018. 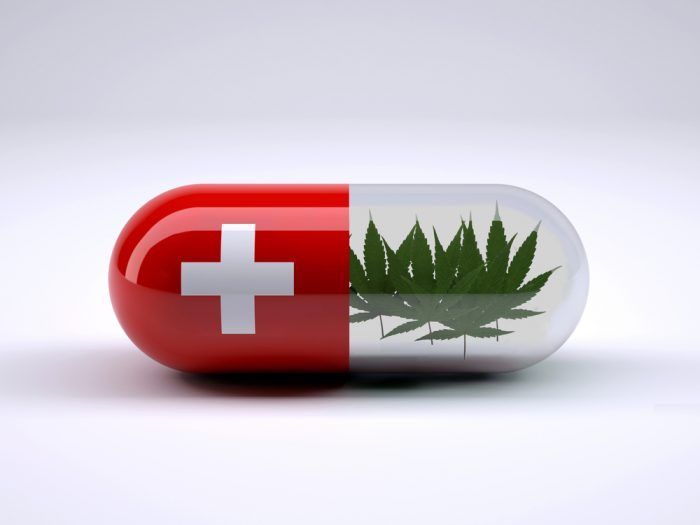 Big Potential if Switzerland to Legalize
All of this points to a big potential in the Swiss cannabis market. Thankfully, the government seems open to negotiating cannabis laws. There will be a pilot study. The Swiss government are looking to allow 5000 residents to use recreational cannabis legally. The aim of the study is to provide statistics and information on cannabis use to shape a new regulatory system.

“Without undermining the general cannabis prohibition, we need to be able to test new regulation models under the current situation,” the government wrote in a statement on the proposed study.

The Swiss government also seems to recognize the need for new regulatory systems. They are aware that their citizens are already using cannabis. Estimates show that 200,000 of Switzerland’s 8 million residents use illegal cannabis.

“Cities point to the negative impact of current laws, illegal trade in public places that is increasingly disruptive and makes people feel unsafe, and resource-sapping efforts to curb drug sales in urban areas,” the government statement says. “As a result, some cities want to find out how controlled access to cannabis affects its consumption, buying behaviors and the health of participants.”

In conclusion, with multiple political efforts by Switzerland to legalize cannabis, we may see the Swiss become the first European country to fully legalize and regulate the plant.

Switzerland’s lower house health commission cleared the way for a limited pilot program to allow the legal production and distribution of recreational marijuana.

The move is not intended to be a first step toward full legalization. The general recreational cannabis prohibition will continue.

The results of the experiment will be used for future evidence-based cannabis policy, although it isn’t yet clear when the pilot will begin.

“Despite the ban, around 200,000 people in Switzerland regularly use cannabis with more than 1% THC content for consumption,” according to an estimate in a Swiss Federal Council press release.

The Swiss parliament recently announced the legislative action paving the way for the adult-use pilot program.

In December 2019, the Swiss National Council narrowly approved the experiment without providing many details, leaving the Commission for Social Security and Health of the Council to fill in the blanks.

While the Commission largely followed the council’s proposal, it differed by deciding to allow only Swiss-grown organic cannabis – or Cannabisprodukte aus schweizerischer Biolandwirtschaft – in the experiment.

The move is aimed at benefiting domestic farmers.

The 1961 Single Convention on Narcotic Drugs forbids international trade in marijuana not destined for medical or scientific purposes.

The Swiss Federal Council said in a press release that only adults at least 18 years old will be able to participate in the experiment.

Those participating will be closely monitored, including their health status.

Participants need to be current cannabis consumers to qualify for the experiment.

Employers and schools, in particular, will be informed about the participation of their employees or students in the study.

The Federal Council identified in its previous communication a number of problems in connection with the current use of cannabis in Switzerland.

The Swiss pilot would allow policymakers to carry out a study to collect evidence without having to end the general ban on recreational marijuana. This hasn’t been possible until now due to the lack of a legal basis.

Uruguay remains the only country in the world outside of North America that allows the commercial production of recreational cannabis.

In Europe, no country has legalized its commercial production.

Some countries are using temporary pilot programs – both medical and recreational – to test the waters.

In Europe, the Netherlands is moving forward with a limited experiment to legally produce recreational marijuana for coffee shops in some municipalities.

In Luxembourg, the government coalition promised full legalization within the current legislative period.

Other European countries have started pilots only for medical.

In France, authorities decided to gather evidence from 3,000 patients. It’s expected that the first products for the experiment will be imported.

Denmark is currently in he midst of its own pilot program for medical cannabis, and so far there is a good chance it will be extended.

However, the country still has no locally-produced products on the market and is completely reliant on imports.

The Schlosshotel Zermatt in Switzerland offers the first canna-scented relaxation clinic at the foot of the Matterhorn.

In a move that was inevitable, if not out of an upscale version of Cheech and Chong’s Great European Cannabis Adventure, the first cannabis wellness spa has now opened its doors in Switzerland.

Promoting itself through the German-speaking press as a place to relax aus hanf —in other words, an interpretation of cannabis luxury wellness of the cannabidiol kind, it is certainly a well-timed venture. It is not only safe from changing regulations (although the country is launching its own recreational trial), but also bound to attract COVID-weary adventurers looking for a luxury getaway.

Hemp muesli and yoga with CBD oil-scented massages certainly sounds enticing, particularly as an après ski event. The winter season lasts through April in this part of the world.

Beyond this, of course, luxury wellness never really goes out of style.

While still staying in safe territory, this CBD Schlosshotel is clearly the beginning of a massive, cannabis-themed wellness trend now on schedule to roll out through this part of the world. It will not be long before higher THC offerings are part of the mix. The Swiss experiment with full cannabis legalization almost guarantees that.

None of the projects of this ilk will be on the budget side for a while—but give it time. The hostel, hotel, and hospitality business, particularly when mixed with wellness cures, is a long-established tradition in this part of the world. Don’t forget that beyond winter sports, whole towns in Switzerland and across the DACH region were established just as wellness retreats, often around a bubbling mineral well or two—and frequently available for summer as well as winter getaways.


Cannatourism is coming to Europe. This is just the first crest of a very large wave.

Legally, such establishments are on the forefront of several developing aspects of cannabis case law across the region. This includes applications of so-called Novel Food as well as loopholes now being carved in sovereign Narcotics Laws. However, Switzerland is a very interesting place for this kind of cannabis-hospitality model to begin to flourish given the waivers now being accepted by the government as the country implements a unique experiment in the region.

Edibles, including those containing THC, will be available from not only the country’s pharmacies, but also “cannabis clubs.” A wellness experience that incorporates a higher level of THC is only a matter of time here.

What About Other EU Countries Outside of Switzerland?​

Given the delay right now across the DACH and EU border on all things recreational cannabis reform related, any unique development in neighboring countries is bound to be both studied if not potentially copied down the road. The German Alps feature cultural and wellness experiences not so far afield from Zermatt, even if occasionally of a more budget friendly kind. However, fairly radical changes in the law here, unless certain regulations are waved (as the Swiss have done) will be necessary before this kind of retreat would be possible in either Germany or Austria.

That said, nothing is entirely off the table. It is all just a matter of time. Not to mention the success of such experiments right across a German-speaking border or two.

In Spain, there are experiments like this afloat, although sometimes occurring in “secret” locations. But so far, such establishments have limited themselves to CBD, at least on their promotional material, for understandable reasons.

One thing is for sure. The cannabis luxury wellness experience is here to stay. Other kinds of similarly-themed vacations and destination spots are absolutely sure to follow.
You must log in or register to reply here.
Share:
Share
Top