Im working on a post I wrote a while ago regarding crazy laws opposing cannabis in different places around the world, have you ever experienced any absurd policies while traveling or even where you live? I'm new here so any input from you would be very much appreciated
C

They could count seeds, figure each one could grow to 5#, calculate that into joints per “plant”, and base the sentence on 40 years PER imaginary-offspring “joint”...that would be REAL effing crazy...but it’s just an extrapolation of actual practice....

This is the piece I mentioned I am working on
https://thcdetox.biz/blog/countries-with-the-cruelest-punishment-for-marijuana-use/ any input would be very much appreciated

They could count seeds, figure each one could grow to 5#, calculate that into joints per “plant”, and base the sentence on 40 years PER imaginary-offspring “joint”...that would be REAL effing crazy...but it’s just an extrapolation of actual practice....
Click to expand...

I couldn't agree with you more, there shouldn't be ANY laws against it, especially absurd laws like that, that's crazy but true, about 40 years for half a gram j, that's nonsense, and there are other places that are even worse, doing some research i came across a story about a guy entering the middle East and they took him to jail for having a cannabis seed stuck to the bottom of his shoe, some of those countries have the death penalty for just consuming, even if it's for medical reasons alone, smh

420SOS said:
This is the piece I mentioned I am working on
https://thcdetox.biz/blog/countries-with-the-cruelest-punishment-for-marijuana-use/ any input would be very much appreciated
Click to expand...

Really a nice compilation of the cannabis laws.... great job!

Thanks! I actually wrote it myself! I'll be sharing a couple more of compilations more but I'm looking to get some more info about vaping, it hasn't caught on very much around here and although I'm very familiarized with cannbis in general I'm not that knowledgeable about vaping, the thing is that the best way to learn, at least for me l, is by actually doing so I need to get me a vape pen mod myself, any suggestions? Been smoking pipes to the resin and joints to a filter on a daily basis for two decades so I have a pretty good tolerance and love blowing clouds. Thanks for the input, I'll tag you in my next compilation post!

Welcome to VaporAsylum, @420SOS. What are you looking for in a vape? Flower? Rosin? Cartridges? There will be advice along soon...

Madri-Gal said:
Welcome to VaporAsylum, @420SOS. What are you looking for in a vape? Flower? Rosin? Cartridges? There will be advice along soon...
Click to expand...

Thanks! Glad to be here, due to my limited access to variety I'm focusing on flower Vapes, would love to try me a rosin one though, I'm also interested in stealthy devices, I just posted a thread asking about them, it's for an article Im working on so any input would be greatly appreciated

Two pro-pot activists died 20 years ago in a siege. Now, marijuana is legal in Michigan.​ 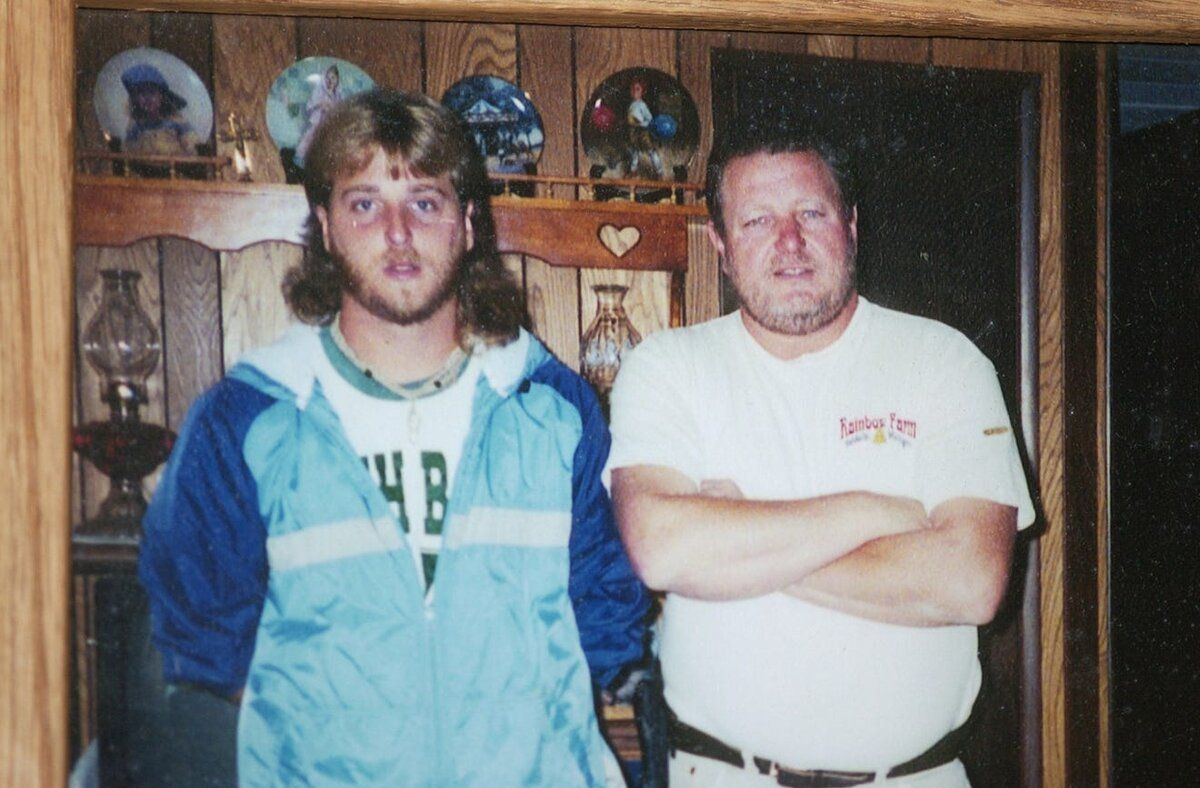 During the standoff, Grover "Tom'' Crosslin, 47, the campground owner, and Rolland "Rollie" Rohm, 28, allegedly set fire to the property on the day Crosslin was due in court for a hearing to revoke a $150,000 bond on drug charges. He was also wanted for federal charges of firing on a WNDU-TV helicopter. Crosslin stood to lose the property under the state's Drug Forfeiture Act.

Michigan State Police and FBI marksmen took up positions around the farmhouse where Crosslin and Rohm had holed up. Law enforcement officials tried to establish a line of communication and brought in family members, friends and attorneys to try to end the stalemate.

Crosslin was shot and killed on the fourth day of the siege after allegedly aiming his gun at an FBI agent. Rohm, his partner, was killed the next day after setting fire to the farmhouse and allegedly raising his gun to fire at an approaching armored vehicle. 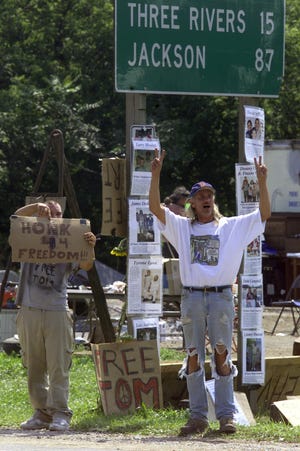 In the 1990s, Crosslin tried to educate the public about the usefulness of hemp and marijuana. His stance was the basis for "summerfest'' activities conducted at his farm on Labor Day weekends back then.

Cass County's then-prosecutor, Scott Teter, told The Tribune in 2011 that he recalled daily discussions among law enforcement personnel regarding how the situation might be peacefully resolved.

"We talked about cutting off their food — the FBI said they'd sit there as long as it takes — but they (Crosslin and Rohm) were already agitated and we felt that would just accelerate it. No one had any answers."

At the time of the incident and later, people questioned why authorities chose not to simply wait out the two until they gave up. Jim Crosslin, brother of Tom, said he had offered to sit down with his brother and police over beers, but the meeting never happened.

Friends offered that Crosslin and Rohm's efforts helped promote the decriminalization of marijuana and may have helped prompt Michigan's new law that allows medical and adult-use pot.

Others would not go that far. Teter said the issue was more a case of people accepting consequences when they break the law.

"This wasn't about marijuana legalization. ... You can lobby for change; I have no problem with that," Teter said. "But if you do whatever you choose to do, you've got to accept the consequences."

Fast forward two decades and marijuana dispensaries have cropped up in many areas of Southwest Michigan. And Niles just this summer hosted its first-ever cannabis music festival with bands, food trucks and marijuana products for sale and use on site.
You must log in or register to reply here.
Share:
Share
Top