This company also sells CBD. We are not endorsing the company or their products. However, there does seem to be a wealth of useful information that they've collected.

CBD FOR ACNE
CBD FOR ADHD AND ADD

CBD FOR COLITIS AND CROHN’S

CBD FOR EPILEPSY AND SEIZURES
CBD FOR FIBROMYALGIA

CBD FOR HIV AND AIDS

Staff member
Thanks @Whisper for this.... what a great wealth of info! I think it's worth a 'sticky' so that it's easy to find.

Thank you for coming to the rescue, as I had made a mess of trying to post this useful information. @momofthegoons Always the best.

Researchers around the world are investigating CBD’s potential for treating a wide variety of conditions. Numerous studies have found that CBD exhibits analgesic and anti-inflammatory properties. These properties make it useful in the treatment of both acute pain—like muscle pulls—and chronic conditions such as arthritis.

Staff member
CBD AS A STEROID SPARING TREATMENT
Could cannabidiol be a breakthrough therapy to replace or lessen the use of steroids?

Most of us have been prescribed steroids by a doctor at some point in our lives. They are often the go-to choice to treat sudden bouts of inflammation, allergies or when a physician is simply stuck on what to give a patient. Their immediate effects may seem miraculous. (Oh wow suddenly I have so much energy, my appetite’s back, and my mysterious rash disappeared.) But long-term steroid use comes with a host of side effects.

Enter cannabidiol (CBD), an unexpected contender for a novel steroid sparing treatment of the future.

THE WORLD GOES WILD ABOUT STEROIDS
After their first recorded use for rheumatoid arthritis in 1948,1 corticosteroids (steroids) quickly became the main immunosuppressive treatment for patients with systemic inflammatory conditions or to prevent rejection after organ transplants. So transformative were their effects that Dr. Philip Hench, Edward Calvin Kendall and Tadeus Reichstein were awarded the 1950 Nobel Prize for Physiology or Medicine for their discovery of the hormone cortisone and its clinical application in rheumatoid arthritis.

A crowd pleaser with patients, steroids were often overprescribed by doctors. Before long a link between steroids and increased morbidity in patients became apparent, and researchers began to find ‘steroid sparing’ immunosuppressant drugs. That said, to this day steroids continue to be prescribed (my dog even had a short dose for a mystery itch in her right ear), although most physicians limit this to short periods of time.

There’s no get-out-of jail-free pass with steroids, which can cause unpleasant and sometimes dangerous side effects.

WHAT ARE STEROIDS?
It was Dr. Philip Hench who first posited that steroids – hormones produced in the adrenal glands – alleviate pain associated with rheumatoid arthritis. With the development of corticosteroid drugs like cortisone, hydrocortisone, and prednisone that mimic our endogenous steroids, a new effective way was discovered to reduce inflammation in the body.

But there’s no ‘get out of jail free’ pass with steroids, as their use is often accompanied by unpleasant and sometimes dangerous side effects.2 These include glaucoma, cataracts, fluid retention, high blood pressure, mood swings, weight gain, diabetes, increased risk of infections, osteoporosis, suppressed adrenal gland function, thin skin, and slower wound healing.

Consequently, doctors only prescribe steroids as a short-term solution, a measure considered relatively safe. Hence, steroids are commonly given to patients with sudden flare ups in autoimmune conditions like Crohn’s disease when short, sharp immunosuppression is required.

However, it’s not just the steroid side effects that can be problematic for patients. Coming off steroids, particularly when a patient has been prescribed short term high doses or lower doses over a longer period of time can result in ‘steroid withdrawal syndrome.’3 This happens when the body has become reliant on the ‘pharmaceutical’ steroids, leading its own endogenous production through the hypothalamic-pituitary-adrenal (HPA) axis to weaken and flatline.

As such, patients should not suddenly stop taking steroids. Instead the dose has to be gradually tapered downwards, otherwise symptoms such as weakness, fatigue, decreased appetite, weight loss, nausea, vomiting, diarrhea, abdominal pain and headaches can occur.

STEROID WITHDRAWAL
Eve Roginska, a London based tattoo artist, became dangerously ill with a sudden inflammatory brain condition and was initially given high doses of intravenous steroids. She had been taking steroids for the last two years – but stopping was difficult.

Over time Eve was able to gradually lower the dose. However, whenever she tried to drop below 20mg of steroids a day, she experienced debilitating withdrawal symptoms similar to coming off drugs.

“I was having terrible migraines, and my painkillers weren’t working and sometimes this lasted all day,” recalls Eve. “I had terrible trouble sleeping. Even sleeping tablets didn’t work for me anymore. Then the whole day my body would feel exhausted. A lot of fatigue and a lot of muscle pain. I had brain fog continuously and kept forgetting things.”

Eve was familiar with CBD oil, so she decided to see if it could ease her withdrawal symptoms. This may have been little more than an educated hunch, but it was one that paid off.

“Three days after starting with CBD, my migraines just went away. After a week or two taking it, I felt like a normal person,” she says.

Eve has now reduced her steroids to 1mg a day and hopes to quit them completely by the summer. She’s has no doubt about the difference CBD has made to her recovery.

“I would probably have to be on steroids for the rest of my life if it wasn’t for this oil,” she acknowledges. “It’s returned my life back.”

STEROID SPARING DRUGS
Unbeknownst to Eve, around the same time she was using CBD to wean herself off steroids, some Israeli scientists were actually researching CBD as a steroid sparing treatment.

Steroid sparing agents4 are drugs that either allow for a reduction in the amount of steroids taken or can even be the first-line choice for suppressing the immune system. Examples of steroid sparing drugs include cyclophosphamide, chlorambucil, methotrexate, mycophenolate mofetil, azathioprine, cyclosporine, tacrolimus, and sirolimus. That’s not to say that taking steroid sparing agents is any walk in the park. Many of them are classed as chemotherapy drugs and come with their own unpleasant side effects.

“I would probably have to be on steroids for the rest of my life if not for CBD oil.”

Eve herself began taking methotrexate a year into her illness and for the first few months experienced diarrhoea, hair loss, nausea, nail and skin problems, fatigue, abdominal bloating, disruption to her menstrual cycle, urinary tract infections, and mouth ulcers. Long term use of immunosuppressants has also been linked to a greater risk of developing cancer in later life.5

Little wonder that the hunt is on for less harmful immunosuppressive, steroid sparing agents – and CBD could be near the front of the pack.

Scientists know that CBD has an overall anti-inflammatory/immunosuppressive effect by reducing the production of pro-inflammatory cytokines6 and inhibiting T-cell function.7 This probably explains why many patients with autoimmune conditions such as Crohn’s disease and rheumatoid arthritis report an improvement in symptoms when taking CBD oil.

CLINICAL TRIALS FOR CBD
Steroid sparing drugs are often first developed to prevent rejection after transplants, and this holds true for CBD, as well. In a small phase IIclinical trial,8 Israeli researchers wanted to see whether CBD could prevent graft-versus-host disease (GVHD) in steroid-resistant patients. Often a fatal condition, GVHD occurs after a bone marrow transplant when the donated bone marrow views the recipient’s body as foreign and attacks it.

Nine out of the ten subjects responded to the CBD treatment, with most of them achieving a ‘complete response.’ While the results have not been published in a peer reviewed journal, the team behind the study maintain CBD “either enhanced the therapeutic effect of steroids or reduced steroid dosage while maintaining or improving the steroid’s therapeutic effect. Even more surprisingly, patients resistant to steroid treatment also presented significant improvement under the CBD treatment.”

Buoyed by these encouraging results, they have begun recruiting for phase II clinical trials for CBD as a steroid sparing treatment in Crohn’s disease9 and autoimmune hepatitis.10 In both trials, patients will gradually shift from their current treatment (steroids or immunosuppressants) to just taking 300mg of synthetic CBD daily.

Of course, an early stage phase II study does not mean that CBD, synthetic or otherwise, is a proven and safe alternative to steroids or other immunosuppressant drugs. Furthermore, any decision to reduce or come off steroids, should always be carried out in conjunction with your physician. But it does point towards a possible future when CBD could be a more benign but equally effective alternative to steroids after transplants and in the treatment of autoimmune diseases. 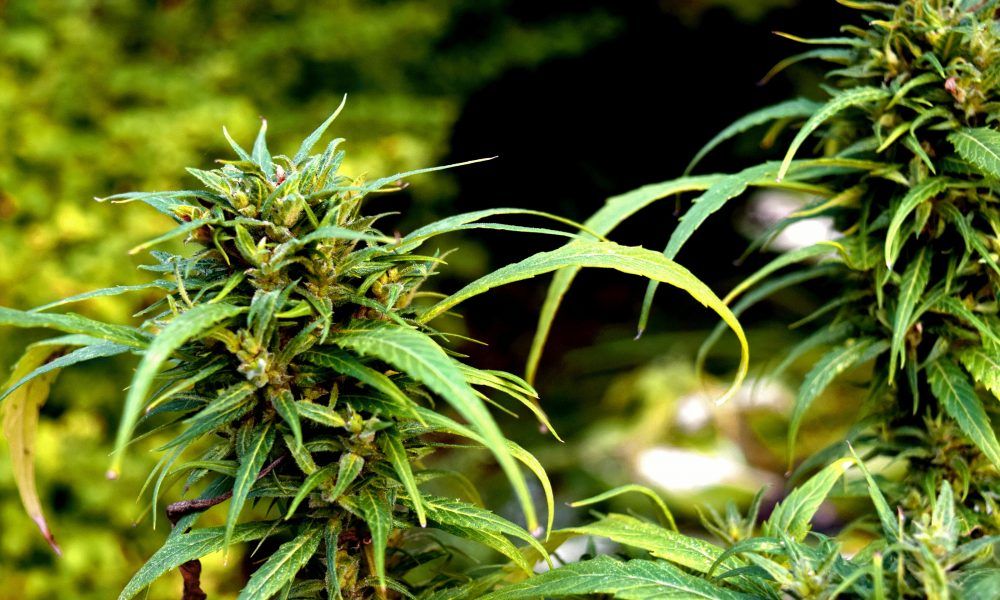 The Food and Drug Administration (FDA) announced on Tuesday that it will be hosting a public meeting in November to discuss gender and sex differences in the effects of CBD and other cannabinoids. In a notice set to be published in the Federal Register on Wednesday, FDA’s Office of Women’s... 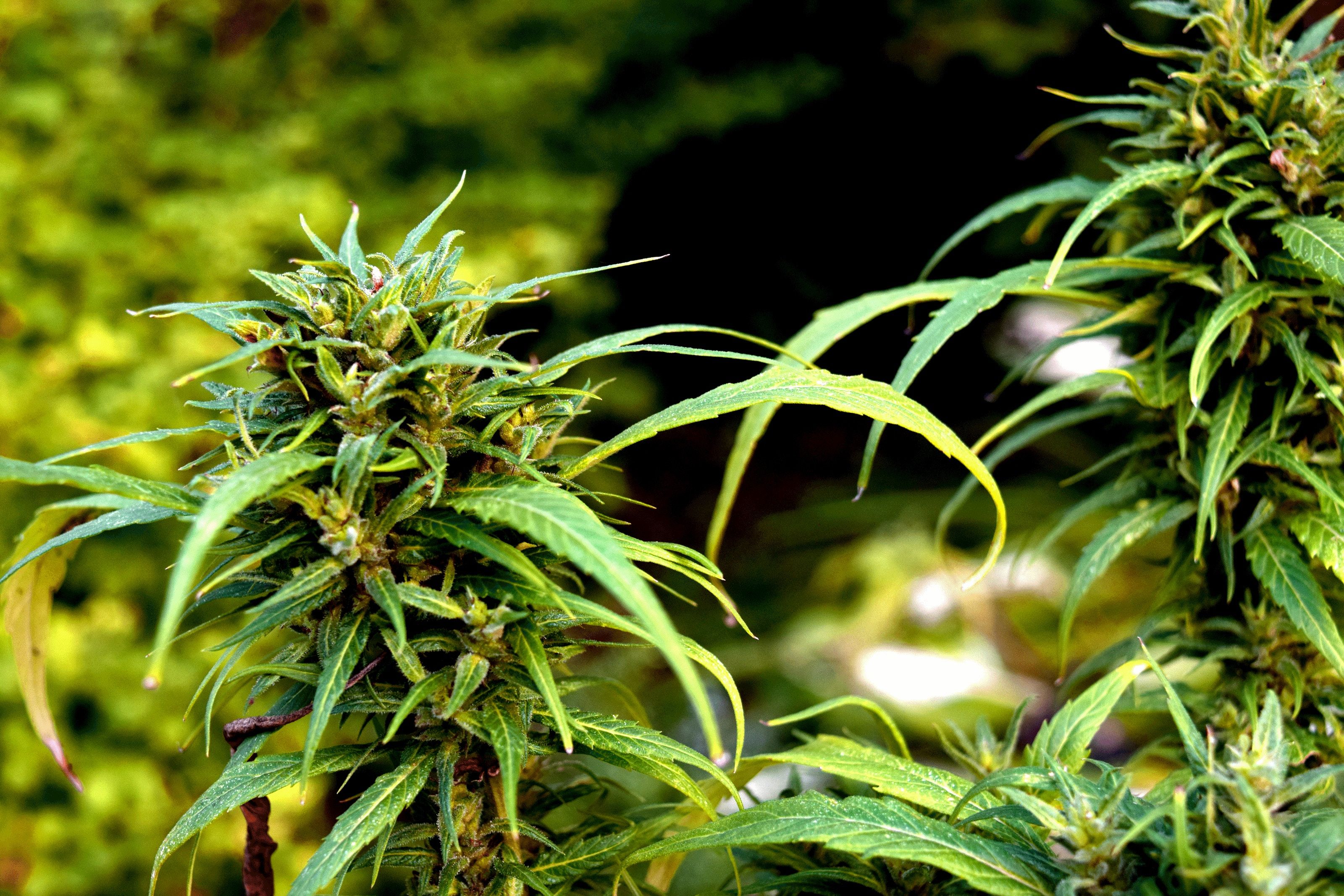 In a notice set to be published in the Federal Register on Wednesday, FDA’s Office of Women’s Health announced the event, emphasizing that as interest in CBD and other derivatives of marijuana and hemp continues to grow, there’s a need to explore the science of these cannabinoids in the context of gender and sex. That’s particularly true when it comes to cannabis use among pregnant women, the agency said.