Staff member
Now don't these look like an easy edible? I think I"m trying this.... after all, they say it's "totally tubular." 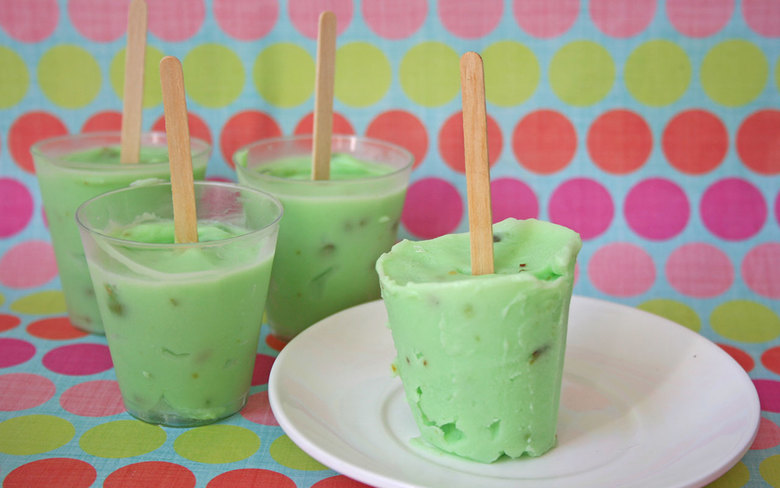 (JESSIE MOORE)
Ready in a jiffy, with a surprise in the middle.

Hey, remember pudding pops? This homemade version has a totally tubular surprise in the middle: a cannabutter core!

This recipe starts out with instant pudding, which is combined with whipped cream for a perfectly creamy texture and flavor. Then, while filling the popsicle molds, you sneak in a spoonful of cannabutter in the center of each pop. When they’re frozen and it’s time to enjoy, it’s like each portion has a psychedelic buried treasure hidden inside!

Decarboxylate 3.5 grams of finely ground cannabis at 225 degrees for 20 minutes in a tightly sealed, oven-safe container. Put cannabis in lidded mason jar or vacuum sealed bag with cannabis and one stick of butter. Heat in water bath just under boiling for at least 1 hour. Strain and chill to use in recipes.


A note on dosage

I “dosed” this recipe with 1 teaspoon of cannabutter per serving. The strength of your finished product will depend on many factors, including the type of marijuana you used and how you made your cannabutter.
You must log in or register to reply here.
Share:
Share
Top