The picture above is our friend Sunkat. You may see it looks like a standard dab pen, but the materials and methods are how we stand apart. Vaporbrothers won High Times "Best Standard Pen" a few years ago, followed up by a heavy hitter designation last year.

We came from a history of building plug-in vapor boxes which we originated in 1999. Everyone wanted us to make a portable (for flower). But with our self imposed limitations on materials that break down or smell like plastic, we never were able to jump into the high tech vaporizer world. Along came new higher quality dabs in 2007ish, and everything changed.

It's extraordinarily easier to evaporate oils than it is to vaporize herb. While herb requires heated air convection to taste ok, oils can simply be in contact with a hot surface and vaporize just fine. The only problem being the ultra-cheap construction of e-cig type devices, terrible materials, worry of what's off-gassing into your lungs.

Dab pens were originated by (depends on who you ask- Uptech or Vape-Pen Inc). Originally invented in China, tobacco e-cigarettes were repurposed for oil in California around 2007. We collaborated with the scientist inventor behind Vape-Pen to make "Vaporbrothers Dabbler by Vape-Pen" and eventually came out with an improved but more affordable version called VB Eleven Pen.

VB Eleven Pen looks like a standard dab pen but is built completely different. We custom sourced the wire used in the heater (an alloy of Ti & Ni to avoid corrosion problems of pure Ti), chose better lithium batteries, and replaced the traditional glass/fiber wick with textured hollow ceramic. A charging port is on the bottom to avoid you having to carry a separate charger. The pen is first made overseas at a factory we personally selected, but goes through rigorous heating and charging processes here in the US. To date we don't know another vape pen which comes pre-charged 100%. Not only does this mean you won't ruin your battery by using it too soon, but we ensure you won't get a dud.

VB Eleven Pens are backed by our warranty- currently at 90 days, with an easy $14 battery trade-in deal, regardless of time or what happened to the battery. Our warranties require no hoops to jump, like "RMA numbers" or registration. More info


I'd like to answer any questions and take your suggestions here. Thank you!

VB-11 tips:
I use a Business card with a glossy finish in my VB-11 area, to leave my
Dome heaters, VB-11 heaters and my Dabbler heaters, as well as the toothpicks that I
serve the wax up with.
I keep an upside down tiny funnel over the more vulnerable Globe type Heaters. 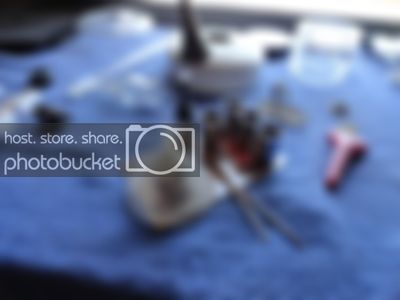 Puffitup and Ed's TNT are a couple of examples of great Business cards to use, that can be scraped, and used forever... watch these images, and look carefully at the Ed's card
up close and note how accessible the leftover wax is. 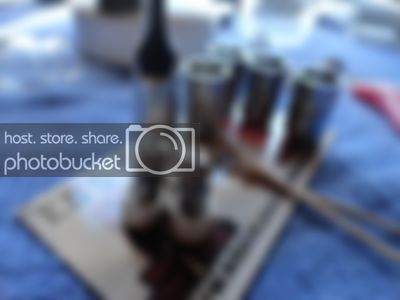 The entire card can be lifted, if you do not use 2 hands... by grabbing any piece on the card! 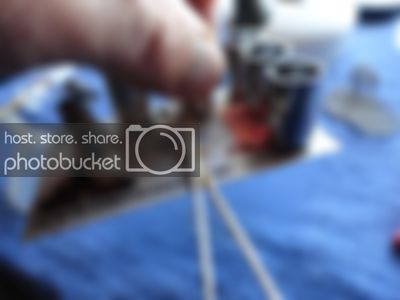 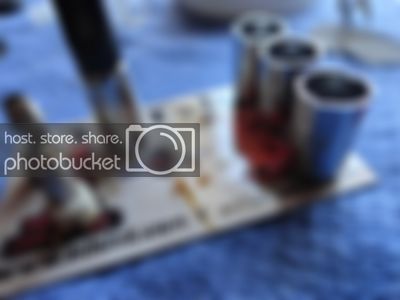 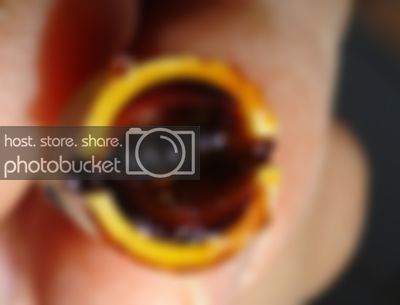 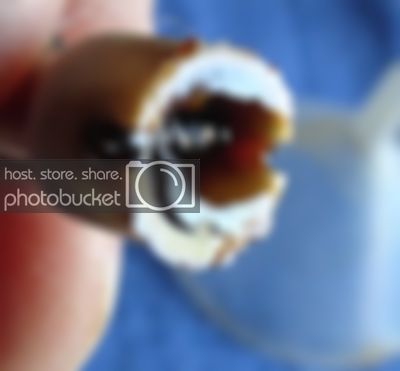 The best part is this sets you up for an instant hit!
After pulling a VB-11 heater off the card it is ready to hit without adding more wax. 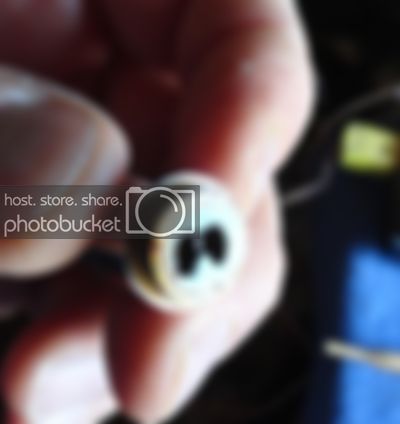 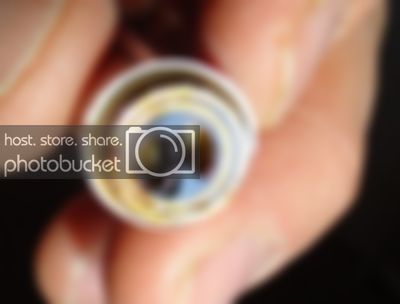 I have had heaters form a pool across the top that appears dead solid!
While the above wax is obviously darkened from its original golden clear color... notice
deep within that heater.. behind the coil, in the actual basin....
... CLEAN AND WHITE! (dance of joy)
Here is a very brief video of how easily this piece above in my hand came off the card:
Vape Often and vape well folks~
........... 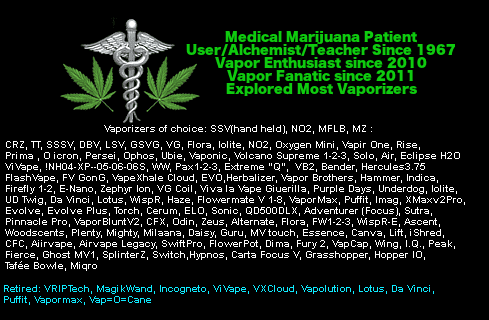 The difference between the Dabbler Heater and the VB-11
Dabbler

Upon close inspection of the coils, I saw and touched what were called glass rods.

They were very fine hairlike fibers, soft to the touch, and some were not joined, but rather dangled here and there… not an issue.. I already knew oils would hold them in place. 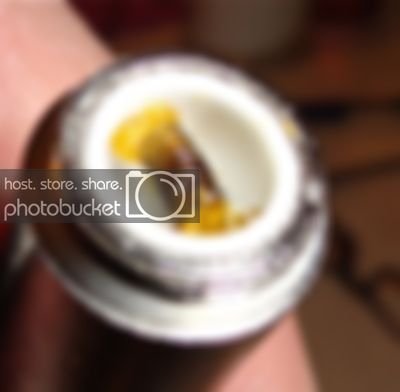 I did not really expect too much from this tool, because I make e-cig like devices, and have used a variety of atomizers and elements/coils to "sizzle my stuff".
I loaded the nice little glass spatula that came along with my Dabbler with a slice of wax about half the size of a paper match head.

Following instructions, I carefully laid it onto that coil… with a tiny "assist' from the heat button when things got difficult.
The taste of the hit was very clean.. and was distinctly free of the slight metallic taste I am used to in many atomizers… and also this element was not primed in any way as are many out there…. this one was dry. The flavor was free of glycerin additives as well.
I got a great hit!
Then I got another, then a third weaker one…..
Dabbler.. it is for dabs. Not a large atomizer that can be filled, the Dabbler takes a bead of wax (drop of oil). You get 3-4 hits, and must reload. (3-4 hits can be enough to medicate personally, and this is a device packed to get on the road…)
I did find a secret- After the hits run low, you can turn the unit completely upside down, and get one more big blast, as the dripped oils inside get a chance to fall back onto the coil and its enclosed "wicking material/silica strands/glass rods".
I questioned why they made this so that it could be loaded with more wax or oil like some of the other pens out there.
It is a bit inconvenient to have to reload the coils every few hits, but the thickness of the hit did make the refill worthwhile.

What this is is a portable Dab device, good and hot...and it works very effectively as that. 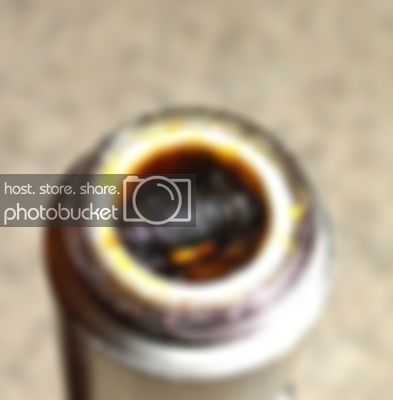 The actual coils are not cleanable, so I can see I will be wanting a couple extras. In spite of the darkening, flavor has not degraded yet.
The device does give a good heavy hit.
The Video~

VB-11
While I did like the new vent hole in the cone, and found that it made it very easy for a patient that was visiting to use, with very limited lung power.. I also loved covering the hole like a carb and getting some even thicker rips (seems impossible, but there was serious fog going on here).
Besides, as @Vaporbrothers points out, parts are interchangeable, so if I preferred I could have used a solid cone.
I liked this one!
The element works so well with this new ceramic core.
It surrounds the core.. but the rod of ceramic itself has two unique advantages.
The oil/wax/BHO clings well and does not run way from the ceramic as it does with solid ceramic cores.
The fact that it is hollow helps too I believe.
Although I can not see it, I feel that the physics of wax running from heat.. allows a drop of dab to not only sit on the porous ceramic better, but even enter the hollow center to an extent during the hit.
The flavor was marvelously pure and clean.
Good stuff!
Great work and congrats to all involved!
And what's REALLY new in VB-11?
@Vaporbrothers came out with new heaters for VB Eleven. They work with the same battery. 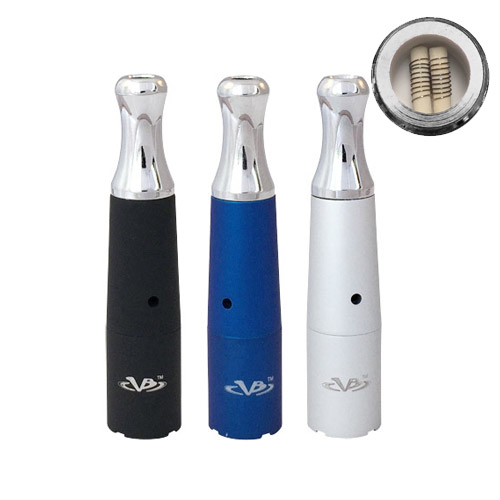