Lunacy What are you watching?

At the Los Angeles premiere, Bob Odenkirk, Jonathan Banks and the show’s creators celebrated the drama’s return at a screening at Arclight Culver City, then segued to a party at the Culver Hotel. AMC and Sundance president and general manager Charlie Collier introduced the screening, thanking the writers, the Albuquerque crew and the cast, including Michael McKean, who was unable to attend.

Co-creator Peter Gould talked about crafting the third season. “It’s the same challenge we always face: where’s Jimmy’s head at?” he said. “Our lead is constantly shifting and changing as a person. His values are changing. Understanding where he is moment to moment is the biggest challenge we have. Once we understand his psychology and where he is as a person, figuring out the story is much, much easier.”

What about the return of Gus Fring? “Gus Fring brings a whole world with him,” said Gould. “He makes the story much bigger in a certain way. It’s been fascinating to see Giancarlo (Esposito) recreate Gus. It’s very subtle and what Giancarlo does is brilliant — he’s not exactly who he was on ‘Breaking Bad.’ Close but not exactly.”


His co-creator, Vince Gilligan, revealed, “Things get quite a bit darker in season three, more ‘Breaking Bad’-like. We didn’t set out for that to happen, it came to us organically.”

Odenkirk confirmed that we’ll see the actual transformation of Jimmy McGill to Saul Goodman. “There’s a big movement into the character of Saul Goodman,” Odenkirk said. “This is the first time he presents himself as Saul Goodman, which is actually kind of fun. There’s more of an internal movement of this really sweet character, Jimmy McGill, who kind of shuts himself down and does some very callous things that are very Saul Goodman-like. It’s just sad. It made me feel bad.”

Will we see Saul and Gus Fring interact? Odenkirk teased, “We’re going to see a lot of Gus Fring as he builds his drug empire. Dominoes start to topple at the end of season three. Season four, if there is one, should be a rollercoaster ride.”

Actress Rhea Seehorn also hinted at what’s to come for Kim and Jimmy this season. “The challenges and consequences of things start to weigh heavily on her,” said Seehorn. “There are control issues with Kim that have served her very well. I feel like control is Kim’s wonder cape and kryptonite at the same time.”

Guests enjoyed hits of the ’80s and ’90s at the after-party while dining on a menu that featured the show’s Los Pollos Hermanos fried chicken and curly fries, as well as tri-tip, pasta dishes and crispy kale salad. AMC is also hosting Los Pollos Hermanos pop-up stores in downtown Los Angeles on March 29 and 30.

oh yeah, looking forward to the new season. Such a nice spinoff, so much better than Fear the Walking dead i.e.
D

Stumbled on "Disjointed" on Netflix. Kathy Bates runs a mmj dispensary. I'm still chuckling. Chuck Lorre, ("Big Bang Theory"), created it. Check it out if you want to laugh. Doc

I lived through that time and watching realize how much I didn't know about what was going on. It's been really eye opening. It's really well done and well researched. Fans of Ken Burns will not be disappointed.

The new Jerry Seinfeld stand-up is on Netflix now. Just putting it on!

1979 Mad Max
In a self-destructing world, a vengeful Australian policeman sets out to stop a violent motorcycle gang. (we all knew that right?!)

I have seen that on a few sites, but each time I try to watch it says something about Australian copyright or not available your country.

LesPlenty said:
TOR can get me around that but can be a bit slow, worth the chase?
Click to expand...

It gets mixed reviews; depending on the season. The first season was really good. You can pick and choose from there.

Like The Walking Dead, first couple of seasons were good, soap opera nowadays.

I like getting a good fright now and again.

Almost finished up with "A Haunting on Hill House" Scares the crap outta me every episode!

Staff member
Best show I have seen in a while is Mr Inbetween. Bit of a black comedy drama. If you liked Chopper you will like this.

The Last Man On Earth is a good laugh, better than that Seinfeld crap, that was absolute rubbish, must be a Yankee thing. 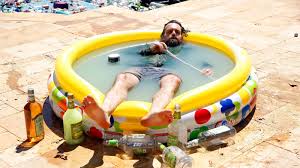 Watching Prime show Catastrophe, fucking hilarious! if you need a good laugh, give it a run.

Been watching the original Dark Shadows from the late 60s. It’s on a channel called Decades. I bought the videos years ago but I couldn’t get all the episodes. Every night at 9 I’m watching Dark Shadiws Monday thru Friday. I watched it at a friends house as a kid, my mom wouldn’t let me watch it because of the witches and vampires. I love all the characters. A great old series.

I found this picture off amazon. I couldn’t find another to download. Remember Barnabas? 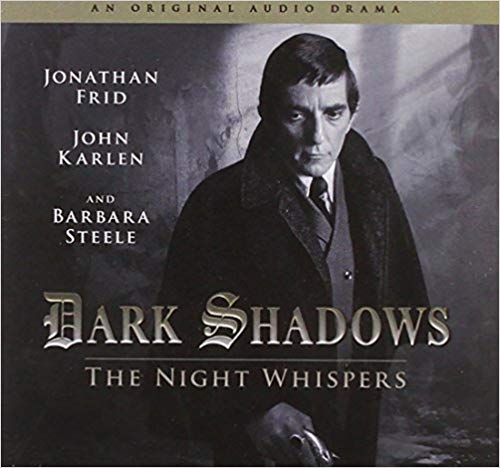 LesPlenty said:
must be a Yankee thing.
Click to expand...

Regarding Seinfeld, Take the laugh track out, one can see these vile characters are sociopathic manipulators, Con artist degenerate adults in their forties, basically really shitty human beings,
Larry David brains. Nothing funny about the show imo.

Gave "Mozart in the Jungle" a run, actually very good! has many Human Elements, 4 seasons then Amazon put the kibosh on it. its worth a gander.

Staff member
Anyone else taking advantage of their Amazon Prime membership and watching the free videos?

I got shamed into it by my son and daughter in law lol... and they recommended a few things that I should watch. So I tucked in yesterday and decided to do just that. They had highly recommended two works by a guy called Ari Aster... and I watched Midsommar yesterday.

Holy shit what a creepy production..... anyone else seen it?

Staff member
I've been downloading Prime videos and watching them on a tablet when I'm out of town without a connection. I watched Stephen Kings A Good Marriage which was Ok and A Simple Favor which I really enjoy. Now I'm watch Good Omens which is a series about the blunders of the archangel and demons throughout history.