im not a robot said:
eventually we are going to get a vaccine, and eventually this particular threat will subside. but i gather it is not likely this pandemic is going to be the last one, chances are there will be a new variance and the hunt for a vaccine will start over.
Click to expand...

The world has much to learn from Germany's exemplary pandemic response. Imagine if each of your states decided when it would reopen based on popular opinion, disregarding expert advice. You'd have something like the US response, except the US has three times as many states.

Vaccine research is looking promising with at least two efforts already progressing to large-scale human trials, but it's still not a sure thing, and there's no telling how long immunity will last. Even if a safe and effective vaccine is developed, in the US, a significant part of the population will likely refuse to be vaccinated based on popular conspiracy theories.

It's a wonder we've gone so long without a pandemic. We dodged bullets with SARS and MERS. As long as we continue creating conditions favoring their emergence (crowding vast numbers of highly stressed animals in factory farms and markets), new pandemics are certain to arise. And we'll have to battle them against a background of accelerating climate destruction. In the US, fire and hurricane seasons are just beginning. How will we evacuate and shelter their victims without incubating fresh outbreaks? If you think there's a plan, then you haven't been paying attention.
Current avatar: Dr. Manhattan screaming "LEAVE ME ALONE!" from the Watchmen comic. HBO series rekindled interest in reading the original.

im not a robot said:
from last i heard, more than half of the infections take place *before* the onset of symptoms.
Click to expand...

The incubation period for COVID-19 is thought to extend to 14 days, with a median time of 4-5 days from exposure to symptoms onset. One study reported that 97.5% of persons with COVID-19 who develop symptoms will do so within 11.5 days of SARS-CoV-2 infection.​
​
Management of Patients with Confirmed 2019-nCoV | CDC

www.cdc.gov › hcp › clinical-guidance-management-patients​
​
And this is the challenge with almost all infectious diseases....being contagious before showing clear and compelling symptoms, yeah?

Baron23 said:
And this is the challenge with almost all infectious diseases....being contagious before showing clear and compelling symptoms, yeah?
Click to expand...

probably, but it is somewhat counterintuitive, at least to me. i was just trying to say that there are people who will feel they are not being affected by this, while at the same time they could be carrying and spreading the virus. either by being pre- or asymptomatic.

by infection i meant transmission - but this is going back to a study i heard being discussed on the radio at least a week ago, i dont know how accurate it is deemed now.

im not a robot said:
there are people who will feel they are not being affected by this, while at the same time they could be carrying and spreading the virus. either by being pre- or asymptomatic.
Click to expand...

Yes, exactly...I believe we are in violent agreement.

And yes, contagious before being symptomatic...or being asymptomatic...is indeed one of the critical challenges with Covid-19. But it is not a challenge unique to Covid, IMO. 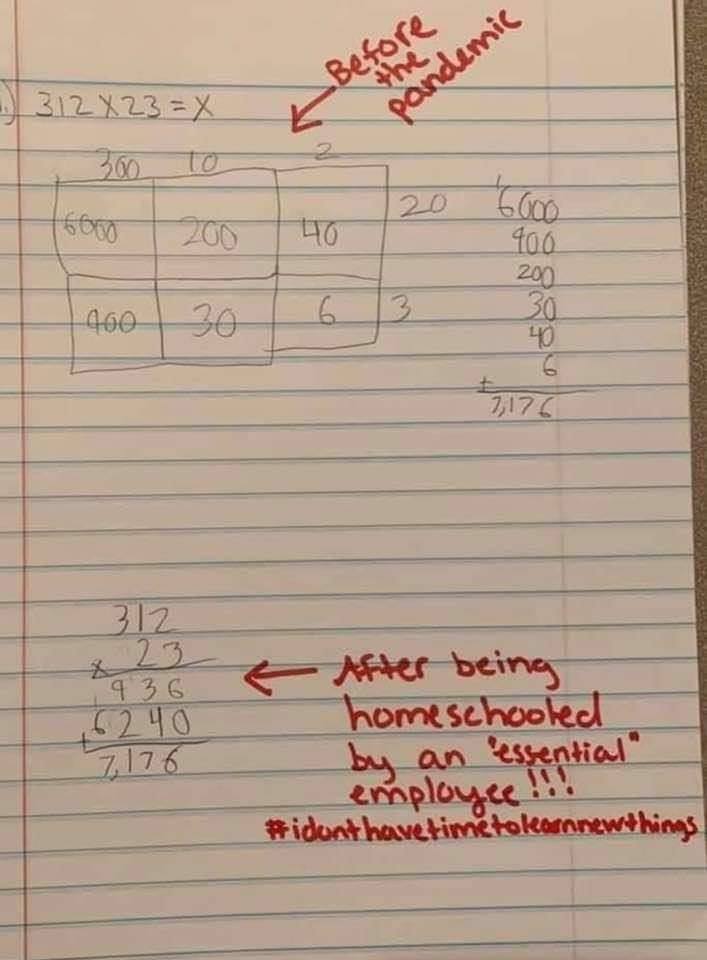 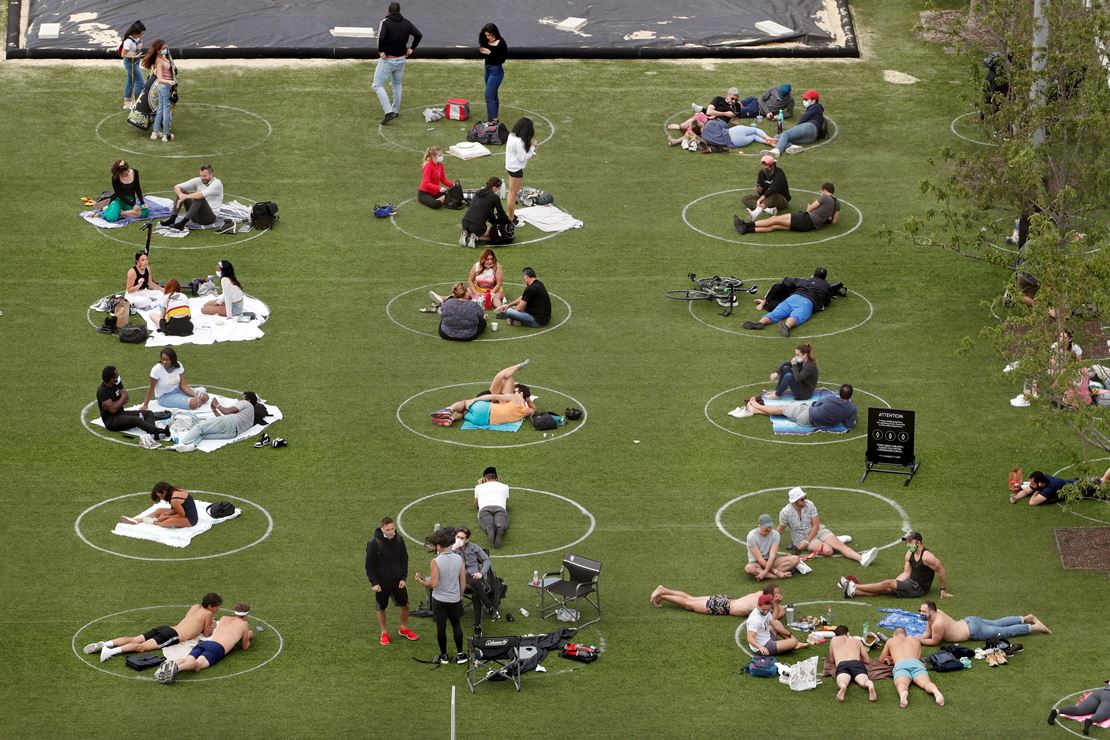 The coronavirus pandemic social distancing is merely state-mandated humiliation, like wearing noodles on your head or wearing bumper tables.

There's room for compromise, based on our growing experience.

Let’s Remember That the Coronavirus Is Still a Mystery
Respond to it with humility, and apprehension, too.

By Nicholas Kristof
Opinion Columnist
May 20, 2020

The odd thing about reporting on the coronavirus is that the nonexperts are supremely confident in their predictions, while epidemiologists keep telling me that they don’t really know much at all...

Some conservatives scoffed that the coronavirus was like the flu, which was utterly wrong. Some liberals foresaw a disastrous outbreak when Jerry Falwell Jr. kept Liberty University open this spring, and that never happened. Viruses are complicated.

It has now been more than three weeks since Georgia started reopening, and there hasn’t been the abrupt statewide surge of infections that many had feared. That’s a good sign for reopening. But it’s early, and it’s in part because people in Georgia are still distancing to some degree on their own.

Texas opened up and lately has reported a spike of new infections, which is bad news. But that’s in part because Texas increased testing, and if you do more testing you find more infections.

We know that social distancing works, for China, Italy, Spain, Iran and New York all were hard-hit and eventually squelched horrifying outbreaks by imposing tough restrictions. Governors of Washington and California acted early and avoided such catastrophic outbreaks. One study reported in Health Affairs found that government restrictions collectively averted some 35 million infections in the United States by the end of April; if that’s true, those restrictions also saved an enormous number of lives.

Yet the same study found that school closures didn’t much help, and we still haven’t figured out the optimal level of restrictions to smother the virus’s spread without stifling citizens’ daily routines...

...In many places in America, there appears to be virtually no coronavirus, so those localities probably could safely reopen just about everything — if we could identify them and if we had rigorous surveillance so we could be ready to clamp down on an outbreak the moment it began.

Yet a majority of counties still don’t have a coronavirus testing site, and in some places the public isn’t using the testing capacity we have. So we should ramp up testing sewage for the coronavirus. Sewage often tests positive before human cases turn up, so it offers a critical early detection system. If Pakistan can conduct widespread virus testing of its sewage for polio, the United States can introduce widespread sewage testing for the coronavirus...

...There’s growing evidence that outdoor transmission is rare, so we should be more ready to open up parks and beaches. On the other hand, meatpacking plants, prisons and nursing homes have been particularly lethal, so they merit far greater care and oversight.

...many epidemiologists, while acknowledging how little they know, are deeply apprehensive about a big second wave this fall, more brutal than anything we’ve endured so far.

“You’ve got to have a lot of humility with these viruses,” Professor Osterholm said. “I know less about viruses than I did 10 years ago.”
Click to expand... 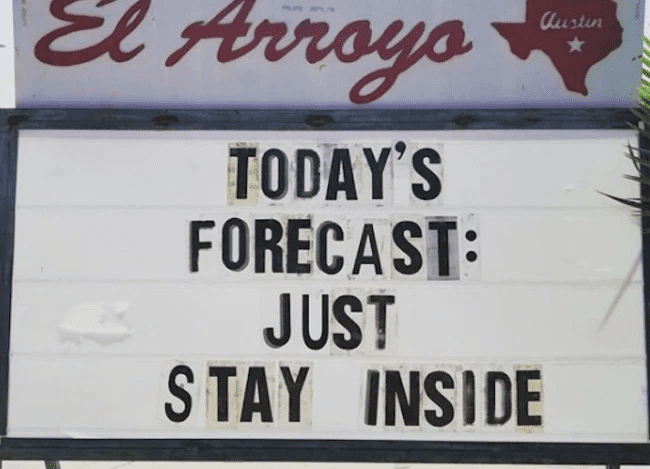 Staff member
Marijuana could prevent catching COVID-19, according to one Canadian university's studies
Scientists at Canada’s University of Lethbridge are theorizing that weed could prevent infection

Marijuana's already looked to as a way to prevent boredom right now, but Canada's University of Lethbridge is studying how it might be effective in preventing COVID-19.

Working with a cannabis therapy research company Pathway RX and the cannabinoid research and development company Sywsh, researchers at the Canadian university have studied over 400 strains of marijuana. The conclusion? At least a dozen strains have shown promise in preventing the virus from latching onto a host in someone's mouth, intestines, and lungs.

“Given the current dire and rapidly developing epidemiological situation, every possible therapeutic opportunity and avenue needs to be considered,” the study’s head researcher Dr. Igor Kovalchuk and CEO of Pathway RX said in a release from the University of Lethbridge from April. “Our research team is actively pursuing partnerships to conduct clinical trials.”

The strains that were studied were higher in CBD than THC, and applied those CBD extracts to artificial human 3D oral, airway, and intestinal tissues. While some extracts yielded successful results, they "require further validation in a large-scale analysis and an animal model," Drs. Igor and Olga Kovalchuk said, adding that "our study is crucial for the future analysis of the effects of medical cannabis on COVID-19."

If peer-reviewed studied and research continues, the paper published by the research team noted there could be future avenues of study with mouth wash, gargle, inhalants or gel caps 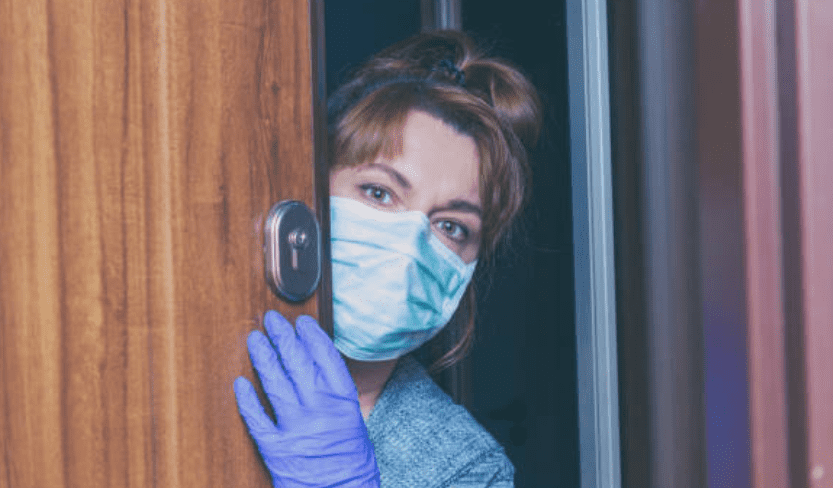 The coerced economic "shutdowns"—enforced with fines, arrests, and revoked business licenses—are not the natural outgrowth of a pandemic. They are the result of policy decisions taken by politicians who have suspended constitutional institutions and legal recognition of basic human rights.

Staff member
Our shelter in place has been extended again... until June 12th..... 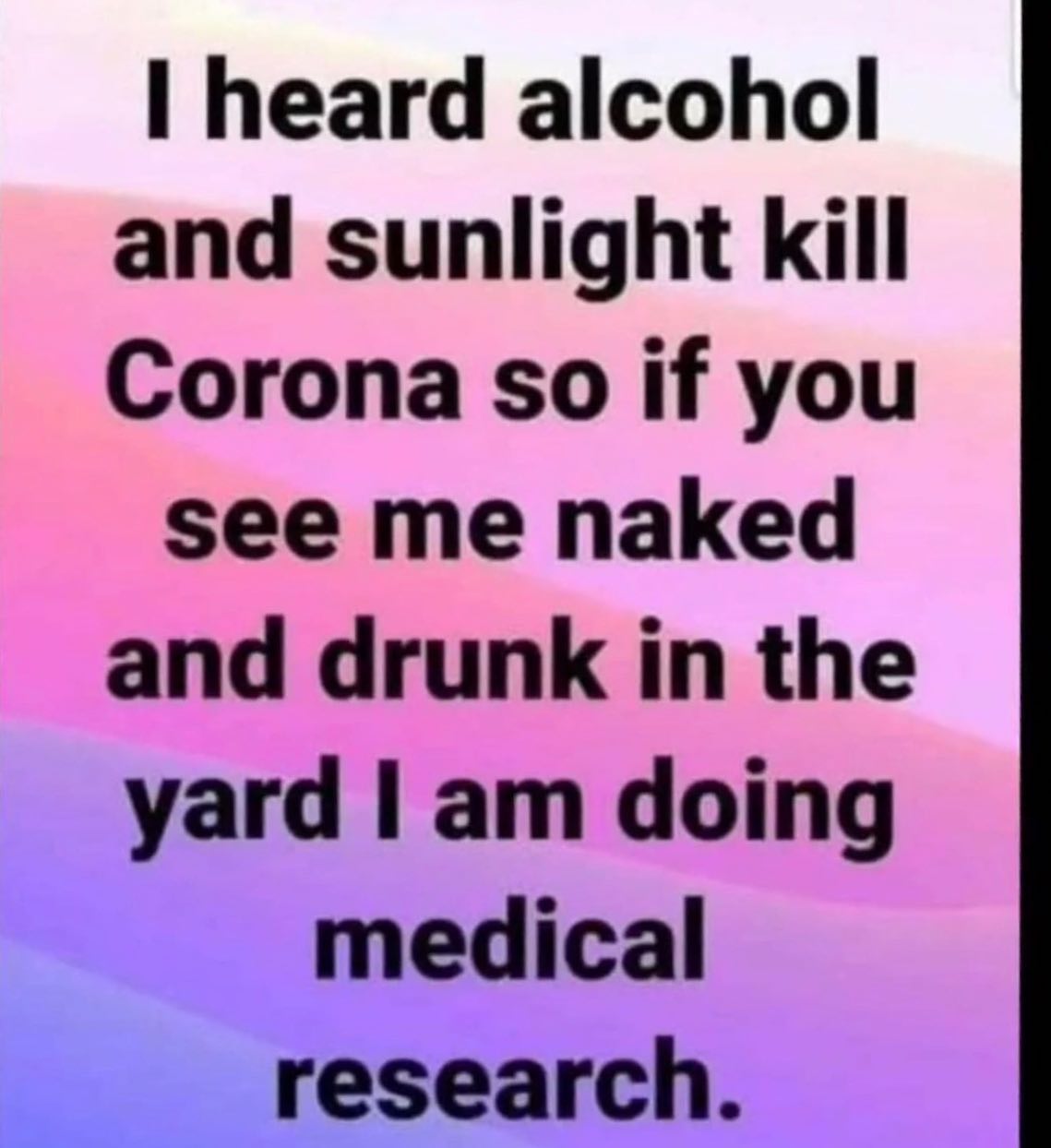 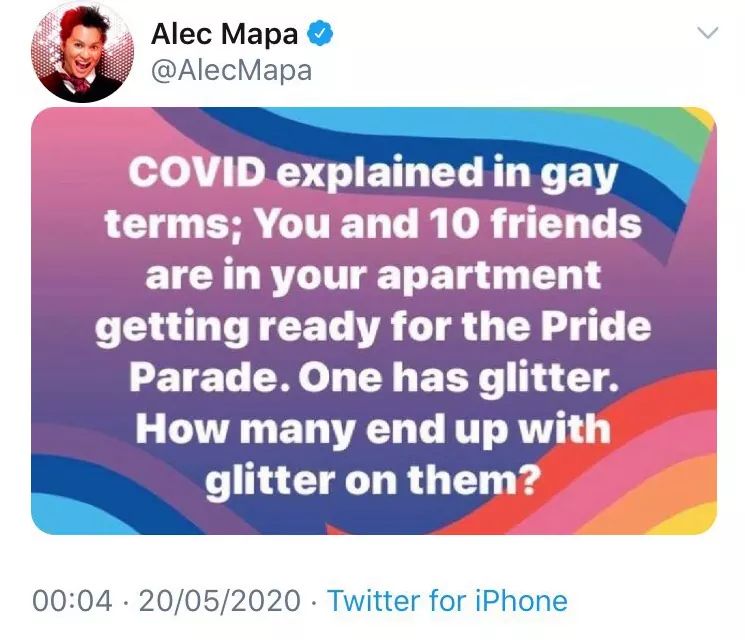 Memorial Day weekend in the US: 1% of our casualties. Do you have any to add (yet)? 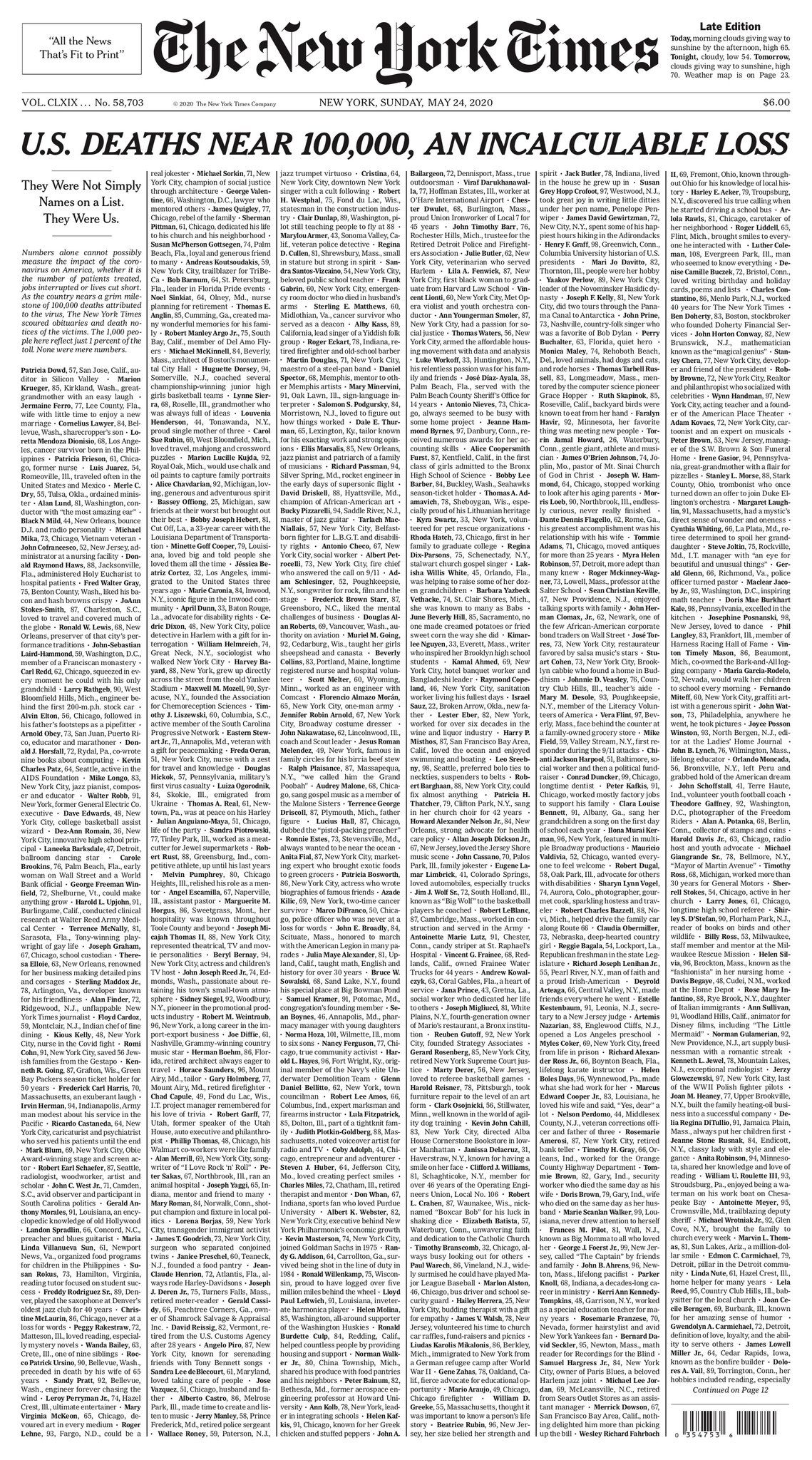 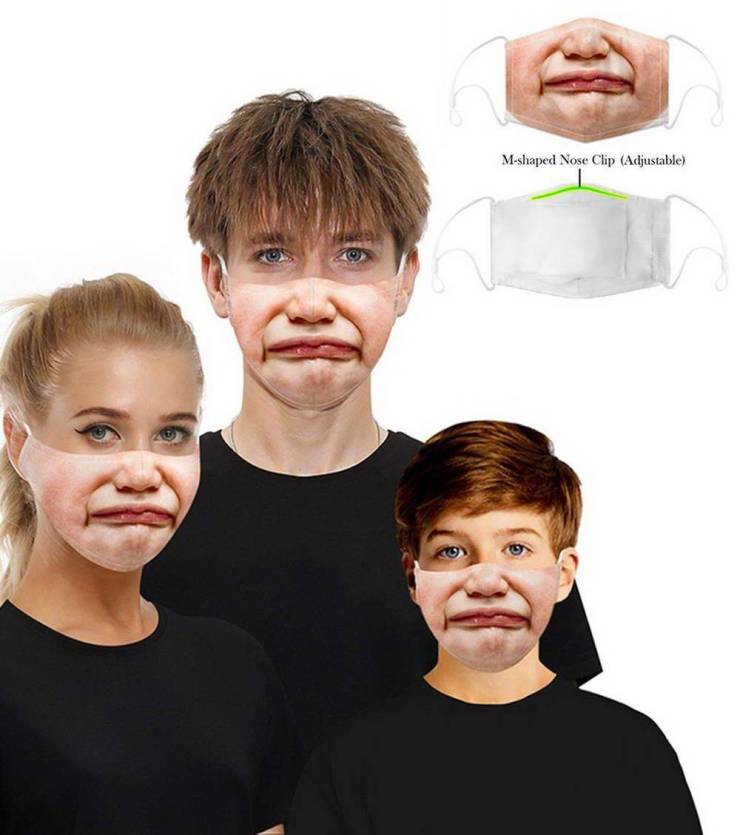 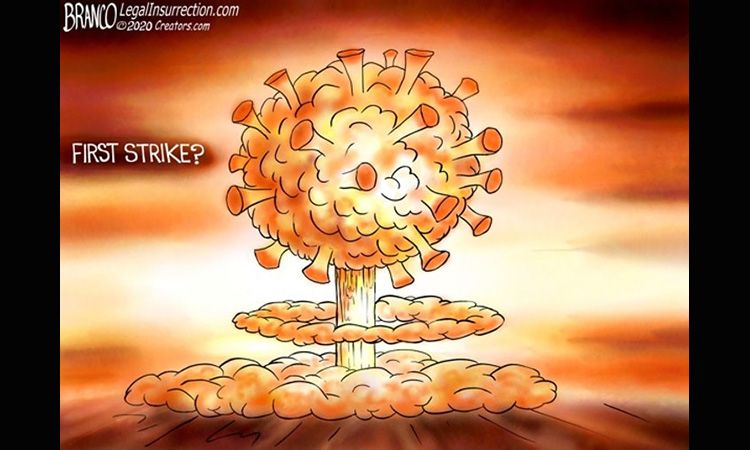 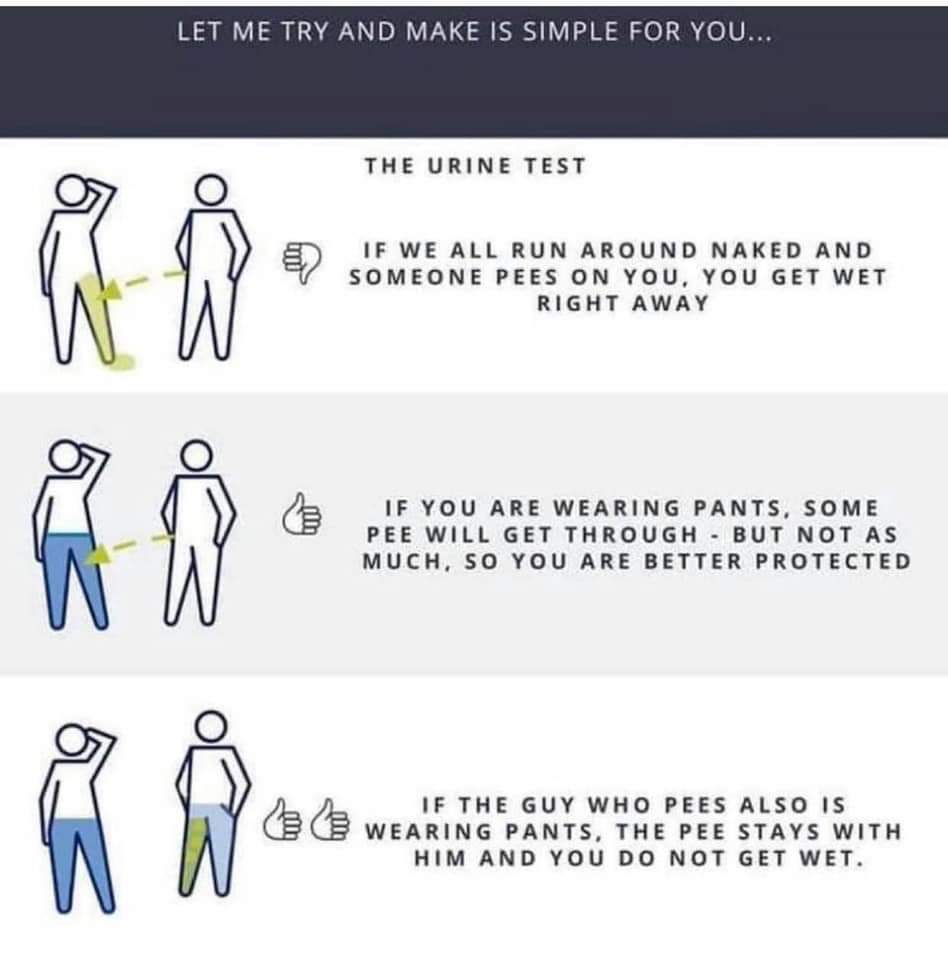 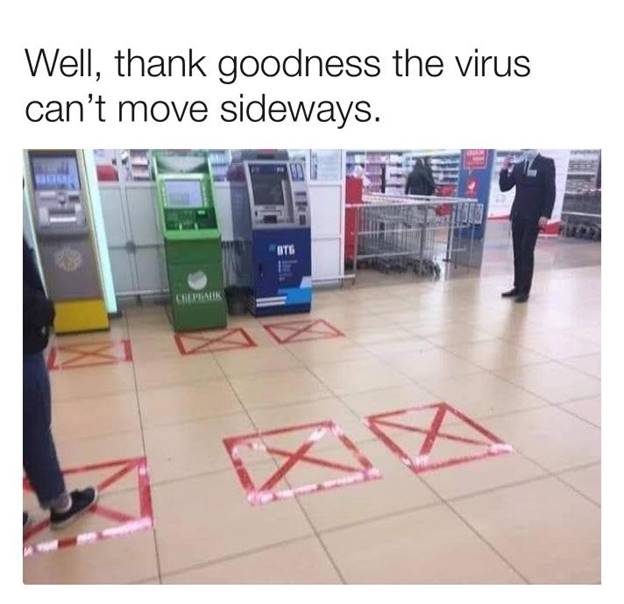 Actually, the Amish have been checking on the rest of us for some time... 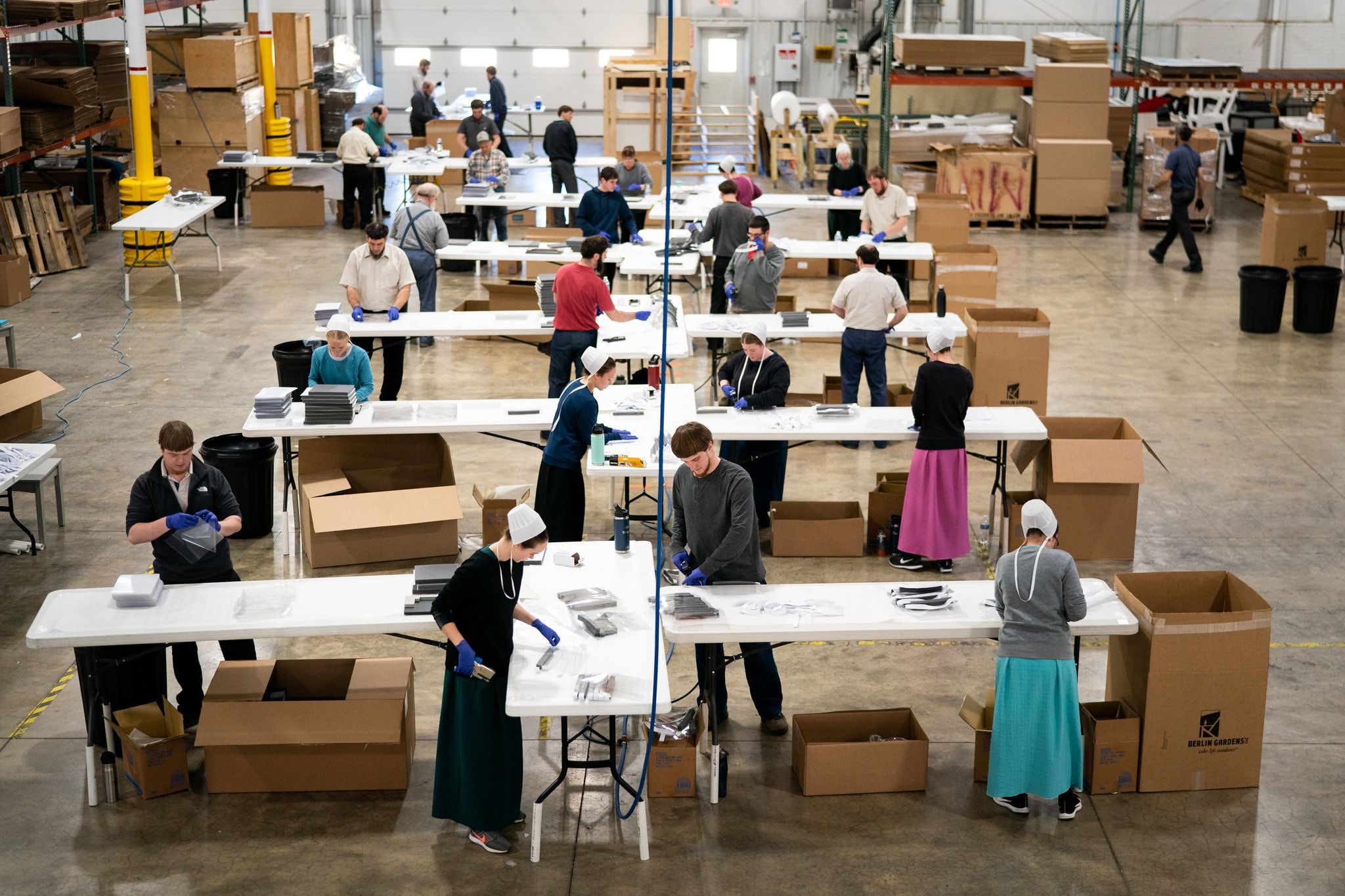 In Ohio, The Amish Take on the Coronavirus

SUGARCREEK, Ohio — On April 1, John Miller, a manufacturer here with deep connections to the close-knit Amish community of Central Ohio, got a call from Cleveland Clinic. The hospital system was struggling to find protective face masks for its 55,000 employees, plus visitors. Could his team sew 12,000 masks in two days?
He appealed to Abe Troyer with Keim, a local lumber mill and home goods business and a leader in the Amish community: “Abe, make a sewing frolic.” A frolic, Mr. Miller explained, “is a colloquial term here that means, ‘Get a bunch of people. Throw a bunch of people at this.’”

A day later, Mr. Troyer had signed up 60 Amish home seamstresses, and the Cleveland Clinic sewing frolic was on...
Click to expand...

You must log in or register to reply here.
Top