I own the CFX.
This conduction Portable heats up as fast as any vape I have ever seen! 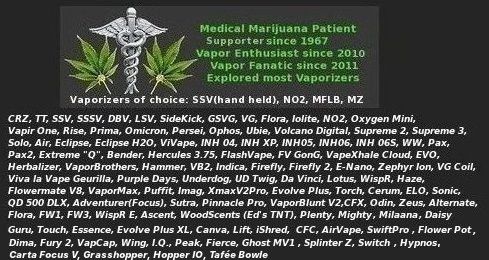 I just ordered a Tera , My CFX is a good hybrid vape and this Tera is even more powerful and Full Convection, 2 18650 replacable batteries. I'll respond again after it gets here....To be Continued

Staff member
I'm anxious to see how you like it @unklmark68 . Randy from @PuffItUp did a tear down of it earlier this month....

momofthegoons said:
I'm anxious to see how you like it @unklmark68 . Randy from @PuffItUp did a tear down of it earlier this month....

Yeah I saw that Thanks, I get all my vapes and accessories from PIU (Except 7thfloor stuff) Everyone who bought the V2 Tera, is now getting their V3 replacements,many are selling them.
I found a great deal on r/EntExhange

momofthegoons said:
I'm anxious to see how you like it @unklmark68 . Randy from @PuffItUp did a tear down of it earlier this month....

And Randy (@PuffItUp ) did a GREAT job on that tear down. VERY useful, yeah?
Cheers

Australian Vaporizers has both the V2 and V3 in stock and both are 20% off (use code SALE20 )as Aus Vapes are no longer stocking it, only the CFx? It brings the price down to only AU$224 / US$160 delivered free worldwide,
https://www.australianvaporizers.com.au/products/boundless-tera-vaporizer
Send them a reply to their order confirmation telling them which version you want. I just purchased one for myself as a looming birthday is on the horizon.
Ed's TNT now makes 2 stems to suit it as well, I will have a play with the standard stems first but I dare say I will end up with one or both;
https://edstnt.com/vaporizer-accessories/Boundless 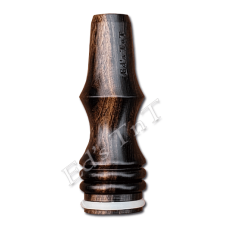 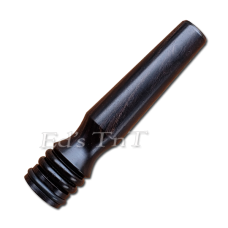 Got my Tera today, first impressions are that it feels and looks way classier than the CF/x, what is similar is the new car smell. The smell is nowhere near as bad as I thought it would be from all the bad press, thankfully!
It still had to go through my pre-use regime;
A wipeout of the oven with 99.0% Iso then a fan dry followed by 6 or so burn offs in concentrate mode(260 Celsius;); 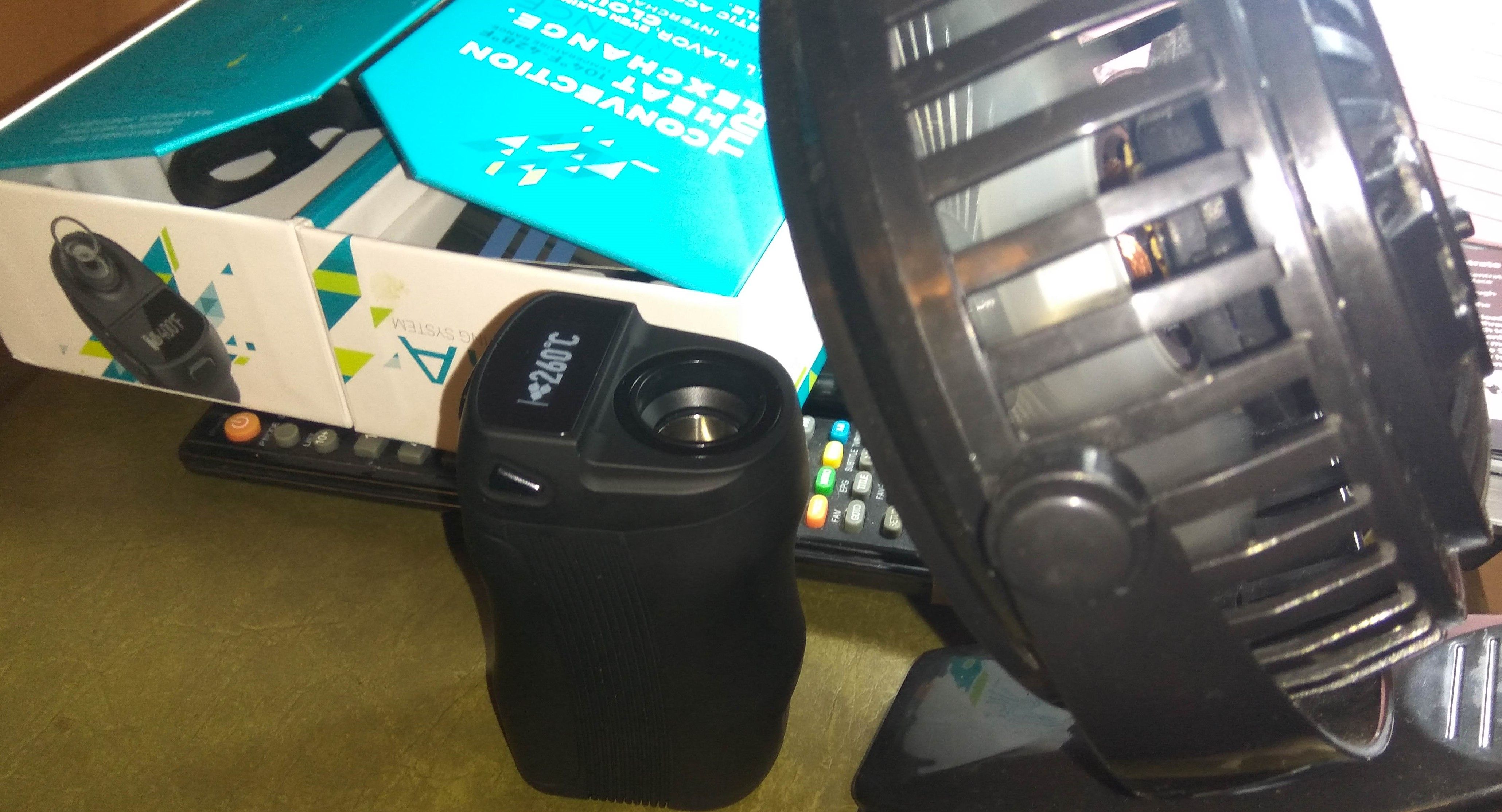 While that is drying/cooking off, I put all the other pieces in the ultrasonic cleaner with washing up detergent, rinse and repeat 3 times then another 3 goes with just water to flush all the detergents (25 minutes each go at 50 Celsius); 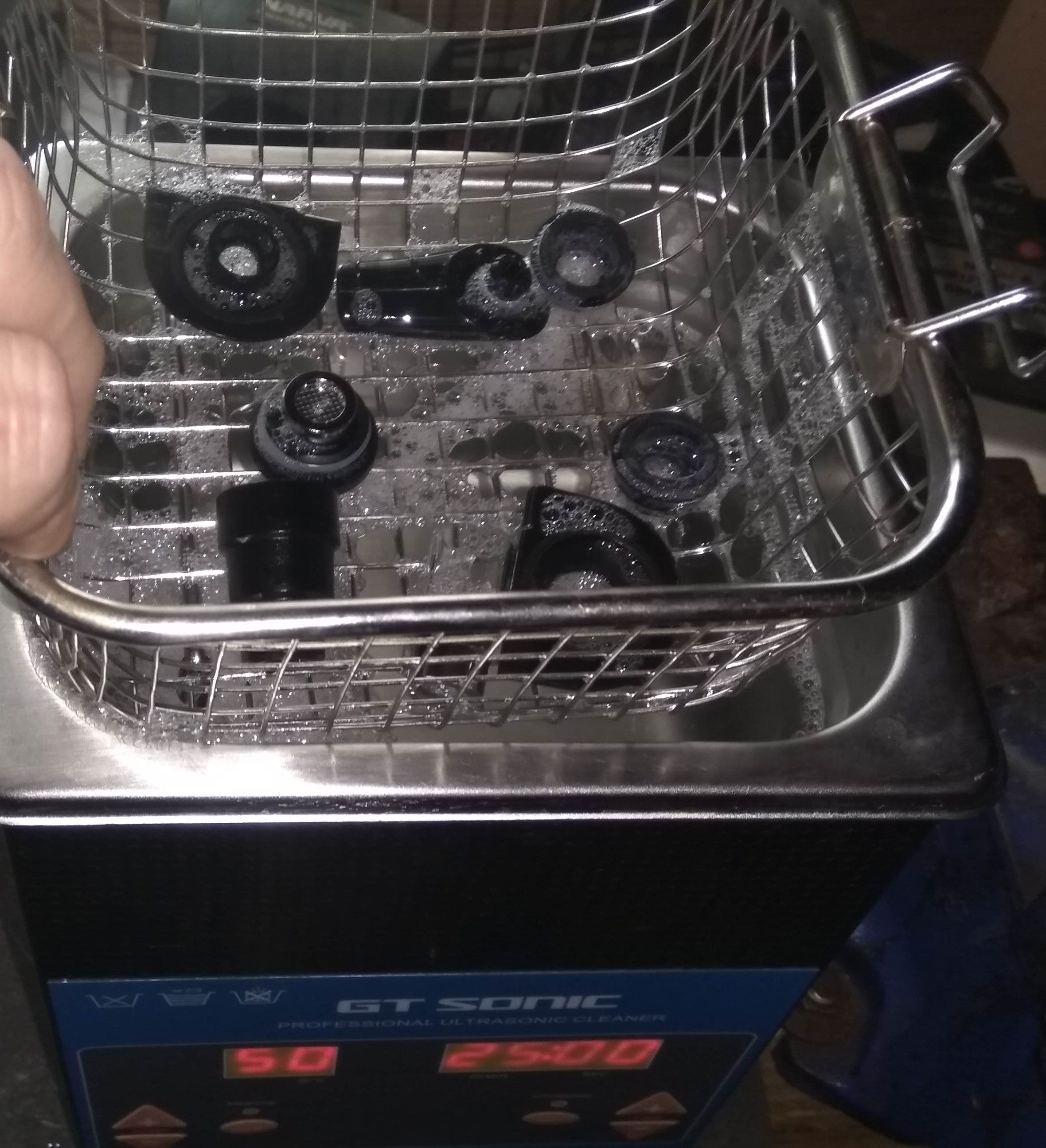 Followed by another few hours blow-dried in the sun; 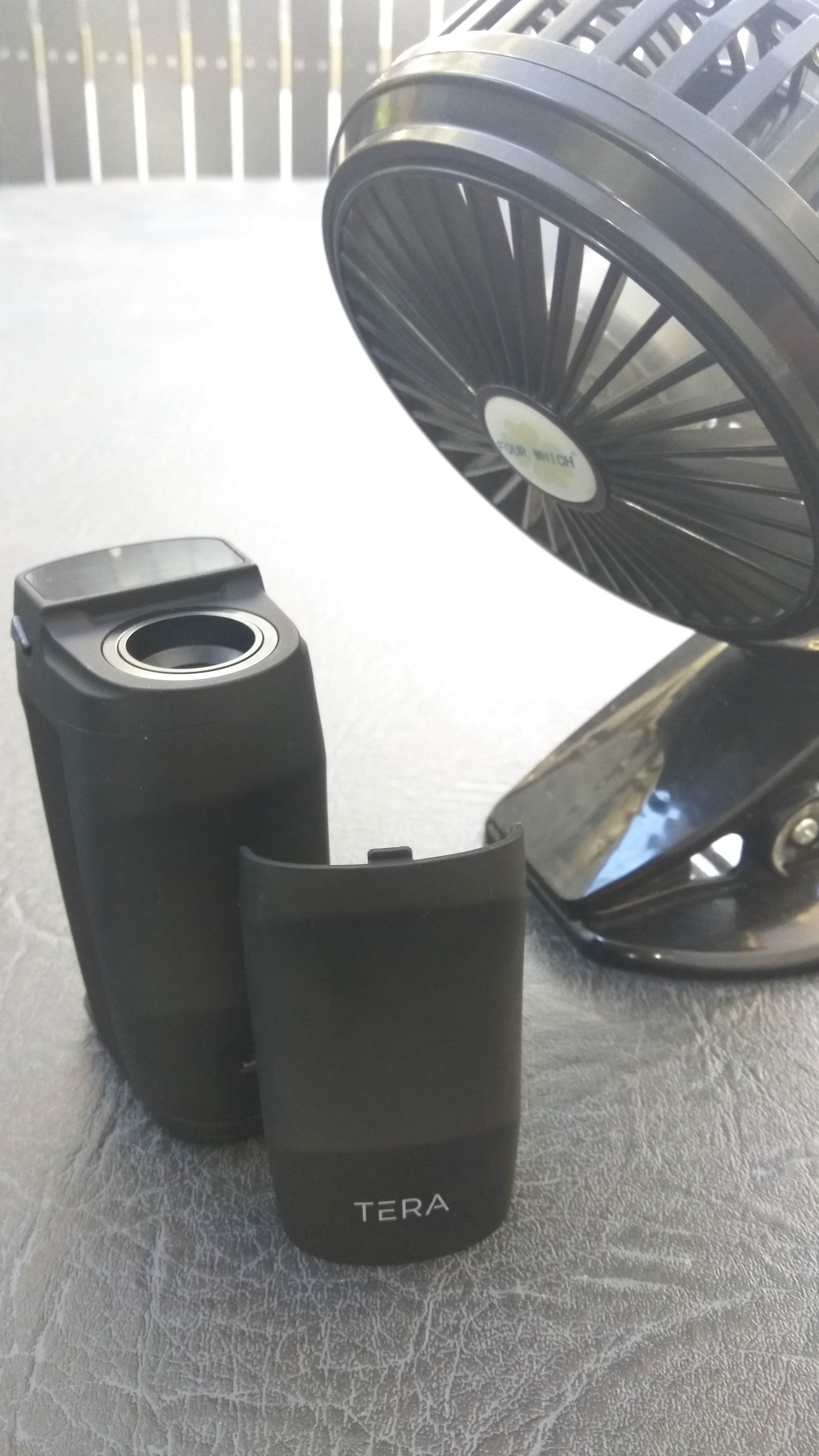 Then all packed up inside a ziplock bag with activated carbon for the night (I added all the other mouthpieces and wpa to the Tera in a coffee filter to keep the black dust off); 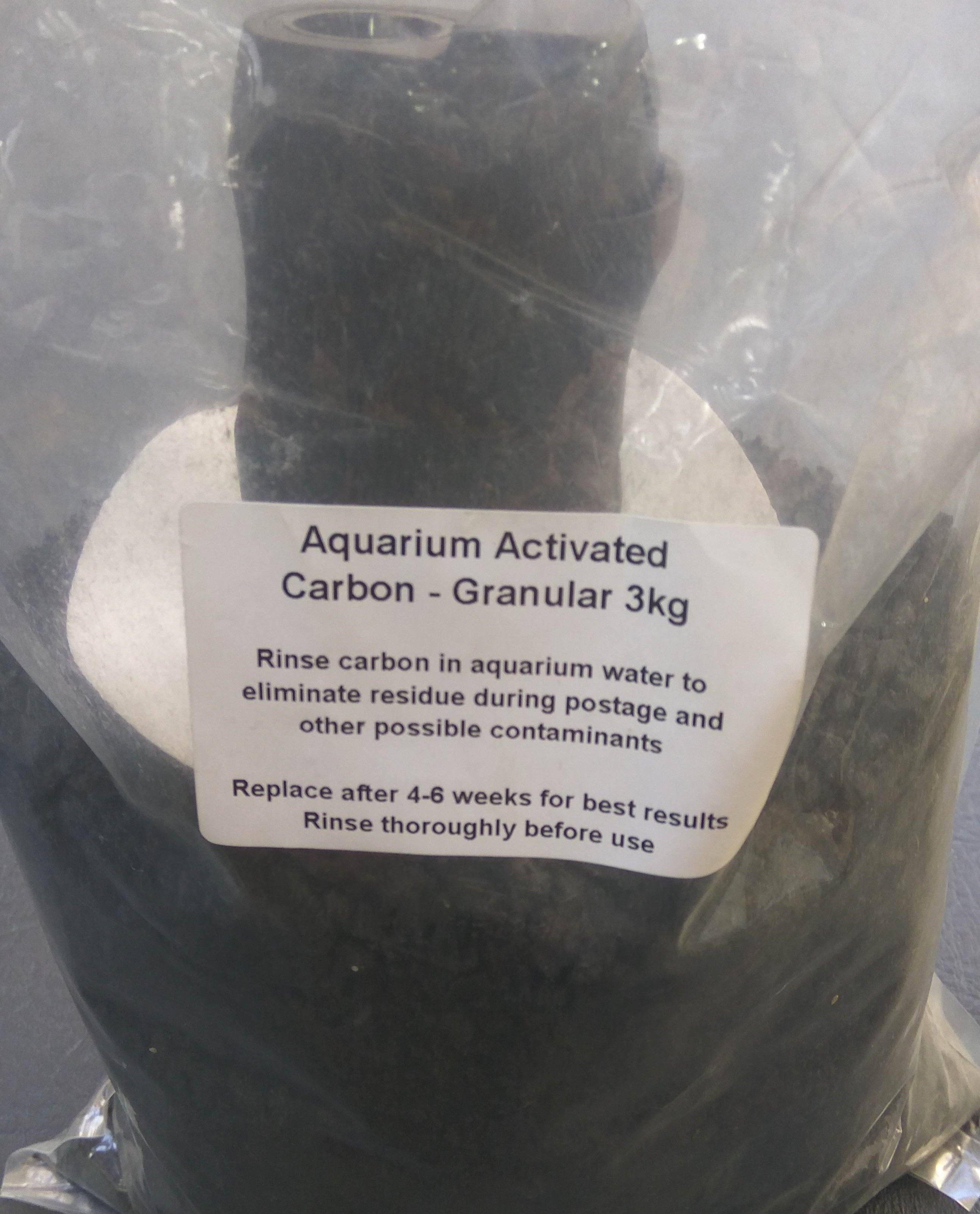 So I should not have used dishwashing liquid with the silicon parts in the ultrasonic cleaner, they soaked up the soapy smell

I finally removed the smell from the silicon bits by dropping them in a cup with white vinegar, let it soak for a minute then dropped in a tablespoon of bi-carb for a fizz followed by a really hot water rinse. Fixed.
Now performance, this thing is good, really good! It is quite like a Plenty in taste and blue vapor, only it is a bit easier to manage(inbuilt chamber, no cables, full temp control up to 220 C plus concentrate mode that is set at 260 C and a nice muted vibration when up to temp and when sesh times out.
I have used the standard and glass mouthpieces and both are great in their own way, the standard gives a bit of restriction for sipper rips and the glass is so tasty while offering near zero restriction.
The included wpa adapter works extremely well and I like water filled bongs. I played with some lower temps and they still produced some good sized clouds with great taste. My usual routine is to start on 190 for the first sesh until it times out (slight vibration) them go to 205 for another sesh until timeout then finish on 220 until vapor stops. I usually stir between each time jump.
I am still trying to work out how to use the concentrate mode with the unit upside down. I would recommend this vape even without the concentrate mode.
I went to a 50th birthday party on the weekend and gave a few smokers a go and all were impressed, I have not had this happen with my other portables, usually, you will get one or 2 people say 'Is it on', you know the ones.
I had my rattle van there and stuck the Tera on 220, I had a nice long hit to warm everything up, passed it to a bong smoker and said pull till you can't pull no more, as hard as you like. He took a nice long hard pull passed it back and said "I could taste it but not feel it', he was puffing out a heap of blue vapor as he said this then staggered a bit and had to sit down.Fucking know all smokers He took down the details to get one.
These are on sale until sold out at,
https://www.australianvaporizers.com.au/products/boundless-tera-vaporizer
Use code;
SALE20
It works out to AU$224 delivered, they also post free worldwide for US$160....a bargain, get one before they are gone, they also have a 3 year warranty, just make sure you ask for the V3.
I have only been using for a week, I will post again when I am more familiar with it.
Also, F2 users be warned, 3 clicks put this baby into concentrate mode,

Staff member
@LesPlenty how long before you get that vibration that your sesh is over?

LesPlenty said:
I was just thinking about that, 5 minutes after you start the heat cycle.
Click to expand...

Great minds and all that lol....

Five minutes is a nice amount of time. One of my only beefs with the Fury2 is the short sesh time.

A bit more info, the Tera takes 25 seconds for the first bowl of the day to get to max temperature 221 C from 15 C so leaves 4:05 for your sesh(5 min total), the second heat cycle on the same bowl took 14 seconds to hit max temp, 3rd heat cycle took 8 seconds, pretty quick!
Also, someone on FC said the S&B dosing caps don't fit; 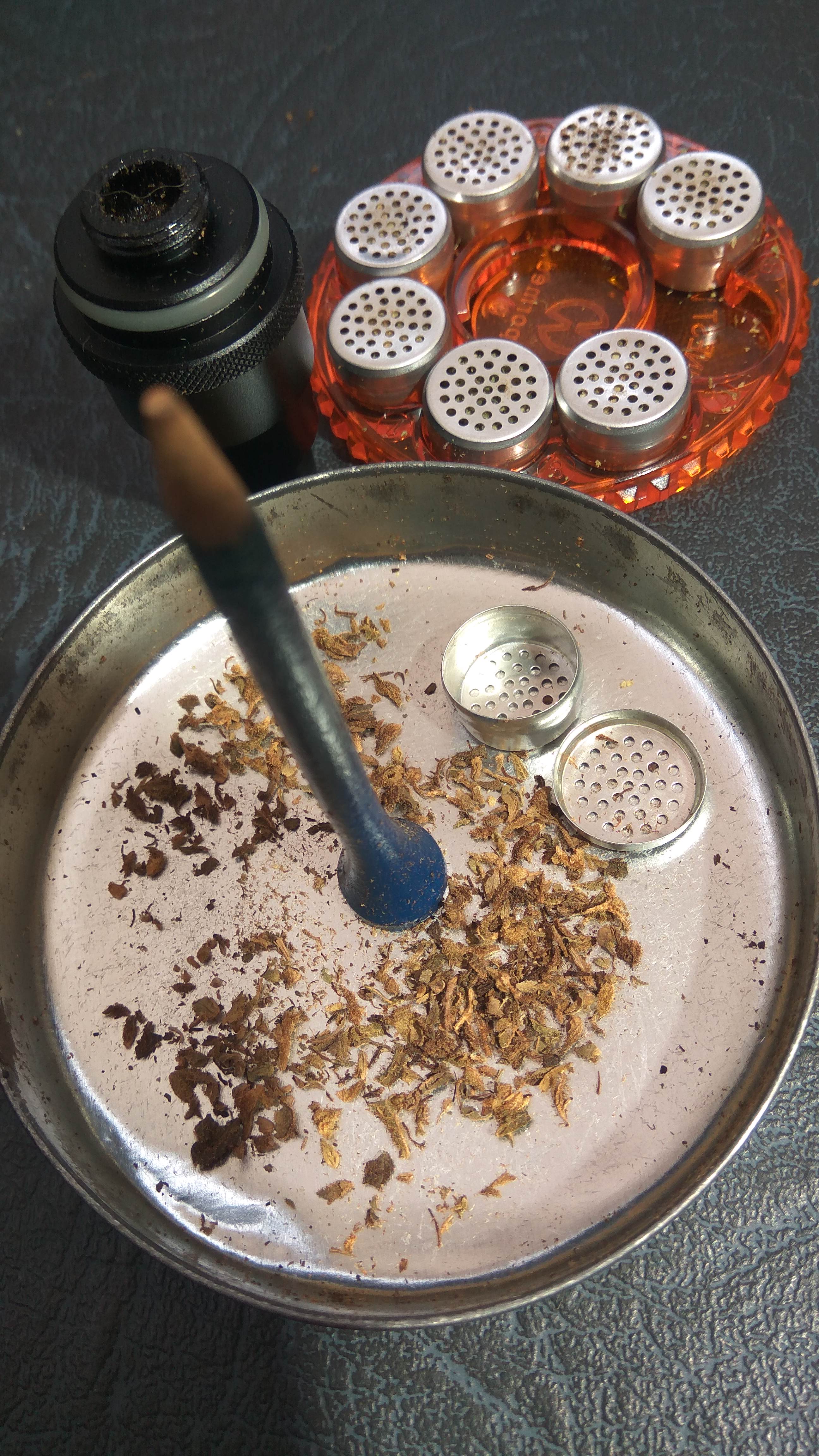 I found some old white rhino hiding in my Plenty magazine (shows how much I like micro-dosing in it) and the filter disc needs to be removed from the WPA, but it worked just fine. The above is ABV from 3x5 min sessions on 220 C, Pretty even extraction (the darker stuff is in shadow) the clouds were not as thick though (that's why I don't use dosing caps much).

LesPlenty said:
Edit: How did that pube get on my WPA?
Click to expand... 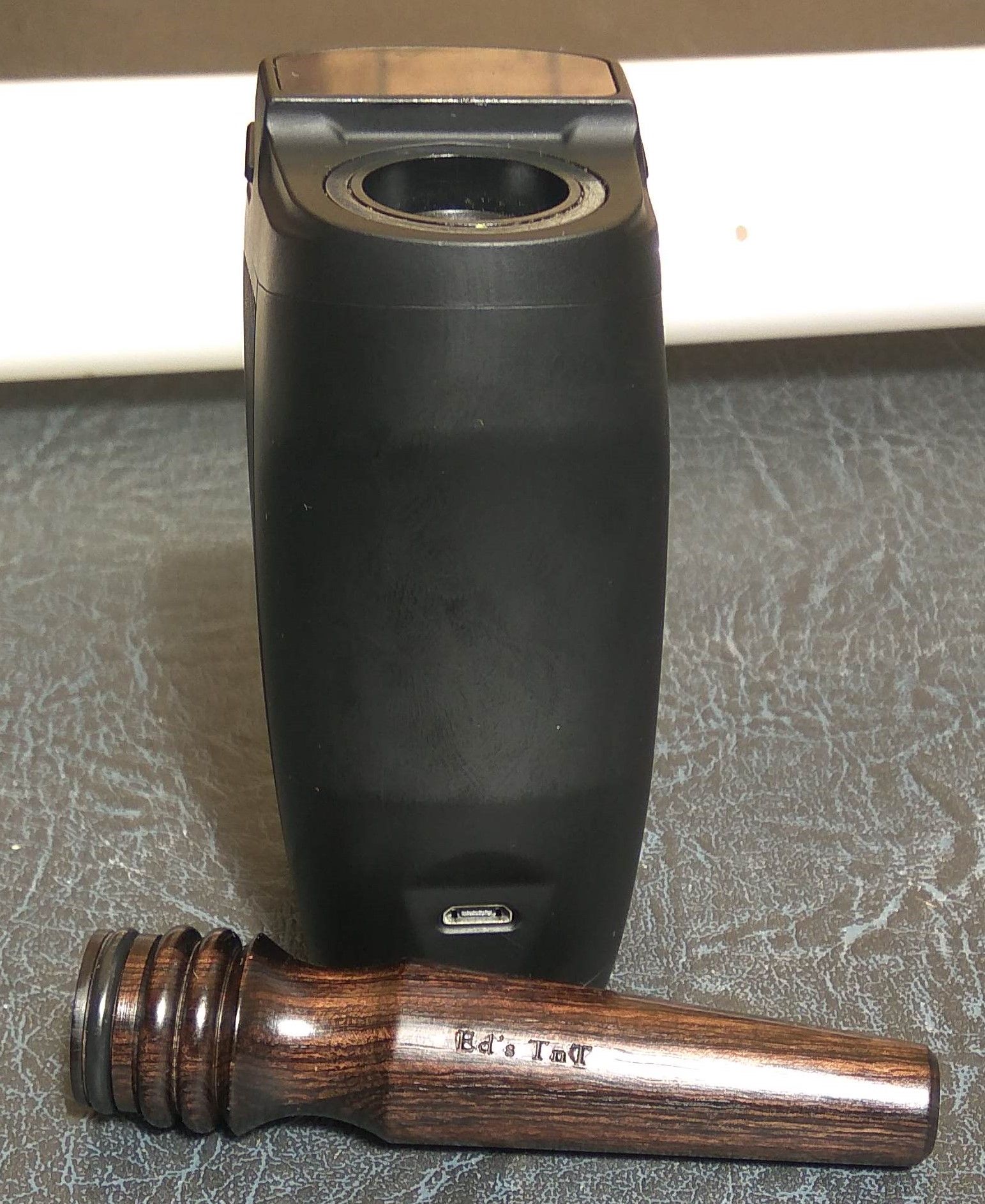 It holds about0.08 gram in the curved screen, you can just vape this with nothing in the Tera bowl for micro-dosing (works well) or you can add this to a full Tera bowl for a bit more oomph or just use with a normal packed Tera for a bit longer/cooler air path (it even works as a 14-18mm WPA so good for finishing off a bowl.
It is also very free-flowing, more than any of the stock ones.
It also has a really nice glossy finish, almost glass-like the only improvement I could see is a glass condenser for easier maintenance.
Also, there was no plastic stink involved

LesPlenty said:
I managed 3x sessions on the first bowl then the rest were 2x sessions per load for a total of 7 full bowls. The temperature only dropped below 140 C twice between sessions but never below 60 C...needles to say, I was well rooted after that, next up a pair of LG HG2s.
Click to expand...

Thanks for taking one for the team lol.... all in the name of science; right?

OK the LG HG2 batteries lasted 16x5 minute loads tested the same as above, no breaks....phew
ABV from the 16x 5 minutes sessions for a total of 8 bowls; 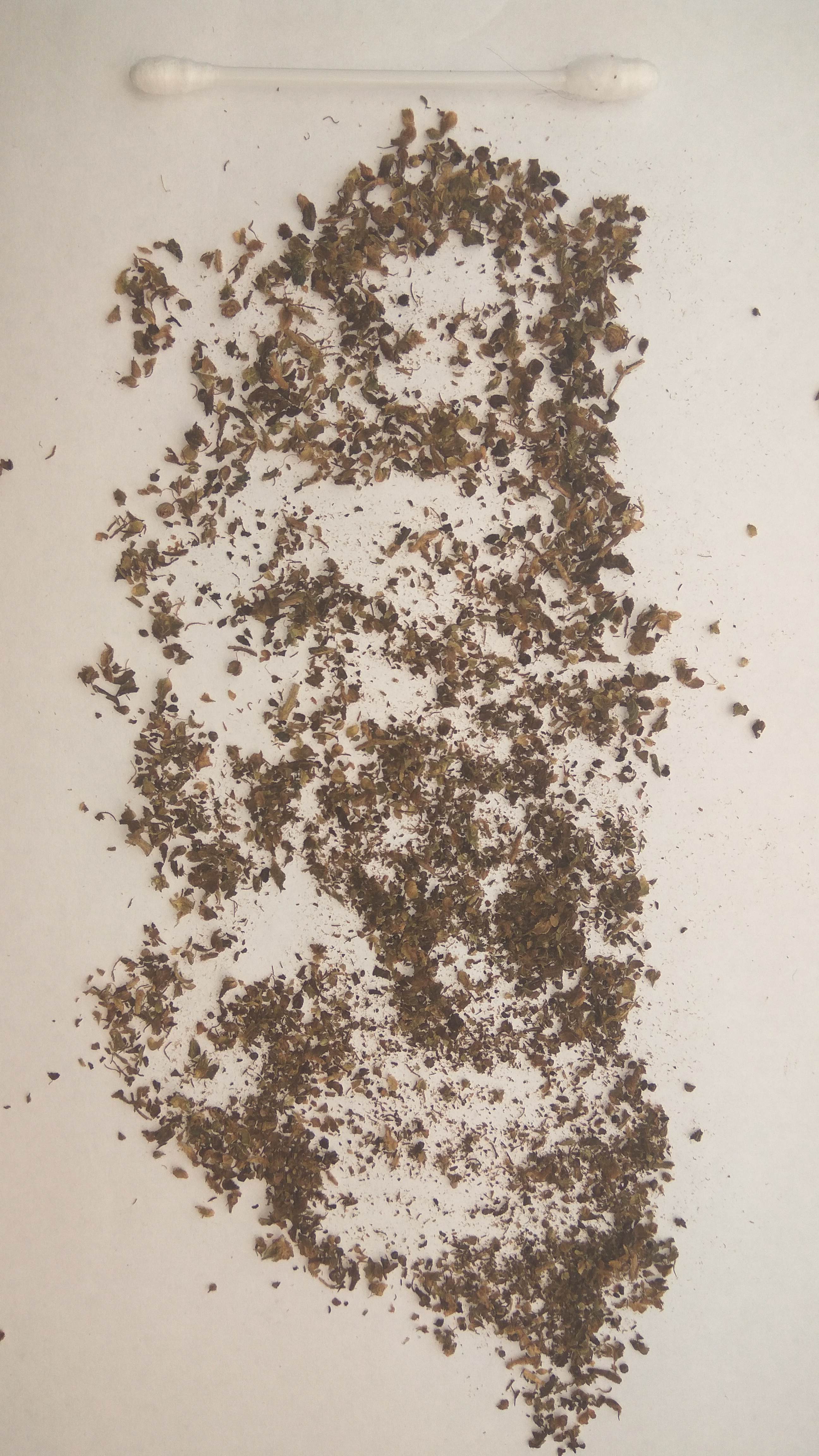